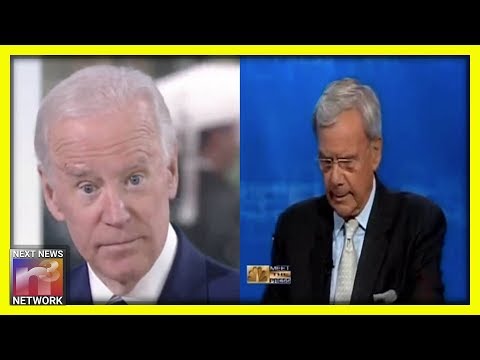 As Joe and Hunter Biden are embroiled in the Ukraine controversy, it is important to note that this is not their first rodeo.

11 years ago the media was somewhat different.

They were still pro-liberal, but not as blatantly so.

‘Wasn’t it inappropriate for someone like you in the middle of all this to have your son collecting money from this big credit card company while you were on the floor protecting its interests?

Brokaw calls attention to a 2008 article from the Wall Street Journal about the Biden Corruption:

“That’s a reference to your son being hired right out of law school by a big company here in Delaware that’s in the credit card business, MBNA. He got about $100,000 a year, as I recall. You received $214,000 in campaign contributions from the company and from its employees. At the same time, you were fighting for bankruptcy bill that MBNA really wanted to get passed through the Senate making it much tougher for everyone to file bankruptcy. Senator Obama was opposed to the bill. Among other things, you couldn’t in fact claim that you had a problem because of big medical bills. You voted against an amendment that would call for a warning on predatory lending. You also opposed efforts to strengthen the protection of people in bankruptcy. This is an issue that you’ve heard about before. Your son was working for the company at the same time. In retrospect, wasn’t it inappropriate for someone like you in the middle of all this to have your son collecting money from the big credit card company while you were on the floor protecting its interests?”

Biden has also denied he spoke with his son about dealings with Ukraine. The problem is that a photo came out of Biden golfing with Hunter and a key Burisma board member Devon Archer (pictured on the left below). Oops!

The video below is an excellent explanation of what went on in Ukraine with Joe and Hunter Biden.

It’s good to be Joe Biden’s son I suppose.

Hunter Biden is a known drug addict and that addiction caused his marriage to fail, according to his ex-wife.

Everything about the Biden’s, as could be said for many/most political families, is smoke and mirrors.

Once upon a time the media asked the tough questions that they avoid today.

This is the game being played and now the lying media, and politicians alike, are coming for The People’s President.