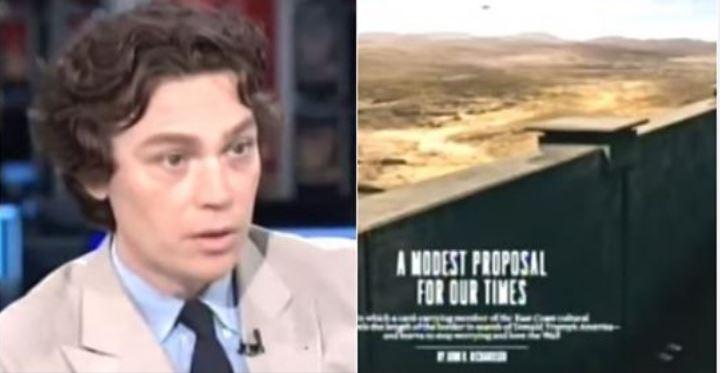 It turns out that most people at the border WANT Trump’s wall built! That’s right folks, and these aren’t just Republicans! “Hispanic, Anglo, Democratic, Republican, uncommitted, clueless, whatever- they want the WALL!

Esquire sent a journalist to Texas with orders to survey the people living along the border and ask them what they think needs to be done to stop the flow of illegal immigrants, Mike Opelka at TheBlaze reports.

The magazine’s editor-in-chief, Jay Fielden, recently appeared on MSNBC’s “Morning Joe” to explain what happened when Esquire sent what host Joe Scarborough referred to as a “liberal journalist” to the Texas-Mexico border. Fielden said he instructed the reporter to “go down there with no preconceived notions, just an empty notebook.”

Fielden, a former Texan, explained the assignment was to drive or walk the 800-mile border and “talk to whoever you see and let them tell us what’s really going on and whether we need a wall,” he told Scarborough and his panel.

“They said, ‘Build the wall,’” Fielden said, adding, “Most of those Hispanics are first-generation and they see it as unfair,” he said. “I think they feel, as one guy said, ‘Get in line.’”

“Most of those Hispanics are first-generation and they see it as unfair, that they came over the legal way, became citizens, and now they’re having to compete for jobs with those coming across the border on a daily basis,” explained Fielden.

So there you go! We will NEVER have a secure border if a filthy Democrat wims the 2020 Presidential election. But we will have the biggest wall and our Border Patrol will have the state of the art equipment and the green light to deport these illegals while Trump is president!