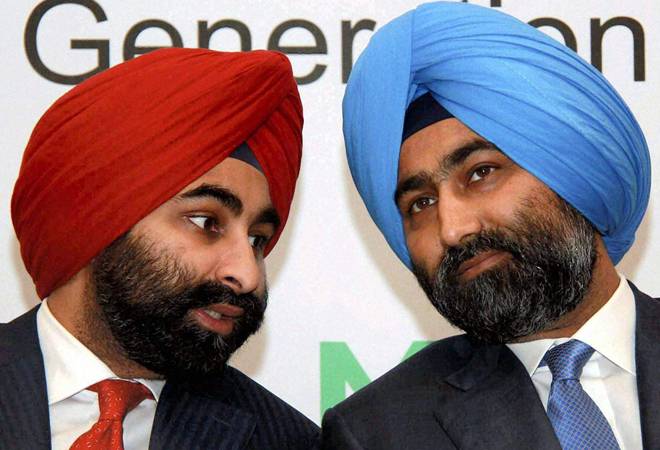 Malvinder Singh and Shivinder Singh have been arrested in connection to a fraud case in India, and according to True Pundit FBI Agents will soon be on their way to India to interview the duo.

The brothers have probable criminal connections to The Clinton Foundation.

In 2016 The Pittsburgh Post-Gazette feature an articled entitled The Clinton Foundation’s dodgy record with Ranbaxy.

Here are some excerpts.

On a visit to Mumbai in April 2013, Bill Clinton praised Indian generic drug companies Ranbaxy and Cipla for their “stellar contribution in the fight against the HIV/AIDS scourge.” Their cheap drugs saved millions of lives, the former president said.

The antiretroviral (ARV) drugs Ranbaxy sold were so cheap because they were frauds. The Clinton Foundation facilitated distribution of watered down drugs by “creating the necessary logistics,” according to a report by U.S. Rep. Marsha Blackburn, R-Tenn., and her staff.

These drugs “subjected patients to increased risks of morbidity and mortality,” the Justice Department said in its lawsuit against Ranbaxy.

Clinton aide Ira Magaziner approached Ranbaxy in 2002 with a proposition:

“They could put the developing countries together to form a sort of ‘buying club’ that could “ramp up economies of scale and lower cost,” said Ethan Kapstein and Joshua Busby in their 2013 book, “AIDS Drugs for All.”

Ranbaxy was owned then by brothers Malvinder and Shivinder Singh, who had what Australian journalist Michael Smith calls a “dodgy” reputation. The Singh brothers sold their interest in Ranbaxy to a Japanese firm in 2008. Daiichi Sankyo sued them for concealing information about their many lapses in quality control. An Indian court ordered the brothers to pay Daiichi $385 million in damages.

Initially, Ranbaxy’s defective ARV drugs were distributed in four African and about a dozen Caribbean countries. Distribution of low cost generics manufactured in India was expanded to other developing countries after what became known as the Clinton Health Aids Initiative negotiated a deal with the UNITAID consortium. Established in 2006 by Britain, Brazil, Chile, France and Norway, UNITAID is financed chiefly by levies on airline tickets.

In 2012, the Justice Department banned Ranbaxy from selling in the U.S. drugs manufactured at several Indian plants. A month after Mr. Clinton’s lavish praise for the firm, Ranbaxy pled guilty to criminal counts of selling adulterated drugs with intent to defraud.

“Who cares? It’s just blacks dying.” That’s how a senior Ranbaxy executive dismissed concerns expressed by other executives the company was manufacturing defective medicines, Fortune magazine reported in a lengthy expose that month (May 2013).

The whistleblower, Dinesh Thakur, told the Daily Caller he tried to meet with Clinton Foundation officials, but they blew him off.

The Clinton Foundation’s “India success story” was an exercise in “self-serving philanthropy,” concluded the Blackburn report. The Indian firms involved soared in value. Executives of these firms made donations to the Clinton Foundation, and there were “possible kickbacks in the form of million-dollar consulting contracts to President Clinton from the friend of convicted felon and Ranbaxy advocate Rajat Gupta,” the report said.

True Pundit reported on Tuesday, that the shady duo may be poised to throw the Clintons under the bus to save themselves.

Two of the Clinton Foundation’s shady international partners have been arrested for fraud.

And experts and law enforcement officials in the United States say this spells potential big trouble for Bill & Hillary Clinton and their own shady ‘charity’ known as the Clinton Foundation.

Authorities in India have arrested businessmen brothers Malvinder Singh and Shivinder Singh in an alleged fraud case — one of many linked to this duo.

The Singh brothers are former promoters of Fortis Healthcare and Ranbaxy Laboratories and are no newcomers to sweeping allegations of fraud. It is believed untold millions of dollars in kickbacks were funneled by the brothers into the bank accounts of the Clinton Foundation for peddling fake HIV drugs to impoverished communities and children with the help of the Clinton’s.

The Clinton’s might have also siphoned millions of dollars from the alleged schemes into their personal bank accounts as well.

Ortel said the fear for the Clinton’s is that the Singh’s will sing and rat out the intricacies of previous frauds linked and illicit funds to and from the Clinton Foundation. One federal law enforcement source told True Pundit on Tuesday that the wheels were already in motion to inteview the brothers. FBI agents would likely be dispatched to India to begin a dialogue with the brothers and their legal reps, the source said.

I’m not one to believe stories that cite “sources” but the facts are what they are, whether the “sources” are real or imagined.

The Singhs and Clintons allegedly pushed bad drugs for profit.

They allegedly made millions doing so.

If this does not warrant an investigation/interrogation then I’m not sure what would.

Bill and Hill better hurry and get a hit done before the Singhs start to sing.

The facts make it apparent that the Singhs could be in for an Epstein-like prison experience.

Most Recent Arkancides from the Archives…