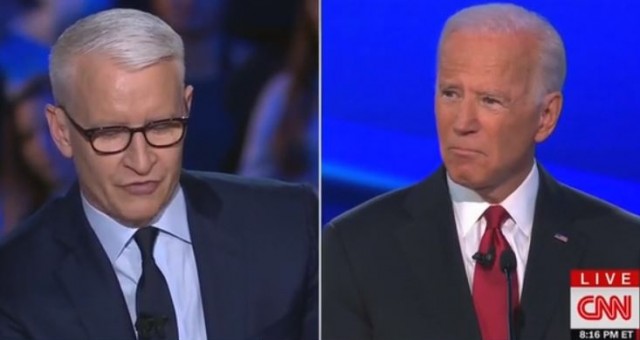 Watch as Joe Biden loses his train of thought when asked about his son Hunter’s business dealings:

My question is, if it’s not okay for a president’s family to be involved in foreign businesses, why was it okay for your son when you were vice-president?

He spoke about it today. My son’s statement speaks for itself.

What I think is important is we focus on why it’s so important to remove this man from office.

On the — look, the fact that George Washington on the first time he spoke after being elected, that we had to worry about is foreign interference in our elections. It was the greatest threat to America.

The fact is that it is outrageous.

Rudy Giuliani, the president and his thugs have already proven that they, in fact, are flat lying.

What we have to do now is focus on Donald Trump. He doesn’t want me to be the candidate.

He is going after me because he knows if I get the nomination, I will beat him like a drum.