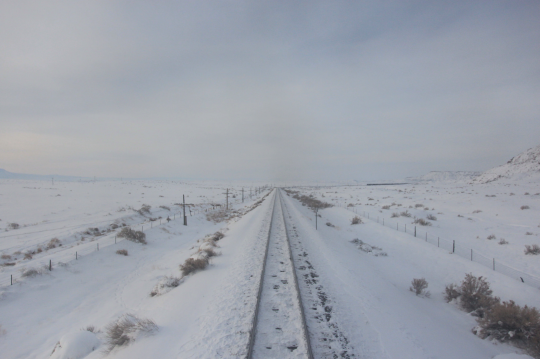 Snow usually blankets the Upper Midwest around the first week of November, and so that means that many farmers in the Midwest only have about two weeks to salvage what they can before everything is lost.  The unprecedented October blizzard that we just witnessed dumped massive amounts of snow on millions upon millions of acres of crops from Colorado to Minnesota.  Even if the weather is absolutely perfect between now and November 1st, farmers are still “expecting massive crop losses”. In fact, one South Dakota lawmaker told the press that the crop losses will be “as devastating as we’ve ever seen”.  And as you will see below, even parts of the Midwest that didn’t get hammered by the recent blizzard are potentially facing “record-low” harvests this year.  We have never seen a year this bad for Midwest farmers in modern American history, but if the weather does not cooperate things could rapidly get much, much worse over the next two weeks.

Because of all the rain and flooding earlier in the year, many Midwest farmers faced serious delays in getting their crops planted, and so they were counting on good weather at the end of the season so that their crops could fully mature.  Unfortunately, that didn’t happen, and the recent Midwest blizzard was definitely a nightmare scenario…

Wall Street Journal writers Jacob Bunge and Kirk Maltais reported on Monday that, “Farmers who delayed planting in waterlogged fields this spring face a new threat as they race to harvest their crops: snow.

“Heavy snowfall and high winds over the past several days buffeted northern Farm Belt states where many farmers faced historic planting delays last spring. The early blizzard bookended a trying year for U.S. farmers. Crop prices generally remain under pressure because of high supplies and slackened demand as a result of the U.S.-China trade war. And many crops now threatened by a freeze are immature because they were planted so late.”

When the snow began blanketing the Dakotas, most of the corn was not even mature yet.  The following numbers originally come from the Wall Street Journal…

The Journal writers explained that, “The cold weather is a big threat to vulnerable crops. Only 22% of corn in North Dakota was mature as of Oct. 7, and 36% in South Dakota. In the 18 biggest corn-producing states, 58% of this year’s crop was mature, versus an average of 85% by that date over the previous five years, according to the USDA.

Right now, there are millions upon millions of acres of crops that farmers cannot even get to because of all the snow.

If we do not get some warm weather over the next two weeks, they may not be able to salvage much at all, because winter weather season is rapidly approaching…

In normal years, winter weather hits much of the Upper Midwest portion of the Great Plains around the beginning of November, Isane said. After that, it is too late to bring in most crops.

That means, farmers have about two weeks to carry out their harvest — or lose it.

Essentially, we are potentially facing a crisis unlike anything we have ever seen before.

The next two weeks will determine whether many Midwest farmers make a paycheck for the year or not, and so at this point “the stress level is off the charts for these guys”…

“Nobody really knows what will happen because we don’t know what the weather will be,” said Luther Markwart, the executive vice president of the American Sugarbeet Growers Association. Most of the sugarbeets in the country are grown in the Great Plains area that was hit by last week’s blizzard.

“So, the stress level is off the charts for these guys,” Markwart said. “Just think if your entire year’s paycheck was made in the next two weeks — or not.”

And even without the recent blizzard we were still facing very serious crop failures across the Midwest.  Most parts of Michigan didn’t really get hammered by the recent blizzard, but it is being reported that farmers in Michigan “could see record-lows in their crops in 2019″…

Michigan farmers could see record-lows in their crops in 2019, according to the latest U.S. Department of Agriculture October Crop Production Report.

According to the USDA’s National Ag Statistics Service (NASS), Michigan farmers will be bracing for a rough harvest due to extremely variable crop conditions, wide-ranging stages of crop maturity and muddy fields.

A lot of people don’t seem to understand that if farmers don’t grow our food, we don’t get to eat.

So is anyone out there willing to dramatically reduce the amount of food that they will eat in 2020 so that everyone else will have enough?

Because what we are facing is not pretty.  According to the report that I just quoted, soybean production in Michigan this year will be down 31 percent…

The soybean production in Michigan was projected at 75.7 million bushels, a 31% decrease from last year and the lowest since 2008.

And actually the numbers in the Dakotas will be far, far worse than that if farmers are not able to get out into their fields over the next two weeks.

Meanwhile, the African Swine Fever crisis over in China continues to escalate.  The following very alarming information comes to us from Zero Hedge…

In a report on Monday, we detailed how pork spot prices have soared across China as the African Swine Fever has killed 50% of the country’s hog population. The price increase (as ‘pig ebola’ spreads) has already pushed up consumer inflation to a six-year high. Now analysts are telling Reuters on Tuesday that pork prices are expected to move significantly higher through year-end.

New data published Monday from the Ministry of Agriculture of the People’s Republic of China showed the pig-apocalypse continues to get worse.

Retail pork prices in the country have jumped 84% from last year to $2.78 a pound.

Needless to say, this crisis is pushing up pork prices all over the globe, and what we have witnessed so far is just the beginning.

We are entering a season of time that will be unlike anything we have ever seen before.  Here in the United States, it has always been safe to assume that our supermarkets will always be teeming with plenty of inexpensive food, but now a major shift is happening.

Everyone acknowledges that food prices are going to go up.  The real debate is about how high they will ultimately go.

The next two weeks are absolutely critical.  It is “make or break time” for many Midwest farmers, and they are itching to get out into their fields.

So let us hope that the weather cooperates, because we essentially need a miracle at this point.