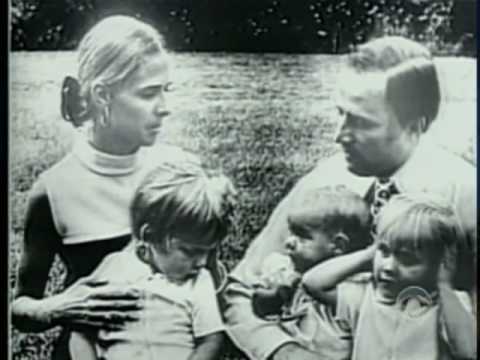 In 1972 Joe Biden lost his wife and infant daughter in a horrific accident with a semi.

As of 2007, Joe Biden was still alleging that the truck driver was drunk, despite his wife clearly being at fault.

This CBS Video was broadcast in 2009:

The truck driver’s sobriety should have NEVER been in question because Biden’s wife was clearly at fault.

In 2008 The Newark Post made this clear (emphasis added):

Dunn was the tractor-trailer driver involved in the December 1972 accident that took the life of the newly-elected U.S. Senator’s first wife, Neilia, and 13-month-old daughter, Naomi.

Dunn died in 1999, but his daughter says she’s fed up with Biden publicly mischaracterizing him as having been drunk when the accident occurred.

According to Delaware Superior Court Judge Jerome O. Herlihy, who oversaw the police investigation 36 years ago as chief prosecutor, there is no evidence supporting Biden’s claim.

“The rumor about alcohol being involved by either party, especially the truck driver (Dunn), is incorrect,” Herlihy said recently.

Police determined that Biden’s first wife drove into the path of Dunn’s tractor-trailer, possibly because her head was turned and she didn’t see the oncoming truck.

Dunn, who overturned his rig while swerving to avoid a collision, ran to the wrecked car and was the first to render assistance.

Police filed no charges against Dunn, who at that time lived in North East, Md. with his wife, Ruby, and their seven children.

Biden has been alluding to alcohol being involved in the crash for nearly a decade. During a speech in 2001, Biden told an audience at University of Delaware that a drunken driver crashed into his family.

He told a similar story during a public appearance in 2007.

More recently, the vice presidential candidate’s misrepresentation of Dunn has found its way into major newspapers, including the New York Times.

So Biden’s wife swerved into the path of the oncoming truck and the driver of the truck was the first to render assistance.

Yet 33 years later Biden, after Curtis C. Dunn was also deceased, was still calling him a drunk.

The knowledge of what really happened has been there for years, yet the media has helped to perpetuate the lie.

For years Joe Biden has told the story about how his wife and daughter were killed by a drunk truck driver in 1972.

The truck driver Curtis Dunn was never charged in the crash.

Newark resident Pamela Hamill wants an apology from U.S. Senator Biden (D-Del.) for his recent characterization of her father as having been drunk during the 1972 accident that killed the Senator’s wife and daughter.

In 2008 Pamela Hamill went public to clear her father’s name.

The crash was Neilia Biden’s fault.

This is awful. Did you know for years @JoeBiden told people his wife and 13-month-old daughter were killed by a drunk driver, when in fact the accident was tragically her fault. The truck driver was haunted by the accident until he died.https://t.co/f41yNvU8RY

The police report supported the fact that the tragedy was the fault of Biden’s wife, but in true liberal fashion Biden decided to play the role of victim for 35 years.

If you asked him in 2019, some 47 years later, he might still claim that Dunn was drunk and at fault.

This is Joe Biden.

Even in the face of tragedy, you’d think he’d give up the lie at some point.

There is no evidence he has done that.

And Joe, you would have us believe that the Bidens are totally innocent in this Ukraine controversy?

Sorry Joe, why would we believe anything that comes from your mouth after you ruined the reputation of a good man and the legacy his family has to live with?

Maybe your deceased wife was the one that was drinking Joe.

But let’s not go there and may everyone rest in peace.