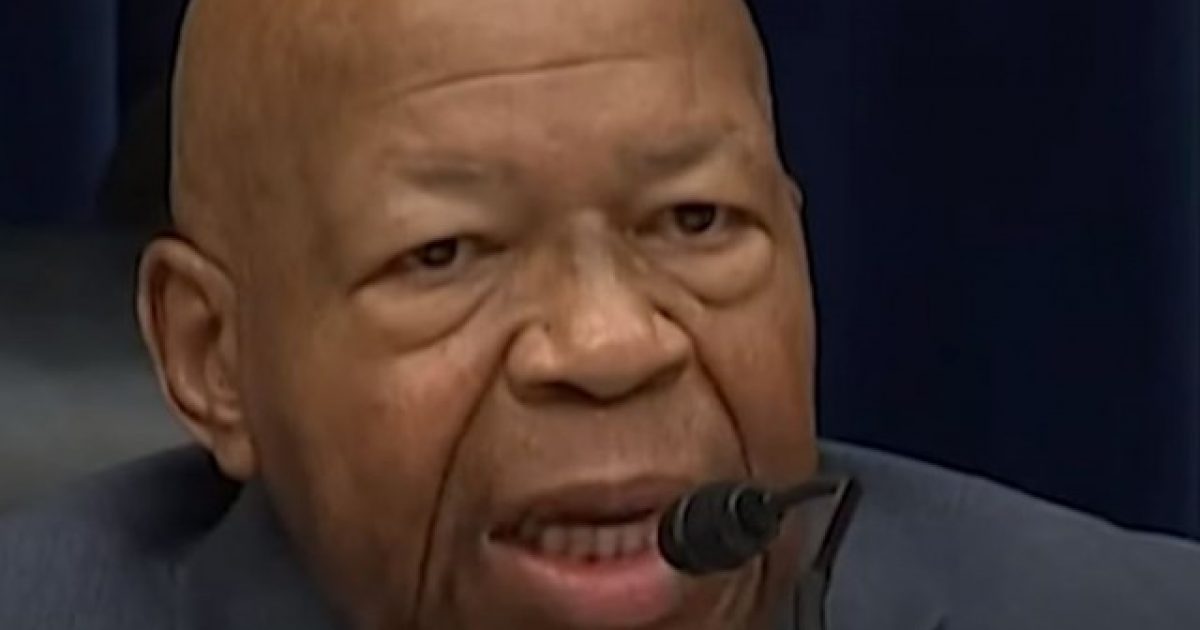 OPINION– Mark Sidney –  Let me start this off by saying that, tho I did not agree with Mr. Cummings’ views, nor his tactics towards the end of his life, I think we should all honor the good things the man did for humanity.  Elijah Cummings was a GIANT of the civil rights movement.

Here is the late Mr. Cummings walking with Martin Luther King Jr., fighting for equal rights at a time when doing so put one in real physical danger.  Don’t believe me? Look at what happened to Dr. King.

Upon his passing we should remember the good the man did in his life, and let him be a cautionary tale of what the city of Washington DC can do to even the most fearless men of the highest moral character.

Cummings was the Chairman of the House Oversight Committee and he was apparently churning out  subpoenas … while he was in hospice care.

“In fact, it was revealed that he signed subpoenas from his death bed just hours before he died.

The signatures on Cummings’s October 16 subpoenas look completely different from a September 30 subpoena so people are asking who really signed the documents.”

The claim apparently came from a CNN report, published on Thursday, which stated that Rep, Cummings allegedly signed subpoenas aimed at to two US immigration agencies …  mere hours before he passed away, while in hospice care, while on his deathbed.

“In one of his last official acts before his death, the late House Oversight and Reform Committee Chairman Elijah Cummings signed two subpoenas for documents related to a temporary end to a policy change that allowed some immigrants with severe health issues to remain in the US.

Hours before his passing, staffers drove the subpoenas to Baltimore for Cummings’ signature, said a Democratic committee aide.

“Chairman Cummings felt so strongly about the children, that he was going to fight until the end,” said the aide.

Many people are saying that Elijah Cummings’ signature on the October 16 subpoena sppears to be very different from his well known signature, which has appeared on many other documents.

Here’s one from September 30:

Here is an example of Cummings signature according to Wikipedia:

Some are suggesting that the signature was forged.  While this is a possibility, it could also be that the man was too weak to sign the document properly.  Which raises other issues of mental competency.  I feel badly even discussing this so soon after the man’s passing but it is too important not to.

I recently lost someone close to me, and he was in hospice care before he passed too.  While each individual’s circumstances are different, I know that hours before my friend’s passing, he was in no condition even open his eyes, much less understand or sign anything.

I want to be clear that this is not an attack on Mr. Cummings or his legacy.  In fact, if he was truly fighting for what he thought was right, up to the very moment of his death, this is a great story of heroism, even if I may disagree with his purpose.

However, with the way I perceive things to be operating within Washington DC, I do believe that anything is possible.  I will leave it up to you to decide what you think happened here.