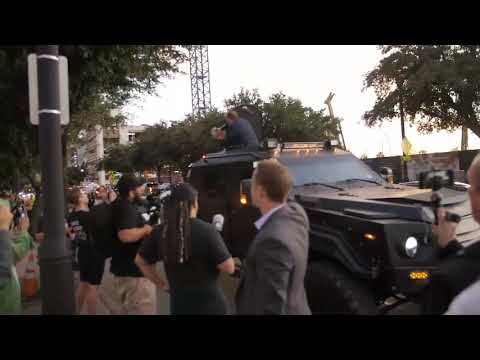 DALLAS (INTELLIHUB) — Infowars frontman Alex Jones arrived at a Donald Trump rally on Thursday in an armored vehicle with several bodyguards where he bull-horned important messages to the crowd.

Jones told the crowd that “the deep state’s attempt to silence patriots is failing” and made clear that “America is coming back from the dead.”

“America is back and President Trump is stronger than ever,” he said. “They are not going to repeat what they did to Kennedy 56 years ago here in Dallas.”