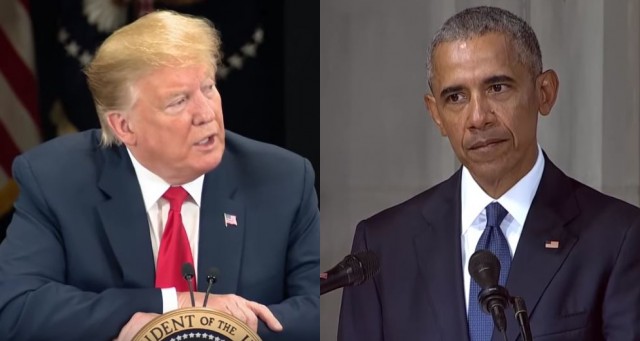 Opinion | L. David| Oh dear.  President Trump appears to have untied the Gordian knot the has allowed the Mockingbird Media to explain away the corrupt constructs of the Deep State.

After a three-year disinformation campaign that failed to acknowledge any exculpatory evidence coming from Spygate researchers as well as a massive effort to squelch any positive reporting about the successful policies of President Trump, it appears the mainstream media’s campaign to protect the corrupt Washington establishment has failed… yuugely!

Only 22% of respondents told Rasmussen that they believed “it was not at all likely senior law enforcement officials broke the law.”

Those flagging poll numbers likely explain the desperate so-called ‘whistleblower’ campaign by ‘righteous’ members of that same intelligence community who refuse to identify themselves… or even to testify behind closed doors with high-level Republicans in the same chamber.

The poll may also have been the impetus behind Hillary Clinton’s reprise of her “Great Right-Wing Conspiracy” excuse with the new revised version… My opponents are Russian agents, all of them.

Perhaps Mrs. Clinton was trying to counter Trump’s successful “Drain the Swamp” campaign running against corruption among Washington’s political elite … with a ‘conspiracy theory’ of her own about Russians undermining her ‘career of public service.’

“Our movement is about replacing a failed and corrupt establishment with a new government, controlled by you the American people.

“The Washington establishment and the financial and media corporations that fund it exists for only one reason, to protect and enrich itself.

“The establishment has trillions of dollars at stake in this election for those who control the levers of power in Washington.

“And for the global special interests they partner with, these people that don’t have your good in mind, our campaign represents a true existential threat…

Hillary’s problem is that people, thanks to Donald Trump, now know that her career was spent serving herself, not the public.

Former President Barack Obama carved out a segment of the financial indulgence, and thereafter purchased the acquiescence of Team Clinton, when he handed Dame Hillary the keys to the State Dept as an outcome of the 2008 election.  Barry from Chicago and his fellow travelers would weaponize the domestic apparatus, and Hillary could graft the international effort; thus, the compact was sealed…

Fifty-one percent and we’re yet to see the IG report or hear from US Attorney John Durham and US Attorney General William Barr.

Inspector General Michael Horowitz has in excess of 500 investigators working with him.  His coming report is said to be, according to Fox News’ Maria Bartiromo, as thick as a phone book.

US Attorney John Durham has found it necessary to expand his staff as evidence continued being uncovered.

Neither of those two occurrences bodes well for Obama era Deep State operatives in the intelligence community.  Neither do these extensive investigations bode well for the Obama/Hillary State Department

He may be one man but somehow he has them surrounded…

This article originally appeared at Illicit Info OPINION BLOG and was republished with permission.