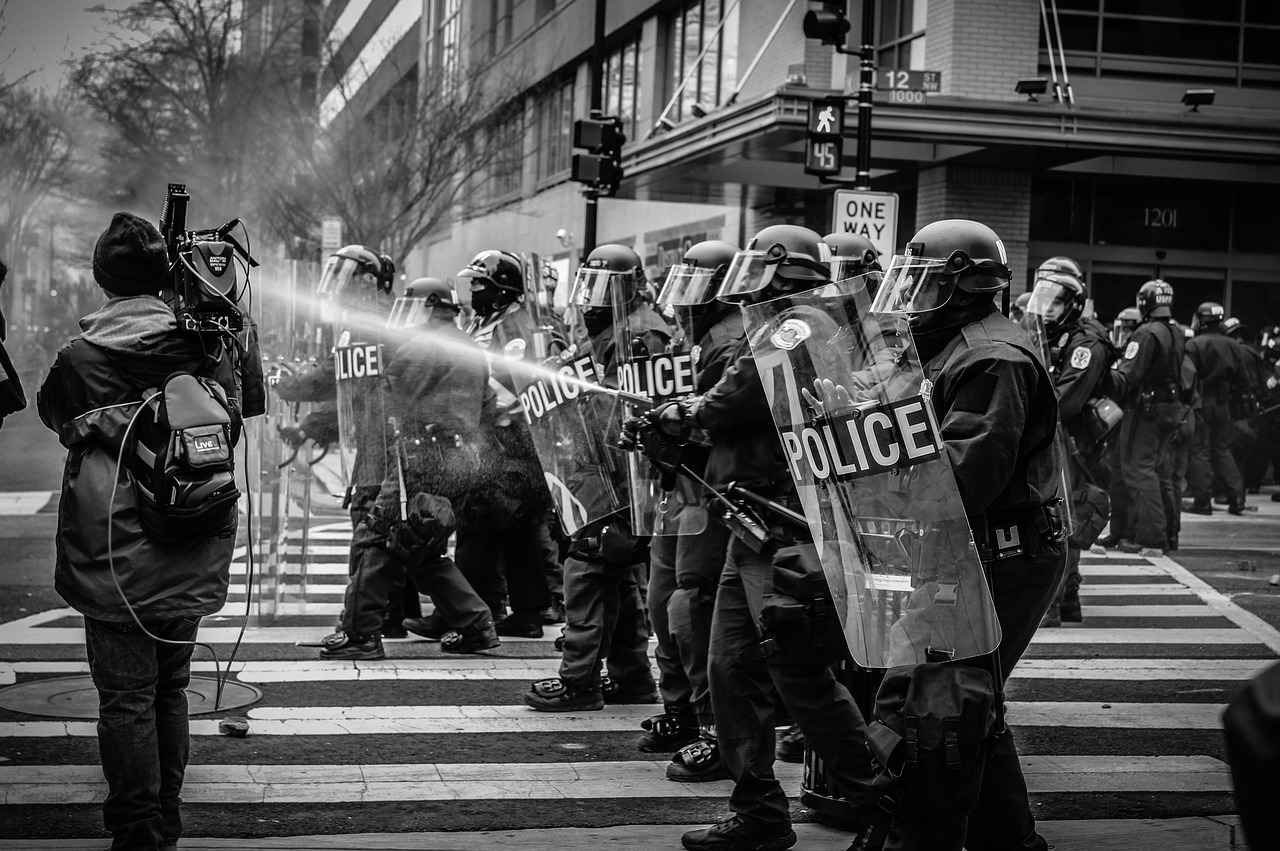 All over the globe, the mood is turning sour.  Anger and frustration are bubbling over, and protests are becoming violent in major cities all across the planet.  In some cases economic pain is driving the protests and in other cases political matters are motivating the protesters, and it has been a very long time since we have seen so many angry protests happening all over the world simultaneously.  Unfortunately, many believe that what we have seen so far is just the beginning.  Global economic conditions are rapidly deteriorating, and as economic pain intensifies that is only going to make everyone more frustrated.  And here in the United States, the drama surrounding the potential impeachment of Donald Trump is going to greatly escalate the political tensions that are already deeply dividing this country.  No matter how things turn out, a large percentage of the population is likely to be deeply frustrated with the result, and that could very easily lead to tremendous civil unrest.

But before we get to Trump, let’s take a look at what has been going on around the rest of the world first.  In Chile, we are witnessing violent protests unlike anything that we have seen in decades…

Three people died in a fire in a supermarket being ransacked in the Chilean capital early Sunday, as protests sparked by anger over social and economic conditions rocked one of Latin America’s most stable countries.

Santiago’s Mayor Karla Rubilar told reporters two people burned to death in the blaze and another later died in hospital, after the huge store controlled by US retail chain Walmart was looted.

Economic conditions are tough in Chile and rapidly getting tougher, and it is very unusual to hear of “looting” in a country that is normally so stable.

Meanwhile, political corruption appears to be the main motivation for the violent protests in Lebanon…

Thousands of demonstrators poured into downtown Beirut for a third day on Saturday, hours after overnight clashes erupted between security forces and protesters leading to large-scale arrests and several injuries.

Demonstrations have engulfed various parts of Lebanon for three days. Many protesters called for the resignation of the government and demanded the “downfall” of a political class that has ruled the country since the start of its 15-year civil war in 1975.

When people lose hope that things are ever going to get any better, they tend to take to the streets.

Unfortunately, corruption appears to be a way of life over in Lebanon at this point, and there seems to be little hope of major reforms any time soon.

In the UK, the drama surrounding the Brexit saga drew “hundreds of thousands of people” into the streets of London this weekend…

Hundreds of thousands of people have marched in central London to demand a new referendum on whether Britain should remain in the European Union, as parliament voted to delay a decision on whether to back Prime Minister Boris Johnson‘s revised Brexit withdrawal deal.

The march organised by the People’s Vote campaign is thought to be the largest yet, drawing anti-Brexit supporters from across the country as parliament sat on a Saturday for the first time since the Falklands conflict in the 1980s.

Yet another Brexit agreement appears to have failed, and many are wondering if it will ever be possible to get one through Parliament.

Many of those favoring Brexit are hoping for a “no deal” exit from the European Union at this point, and meanwhile many of the “remainers” are holding out hope that there will somehow be a second referendum.

Over in Spain, violent protests have erupted night after night in the aftermath of the arrest of nine key pro-independence leaders in Catalonia…

Barcelona saw its fifth consecutive night of violence on Friday, in the wake of Monday’s Supreme Court ruling that jailed nine pro-independence leaders for their role in the 2017 secessionist drive. The disturbances last night were particularly virulent, in terms of their duration, intensity and use of violence on the part of protestors, who were very aggressive toward the police.

Violent groups surrounded the central headquarters of the National Police in the Catalan capital, throwing objects, putting up barricades and setting fire to trash containers. As the sun set, the protests moved to the center of the city, where the regional police force, the Mossos d’Esquadra, used an armored vehicle with a water cannon. At least three police officers were injured in the rioting.

These protests may fade after a while, but they are not going away.  Those involved in the pro-independence movement in Catalonia are very passionate, and it has widespread public support.

Of course the protests that have made the biggest splash on the global stage have been the relentless pro-democracy protests in Hong Kong.  Despite the brutality of the police, the protesters just keep coming back again and again, and “tens of thousands” of protesters were in the streets once again on Sunday…

Tens of thousands of pro-democracy protesters took to Hong Kong’s streets on Sunday, once again defying a police ban on the assembly and undeterred by a brutal attack against a leader of the organization that called for the march.

The huge turnout, which included families, children and the elderly, demonstrated how the movement now in its fifth month continues to have widespread support, despite the increasingly violent tactics used by protesters and escalating use of force by police.

Here in the United States, we don’t have protests like this going on right now.

But we could very soon.

The impeachment process is bringing a focal point to the deep anger that has been building on both sides of the political spectrum for many years.  Now that this process has begun, there is no going back, and both sides believe that there is only one result that will bring justice.

If the Republican-controlled Senate does not vote to convict Trump and remove him from office, this will greatly upset the left, and could result in an explosion of anger in our city streets.

On the other hand, if the Republican-controlled Senate does vote to convict Trump and remove him from office, tens of millions of hardcore Trump supporters are going to be absolutely livid.  There would be an explosion of righteous anger on the right, and it would almost certainly spill into our city streets.

Of course it is likely that both sides will start protesting well before there is a final result, but once the final vote in the Senate happens that is when things are likely to get very interesting.

The Democrats should have never gone down this road, because one way or another this process is going to tear us apart.

If our founders could see us today they would be rolling over in their graves, because this is not what they intended.

About the Author: I am a voice crying out for change in a society that generally seems content to stay asleep.  I am the publisher of The Economic Collapse Blog, End Of The American Dream and The Most Important News, and the articles that I publish on those sites are republished on dozens of other prominent websites all over the globe.  I have written four books that are available on Amazon.com including The Beginning Of The End, Get Prepared Now, and Living A Life That Really Matters.  (#CommissionsEarned)  By purchasing those books you help to support my work.  I always freely and happily allow others to republish my articles in written form on their own websites, but only if this “About the Author” section is included.  In order to comply with government regulations, I need to tell you that the controversial opinions in this article are mine alone and do not necessarily reflect the views of the websites where my work is republished.  This article may contain opinions on political matters, but it is not intended to promote the candidacy of any particular political candidate.  You can follow me on social media on Facebook and Twitter.  The material contained in this article is for general information purposes only, and readers should consult licensed professionals before making any legal, business, financial or health decisions.  Those responding to this article by making comments are solely responsible for their viewpoints, and those viewpoints do not necessarily represent the viewpoints of Michael Snyder or the operators of this website.