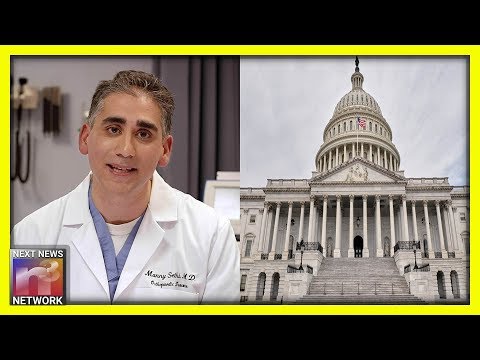 Sethi is running to replace Lamar Alexander who is not seeking re-election.

You have to watch this ad:

In the first television ad bought in Tennessee’s 2020 U.S. Senate race, Republican candidate Manny Sethi is focusing on illegal immigration — and his own ethnicity.

Sethi, a Nashville trauma surgeon in his first bid for office, is up against Bill Hagerty, the former U.S. ambassador to Japan.

“Let ‘em try to call me a racist,” Sethi says in the ad, which features his mother, Dr. Chandler Sethi, sharing the story of how she and her husband fulfilled all legal requirements to immigrate to the United States as young doctors from India.

The ad, released on Tuesday, will immediately begin airing across Tennessee and in Washington, D.C. The campaign has not said how much it is spending on the ad, which Manny Sethi, a Republican candidate for US Senate Friday, May 31, 2019, in Nashville, Tenn.  (Photo: Larry McCormack / The Tennessean)

Sethi, taking a page from Gov. Bill Lee’s campaign, has attempted to portray himself as a conservative outsider in the race against Hagerty.

Republicans are reloading with youth in Tennessee.

Here’s more from Gary Franchi at Next News Network:

The Daily Caller had this:

“We’re going to have an illegal immigrant invasion if Republicans don’t win in 2020. The Democrats are going to give this country away. That’s why I’m running,” Sethi said. “Let them try and call me a racist.”

“Horrified to see this terrible ad from [GOP] Indian American candidate @DrMannySenate in Tennessee,” the congresswoman tweeted. “It buys into the same old racist GOP tropes, and does not reflect MY values as an immigrant and proud, patriotic American.”

Looks like Jayapal did call you a racist Dr. Sethi.

Of course Democrats call everyone, that isn’t Democrat, racist.

Funny how the pot always calls the kettle black.

Not that there is anything wrong with black kettles.

Anyone else sick of the Democrat “racist” BS?

If Democrats don’t vote Manny Sethi in 2020, they are proving themselves as the real racists. 🙂

Both of the announced Democrat contenders are WHITE as well as being MEN.

You can talk the talk.

A vote for anyone other than Dr. Manny in 2020 is an admission of racism.