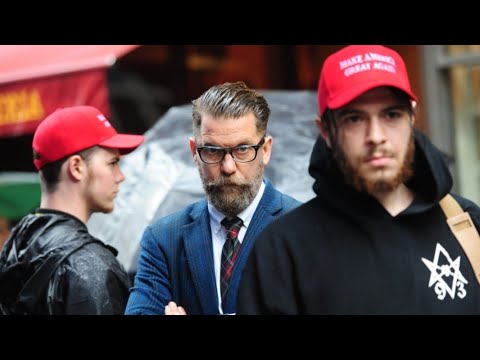 The left is doing whatever they want, it seems, to lay out the red carpet for Antifa and the violent revolution that seems to be coming with it.

On Tuesday two proud boys were each sentenced to 4 years in prison for an incident that happened in October 2018.

The Proud Boys are viewed by much of America as the group tasked with protecting against Antifa violence, but liberal judges and liberal media do not seem to grasp that vision.

The violence happened outside a REPUBLICAN club in New York city, but there is no such thing as self-defense when dealing with liberal protesters, at least when facing a liberal judge.

The Proud Boys describe themselves as “Western chauvinists” and have aligned themselves closely with self-declared neo-Nazis. They are designated as a hate group by the Southern Poverty Law Center, while the FBI considers them “an extremist group with ties to white nationalism.”

During the October assault, which took place after a speech by group founder Gavin McInnes, 10 members of the Proud Boys violently attacked four left-wing protesters after one of the protesters threw a bottle at the group.

When police showed up to the scene, the Proud Boys walked away without any of them being immediately arrested, sparking anger at the lack of swift police action.

A total of 10 Proud Boys were later arrested and charged in the incident.

4/6 The brand new footage shows what followed: two Proud Boys went east on 82nd Street, approaching protesters who were perhaps 100 feet away from Park Avenue. By the time the plastic bottle was thrown, one of those two Proud Boys was within a few feet and charging. pic.twitter.com/oHq2MamC4m

On Tuesday, Hare and Kinsman were sentenced to four years in prison and five years of post-release supervision.

During the sentencing hearing, Judge Mark Dwyer said the sentence was intended to discourage similar assaults motivated by political hatred in the future.

“I know enough about history to know what happened in Europe in the ’30s,” the judge said, according to the New York Times.

In court, both Hare and Kinsman reportedly apologized for their roles in the assault.

Now, if you want a less jaded perspective, you need to read this article. (It will open in a new window on most browsers)

There is no doubt that we can not all go around assaulting people, but at what point is it justifiable?

Do we not have the right to defend ourselves when attacked or provoked?

When someone provokes you, as these “protesters” clearly had done, are we to just let it roll off of our backs?

These protesters were protesting a Republican gathering and the bodyguards reacted.

Proud Boys generally are tasked with standing guard, as they were doing on that night.

Yet, in America, Antifa is the darling of the Radical Left and seems to have a less than proportionate share of problems in the court system.

You don’t hear of a lot of Antifa members being sentenced to prison, but there have been some.

Keep on provoking us you cowardly, masked thugs.

You can only poke a sleeping bear for so long before it wakes up and wakes up very cranky.

Cartoon of the Day: A bridge too far
September 24th, 2021 Liberty Unyielding 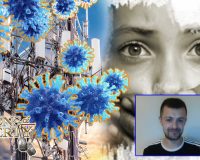