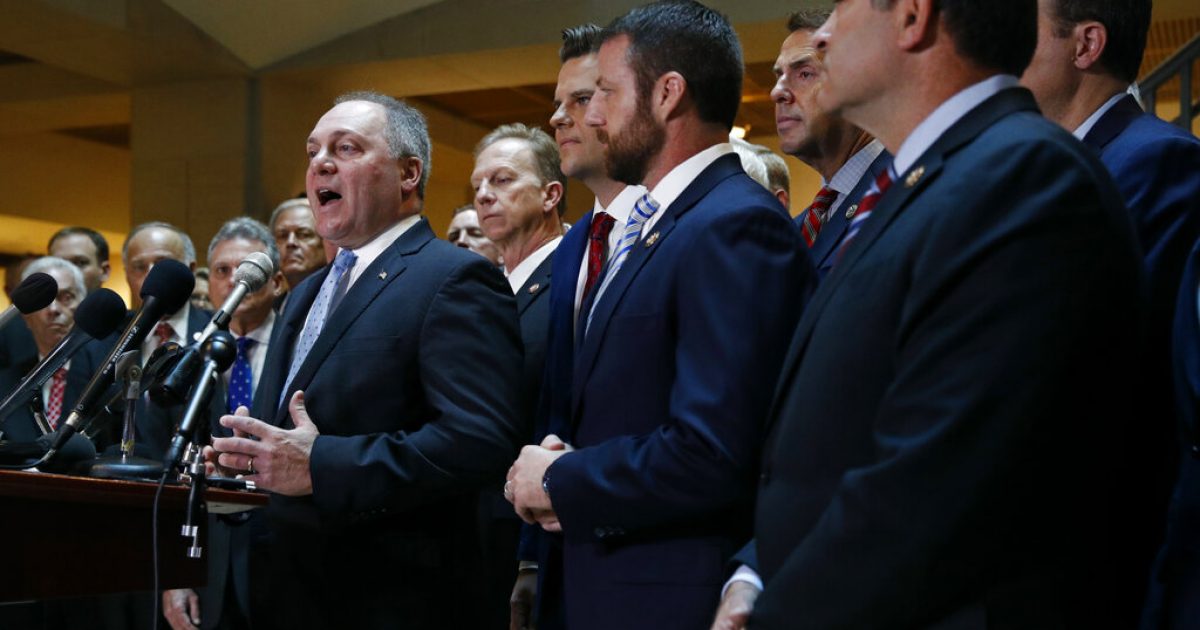 On Wednesday, Breitbart and others reported that Rep. Adam Schiff, D-Calif., has threatened to file ethics charges against Republican House members who stormed his secret impeachment hearing with a Defense Department official.

According to Breitbart, about two dozen Republicans, led by Rep. Matt Gaetz, R-Fl., stormed the room where the secret hearing was to take place.

A senior Pentagon official working on Ukraine, Laura Cooper, was scheduled to testify, but due restrictions set by House Speaker Nancy Pelosi (D-CA) and Schiff, members of the Armed Services Committee — which has oversight over the Pentagon — were not allowed to attend.

House Armed Services Committee member and Green Beret Rep. Mike Waltz (R-FL) told reporters outside the room that he has served in third world countries more transparent than the way Schiff was handling the impeachment inquiry.

"I have fought from #Afghanistan to West Africa — I have operated in countries in third world countries who have fairer processes to deal with their elected leadership than what we see today." pic.twitter.com/a32jggQcVi

Prior to storming the room, Republicans denounced the secret hearings and the overall nature of the inquiry.

WATCH: here's the video of when 2 dozen GOP members, led by @mattgaetz entered the secure hearing room (SCIF) to interrupt witness testimony in the #ImpeachmentInquiry as they demand access, despite not being committee members. They're complaining it's a "Soviet-style process". pic.twitter.com/8KddYz3r9D

The meeting was put on hold as the two sides sought to resolve the standoff.

Chairman Schiff threatened to file ethics complaints against remaining Republican members – not clear what exactly he would file or cite.

Adam Schiff just SHUT DOWN his secret underground impeachment hearing after I led a group of Republicans into the room. Now he's threatening me with an Ethics complaint! I'm on the Armed Services Cmte but being blocked from the Dept. Asst. SecDef's testimony. This is a SHAM! pic.twitter.com/6qUMerxENC

UPDATE: We are in the SCIF and every GOP Member is quietly listening.

Meanwhile, Adam Schiff, clearly peeved that he will no longer be able to hide his impeachment sham, is threatening Ethics punishment for all of us.

His fake intimidation can’t hide his lies–Open the process!

“Each member of Congress represents nearly 710,000 Americans,” he said. “It is their duty and responsibility to see and understand all of the documents that Democrats are referring to in their attempt to remove a duly elected President from office. The current structure is unprecedented, unfair, and undemocratic. Our members are demanding fairness.”