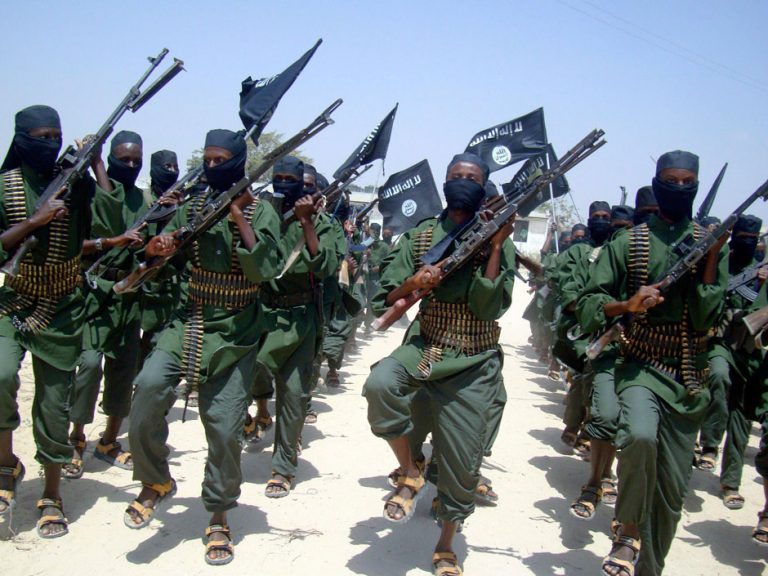 Read then hit the comments section–tell me what YOU think!

I’ve read dozens of articles warning of Muslim immigrants rising up to take over the country, community by community, state by state.

While I don’t doubt that some Muslims (maybe even a significant number) would like to see us fall to their swords, I wonder if there isn’t something even more sinister going on—something that also involves many of our actual government leaders and those who seek a different future for America.

What I’m talking about is a plan

Pitting foreigners against Americans isn’t as far-fetched as you might think.  Before you, my favorite reader, write me off and send the boys in white to take me away, hear me out. It’s actually happened here before, not with Muslims, but with half-a-million foreign soldiers recruited to kill Americans—tens-of-thousands of them. What I’m referring to is the war between the states…the war of secession…the war of Northern aggression…or, as I like to call it, the War to defend Nullification.

This excerpt is from an article written by Don H. Doyle, an expert on the contributions of immigrants to the Union’s victory over the Confederate States:

“In the summer of 1861, an American diplomat in Turin, Italy, looked out the window of the U.S. legation to see hundreds of young men forming a sprawling line. Some wore red shirts, emblematic of the Garibaldini who, during their campaign in southern Italy, were known for pointing one finger in the air and shouting l’Italia Unità! (Italy United!). Now they wanted to volunteer to take up arms for l’America Unità!

Meanwhile, immigrants already in the United States responded to the call to arms in extraordinary numbers. In 1860, about 13% of the U.S. population was born overseas—roughly what it is today. One in every four members of the Union armed forces was an immigrant, some 543,000 of the more than 2 million Union soldiers by recent estimates. Another 18% had at least one foreign-born parent. Together, immigrants and the sons of immigrants made up about 43% of the U.S. armed forces.

America’s foreign legions gave the North an incalculable advantage. It could never have won without them.”

In addition to those recruited to come to the US to fight the Confederacy, thousands of Germans had already arrived here after their failed “Revolution of 1848.”

Today, our nation is being flooded with poorly-educated, unskilled men of military age.

Let’s return to the writings of Don H. Doyle:

“In the 1860s, Confederate diplomats and supporters abroad were eager to inform Europeans that the North was actively recruiting their sons to serve as cannon fodder. In one pamphlet, Confederate envoy Edwin De Leon informed French readers that the Puritan North had built its army “in large part of foreign mercenaries” made up of “the refuse of the old world… Immigrants tended to be young and male.” (and I might add, unskilled at anything.)

What is the upside?

Haven’t we all marveled at why those in power in the US government (let’s just call them the Deep State) would bring in hundreds of thousands of uneducated and unskilled young men, of military age, often from regions that hate us? It can’t be cheap labor, because they can’t do anything of value. They’re no longer school-age, so educating and training them would be difficult. They don’t know our language, and they have no desire to assimilate. They disrespect, abuse, even rape and kill our women. Plus, it is damned expensive.

Let’s look back in time

When Europeans “immigrants” came to the US during colonization, they had no issues with waging war against the red man. They brought their own religious leaders, who told them these dark-skinned natives didn’t have souls—they were un-redemptive heathens to be dispatched with no remorse. If the “injuns” refused to take on the ways and religion of the new settlers, it was no more sinful to kill a man, rape and kill a woman, or even a child (they called them nits) than to take out a marauding bear or wolf.

Colonists were used to develop the resources (land, timber, furs, and later minerals) and push the original inhabitants out. To take the history lesson forward almost two hundred years, my relatives in what became Texas, were used by Spain to displace Indian tribes and settle the land.

Open Borders—better than a Trojan horse

Funny how our politicians never seem alarmed when they hear about foreign Muslim fighters being captured at our border. Surely they know for every one captured, several got through. It is a weekly occurrence to hear about young men from places like Somalia being apprehended down south. Somalia is one of the poorest countries on the planet, and over 8,000 miles away—who paid for them to get this far—and why?

“We the people” are a thorn in the side of those who would burn our Constitution and bend us to their will. It is no secret that those who would govern and rule us from afar need to find a way to get these pesky well-armed patriotic Americans—these nationalists and populists—out of the way.

It wouldn’t be easy to convince our American military men and women to turn on American citizens, but there is no human or religious bond between most of these new Christian-hating  military-age immigrants and the people of this nation. I think 9-11 proved that point—they even killed hundreds of their own to get to us.

During the Civil War, the North made it easy for their European recruits to kill Southerners and commit atrocities, by focusing on the evils of slavery, telling them that the South was fighting for slavery, not state’s rights and the right of states to nullify federal statutes. The propagandists forgot to mention that five Union states were allowed to keep slaves, two even after the war was over.

Is anything beginning to sound familiar?

I’ll leave you to ponder this issue of young military-aged immigrants being intentionally introduced to our society, despite the human and financial costs they incur. Keep all of this in the back of your mind as you observe the machinations of our immigration system and the Deep State. Maybe you can fathom what is really going on behind the curtain.

What I’ve learned over the years is, if something seems to make no sense at all—then I don’t have all the information—because someone hasn’t coughed it up yet.