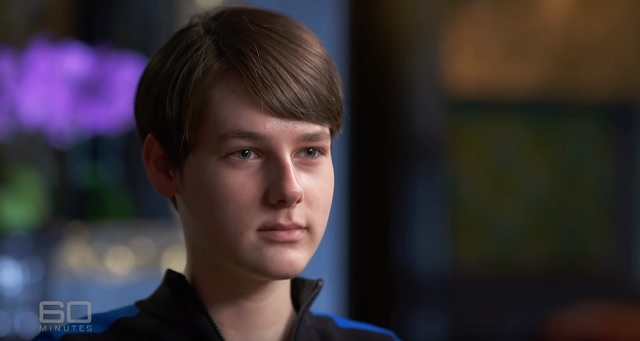 Our media refuses to show the other side of transgender mania.

This video from 60 Minutes Australia posted earlier this month is going viral on YouTube and being shared in the wake of a Texas jury Jury ruling against a dad trying to save his 7-year-old son from “chemical castration via a gender ‘transition.'”

The piece originally aired in 2017.

An Australian boy decided he wanted to become a girl after he was diagnosed with gender dysphoria at the age of 12.

But after two years taking his mother’s oestrogen hormones, Patrick Mitchell had a change of heart.

‘I started developing like a girl would – which was the thing I wanted at that time. But now that’s no so helpful,’ Patrick, now 14, told Channel Nine’s 60 Minutes program.

‘You have an image of what being a boy and being a girl is like, but when you actually experience it, it’s very different.’

After growing his hair and developing breasts as a result of his treatment, Patrick looked his mother in the eye and said: ‘I’m just not sure that I am a girl.’

[…] His mother, Alison, made the decision to give him puberty blockers before she allowed him to take her own oestrogen hormones when he was 13 years old.

Under Australian law, teenagers must wait until the age of 16 and need court approval before they can begin hormone replacement therapy.

[…] ‘Our motivation for second stage [oestrogen] treatment was that Patrick was growing very tall and very broad,’ she told the program.

Sky News shared another report earlier this month on how hundreds of youths who thought they were “transgender” realized they were deceived and are now struggling to “detransition” as best they can.

According to the "experts" the earlier a transgender child transitions the better. pic.twitter.com/LKjIk5D413

See also: How Big Pharma Is Profiting Off Transgender Mania