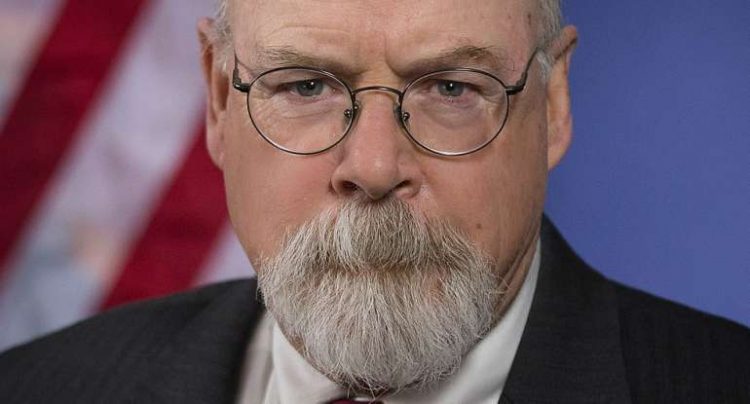 Once again, the American people will be subjected to non-stop coverage of the Russiagate tale, only this time in reverse, actually dealing with those who were the real colluders.  As Central Intelligence Agency analysts have begun obtaining lawyers, it looks like several of the usual suspects from the usurper’s administration are going to need some of their own as the inquiry into Russiagate has now turned into a criminal investigation.

According to the New York Times, the review by the Justice Department of the origins of Russiagate has now “shifted” to a criminal investion.”

NYT cites two people who claim to be familiar with the matter.

For more than two years, President Trump has repeatedly attacked the Russia investigation, portraying it as a hoax and illegal even months after the special counsel closed it. Now, Mr. Trump’s own Justice Department has opened a criminal investigation into how it all began.

Justice Department officials have shifted an administrative review of the Russia investigation closely overseen by Attorney General William P. Barr to a criminal inquiry, according to two people familiar with the matter. The move gives the prosecutor running it, John H. Durham, the power to subpoena for witness testimony and documents, to convene a grand jury and to file criminal charges.

The opening of a criminal investigation is likely to raise alarms that Mr. Trump is using the Justice Department to go after his perceived enemies. Mr. Trump fired James B. Comey, the F.B.I. director under whose watch agents opened the Russia inquiry, and has long assailed other top former law enforcement and intelligence officials as partisans who sought to block his election.

Just 20 minutes after finding out the news, former Director of National Intelligence and traitor James Clapper assumes he is now under investigation and stammers his way through trying to deflect from the obvious spotlight on his crimes to “timing” concerning the “heat” with regard to impeachment.

Check out Clapper stutter his way through an interview 20 mins after he finds out he’s under criminal investigation pic.twitter.com/C82G3CvH8V

Of course, President Trump doesn’t seem concerned at all about the House’s impeachment inquiry and has called on them to bring it out in the open if that is what they really want to do instead of hiding behind closed doors and then leaking what they want leaked to the press.

This will now allow US Attorney John Durham to subpoena documents and witnesses, impanel a grand jury and to file criminal charges.

Haha! Watch the political opposition squirm and rant and rave on what’s coming, now that the shoe is on the other foot.

Of course, the public is already aware of quite a bit of information and the crimes committed by those in the Obama administration regarding the illegal activities of spying on the Trump campaign.

However, Attorney General Bill Barr has said he agrees with that.  Well, why wouldn’t it?  It’s been proven to be the case.

Durham accompanied Barr to Italy late in September as part of an inquiry into U.S. intelligence agents’ activities there during the 2016 campaign. They also inquired about Joseph Mifsud, a mysterious Maltese professor who established contact with Trump aide George Papadopoulos in 2016.

The snare that the wicked in government set for President Donald Trump appears as if it is about to ensnare them.  As former Director of National Intelligence James Clapper and former Central Intelligence Director and Muslim convert John Brennan get pulled more and more into the expanding Russiagate probe, reports are coming out that CIA analysts who were involved in the assessments regarding Russia’s alleged activities in the 2016 US elections are now lawyering up as a result of Attorney General William Barr‘s expansion of his investigation.

It looks like Clapper and Brennan are about to be on the hot seat, and I’m wondering why the buck isn’t stopping with the usurper in the White House and the collusion of former State Department Secretary Hillary Clinton too.

After all, Clinton money was behind the dossier used to obtain the warrant to spy on the Trump campaign.

Horowitz has been investigating whether the FBI misled the foreign surveillance court in spy applications against Page. Investigators relied heavily on the Steele dossier in the applications, though information in that document was largely unverified. Unlike Durham, Horowitz has not had subpoena power, and cannot use a grand jury as part of his investigation.

The Times article noted that the shift in the investigation is likely to generate criticism that Barr is working on behalf of President Donald Trump to undercut the premise of the Russia probe. But the Times added that Durham is a highly respected prosecutors who has led interagency investigations, including into CIA torture of war detainees.