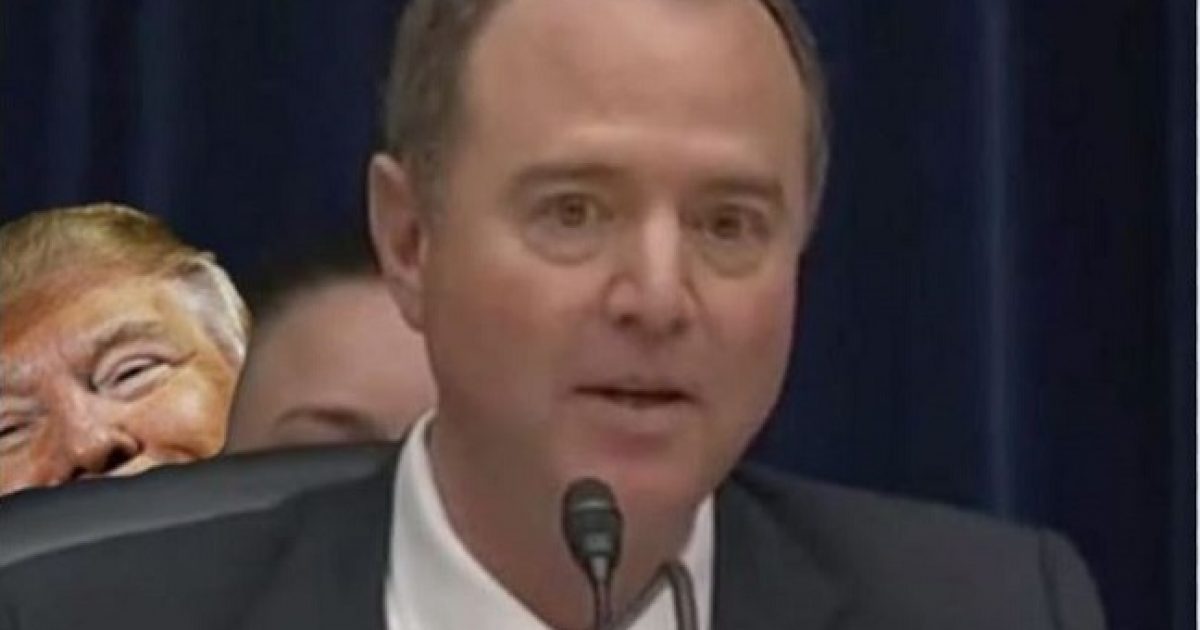 Kirsters Baish’s Opinion| On Sunday, President Trump posted a tweet in which signed that he was done messing around with the Democrats and their apparent lying compulsion.

Trump went so far as to announce that he is pushing for Democratic Representative Adam Schiff to be “questioned at the highest level for fraud and treason.”

Schiff, in my estimation and that of many, many others,  blatantly lied during his opening remarks, making untrue comments about the President’s phone call with the President of the Ukraine, even though he had likely been provided with a transcript of the call a day prior.

Schiff then tried to say that his performance, was just that, acting and a performance. Take a look:

Now compare it with the actual transcript:

His lies were made in perhaps the most blatant and sinister manner ever seen in the great Chamber. He wrote down and read terrible things, then said it was from the mouth of the President of the United States. I want Schiff questioned at the highest level for Fraud & Treason…..

“Like every American, I deserve to meet my accuser, especially when this accuser, the so-called “Whistleblower,” represented a perfect conversation with a foreign leader in a totally inaccurate and fraudulent way. Then Schiff made up what I actually said by lying to Congress,” tweeted the President.

Trump continued, “His lies were made in perhaps the most blatant and sinister manner ever seen in the great Chamber. He wrote down and read terrible things, then said it was from the mouth of the President of the United States. I want Schiff questioned at the highest level for Fraud & Treason…..”

Trump went on, “…In addition, I want to meet not only my accuser, who presented SECOND & THIRD HAND INFORMATION, but also the person who illegally gave this information, which was largely incorrect, to the ‘Whistleblower.’ Was this person SPYING on the U.S. President? Big Consequences!”

….In addition, I want to meet not only my accuser, who presented SECOND & THIRD HAND INFORMATION, but also the person who illegally gave this information, which was largely incorrect, to the “Whistleblower.” Was this person SPYING on the U.S. President? Big Consequences!

Here is something that the media won’t report: In 2013 Ukrainian arms dealer, Igor Pasternak, held two separate fundraising events in honor of Adam Schiff, which asked donors for $1,000-$2,500 contributions.

And surprise surprise… Pasternak allegedly has links to George Soros!

On top of all that, Republican Florida Representative Matt Gaetz has revealed evidence of an almost-two-year-old prank call in which “House Intelligence Committee Chairman Rep. Adam Schiff told two Russian radio hosts posing as a Ukrainian politician that he would be willing to accept damaging anti-Trump information,” according to Fox News.

Gaetz on Sunday tweeted an edited clip from the eight-minute-long phone call. It comes as Republicans are pushing back at the House Democratic impeachment inquiry over allegations President Trump pressured the Ukranian president into investigating the family of 2020 rival Joe Biden.

In the clip, Schiff, D-Calif., tells the Russian shock-jocks, who were posing as Andriy Parubiy, the former speaker of Ukraine’s parliament, that he would be willing to accept dirt on Trump from the Ukrainian.

.@RepAdamSchiff is a hypocrite. pic.twitter.com/LFbGFBUG6r

“So, you have recordings of both [Russian journalist Ksenia] Sobchak and [Russian model and singer Olga] Buzova where they’re discussing the compromising material on Mr. Trump?” Schiff asked the callers posing as Parubiy.

“Absolutely,” one of the pranksters responded.

“Well obviously we would welcome a chance to get copies of those recordings,” Schiff said later in the call after he and the fake “Parubiy” go on to discuss more details of the bogus allegations.

The Russian radio hosts, Vladimir “Vovan” Kuznetzov and Alexey “Lexus” Stolyarov, who have close ties to the Kremlin, told Schiff that the Kremlin had naked photos of Trump and that “Parubiy” could provide audio of Sobchak and Buzova discussing the photos. They also told Schiff that former Trump national security advisor Michael Flynn had met with another Russian to talk about how to prevent the photos from going public.

It is unclear how this will turn out.  One thing I do believe is that if Trump goes down, I would bet my bottom dollar that he takes as many of the corrupt players with him.

Never in my life has a President been the target of such investigation.  As a strong proponent of limited and accountable governance, I would welcome this scrutiny … IF it were done honestly, without agenda and to all who have held and will hold this office.

Unfortunately, it is not, has not been and will not be the case going forward, unless we find the next Trump for 2024 … if there is a ‘next Trump.’  We elected one of the few men of wealth whom the power structure does not control.

The only rational reason I can see for these players, on both sides of the isle, being hell bent on taking Trump out is to cover their own asses and the crimes we suspect them to have committed while in control of the US government.  But hey, that’s just like my opinion, man.

BREAKING: “I’d like to punch Trump in the face” Actor Robert De Niro Is Running Out Of Money
July 10th, 2020 Right Wing Tribune

Doctor/Senator Scott Jensen Now Being Investigated For Blowing The Whistle On...