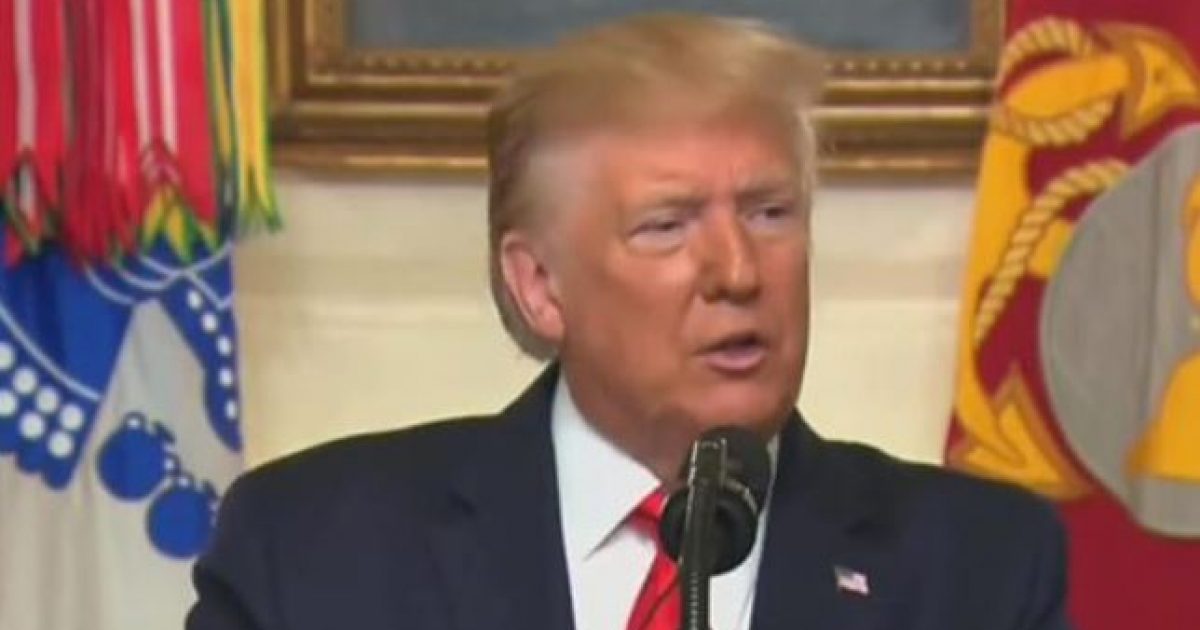 President Donald Trump was basking in the glow of having his troops kill the world’s most wantd terrorist, but liberals cannot share that.

Rather than celebrate the killing of Islamic State leader Abu Bakr al-Baghdadi, journalists and Democrats have attacked the president.

House Speaker and California Rep. Nancy Pelosi whined that she was not informed of the raid before it happened.

And others argued that President Trump deserves no credit for the victory because Special Forces did it, even though they gave credit to former President Obama for killing Osama bin Laden.

But the award for the most deranged, in a tie with The Washington Post who called the terrorist a “religious scholar” are liberal journalists.

After the press conference, when President Trump explained that we had to protect the oil in Syria to keep it from ISIS, they accused him of committing war crimes.

It’s also worth noting that Trump’s obsession with taking Syria’s oil—not just to protect it from ISIS but, as he said this morning, to have US oil companies come in to exploit it, is probably a war crime.

.@realDonaldTrump is stepping on his own message by talking about letting US companies extract Syria’s oil.

Looting another country’s natural resources would be a war crime.

Just to be clear: despite Trump’s statements, oil in Syria does not belong to the United States or to Donald Trump. Plundering oil, as Trump seems to be suggesting, would be a violation of international law and could amount to a war crime.

I know there’s a lot going on and all but it would be great if we could just acknowledge that if the U.S. goes through w/ this proposal, there would be credible grounds to argue the POTUS had ordered U.S. forces to commit a war crime. Which, just to be clear, is not good. https://t.co/duWV9XBLA6

How the hell do you write a story like this without even mentioning that what’s being discussed is a WAR CRIME? Argh.

Trump wants to make a deal with Exxon or others to tap Syrian oil: ‘We should be able to take some’ https://t.co/M6uvWDFof4

IT'S A WAR CRIME TO 'KEEP THE OIL'

Trump’s “keep the oil” position is not about the Kurds or establishing some sort of international trust to fund post-conflict reconstruction efforts. He’s talking about the US and US companies profiting, which would violate Geneva Conventions and US law: https://t.co/8XiKJeSbb0 https://t.co/TsmpaGngmm

POTUS: someone else may claim the oil in Syria and we'll either make a deal or fight for it with our military.

Again, to be clear, THE KREMLIN HAS SOLE RIGHTS TO SYRIAN OIL.

"Our soldiers should be home or fighting for something meaningful."

Fighting for oil is meaningful?

President Trump has revived an old line to justify keeping U.S. troops in Syria, saying “If you’re going in — keep the oil.” But officials and analysts warn that could confirm the world’s worst suspicions about American motives in the region. https://t.co/hLLUG9W0No