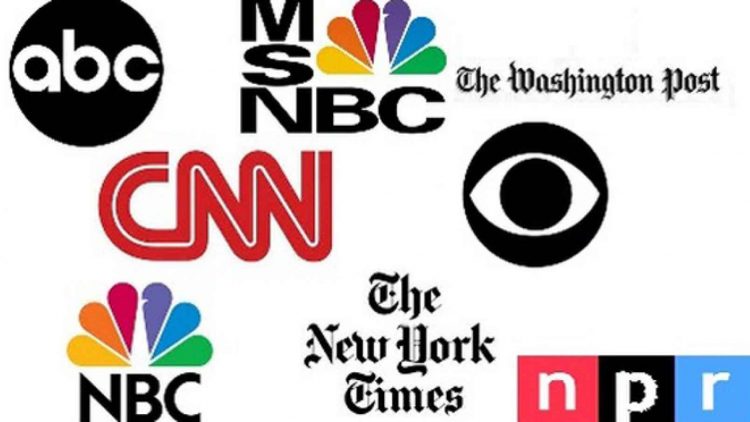 Verizon is looking to dump the Huffington Post. It’s the latest bad news for the industry in a year that has already seen over 7,200 job cuts across the media spectrum from digital to old-fashioned print.

Why should the rest of the country care about what’s happening to the media industry?

Same reason you should care about what happens when a crackhead can’t pay for his crack.

Like the proverbial crackhead, the media has two survival strategies: stealing and going crazy. These strategies are happening all around us and they’re wrecking the country worse than a million crackheads could.

Unable to make its business model work, the media turned to cannibalism. The print media began merging into bigger conglomerates, and, lately, the failing digital media has gotten merger fever. But the media can’t actually outgrow its problems, and the bigger organizations, after cutting jobs and outlets, still can’t make it work. But the mergers also spurred unionization in print and digital media. While the media bowed to political pressure and signed off on the unions, the costs are killing the media.

Unions aren’t just making it too expensive for the papers and sites they work for to operate, they’re also wiping out freelance journalism. The furor over AB5, a California law that makes it all but impossible for freelance journalists in the state to find work, pitted freelancers against unionized media members.

Personalities from unionized media outlets, the Los Angeles Times and Vox, defended AB5’s attack on freelance journalism. The debate soon boiled down to accusations of “scab” being hurled at freelancers.

While media unions are cannibalizing the outlets they work for and wiping out freelance journalism to protect their own jobs, they’re also cannibalizing the entire internet and social media by demanding that Facebook, Google, and other big tech companies, censor and suppress content from non-media sources. The media’s demand that companies embed their ‘fact checkers’ as gatekeepers is an assault on free speech, and is triggering anti-trust investigations of the tech companies that surrendered to the media.

That’s the stealing. Then there’s the craziness.

The impeachment push has the fingerprints of the corporate media all over it. Clinton cronies secretly laundered the Steele Report through their media contacts to provide the supporting “evidence” that was used in the FISA application. The origins of the Mueller investigation meanwhile, according to a former New York Times editor, go back to an illicit affair between Ali Watkins, a 26-year-old, and James Wolfe, the 57-year-old who headed security for the Senate Intelligence Committee. The affair was conducted with the full knowledge of Watkins’ bosses at the New York Times, BuzzFeed, and Politico. Another media affair case occurred earlier this month involving CNBC and a DIA analyst.

The media hates Trump, but it also loves clicks. And Trump has been very good for business.

The ‘Trump Bump’ has seen massive growth at the New York Times, and the Washington Post, which are also the outlets pushing impeachment the hardest.

“We’ve seen that anytime you break away from the Trump story and cover other events in this era, the audience goes away,” CNN boss Jeff Zucker admitted. “Right now, Donald Trump dominates.”

The media’s 92% negative coverage of Trump serves a small slice of the country. But it’s a wealthy and engaged slice that will pay for subscriptions and engage with media content on a daily basis. The Dems, as a political party, spend all their time catering to this wealthy lefty fringe, and so does the media.

Follow the money to understand why every other word in the media is “impeachment”.

The media doesn’t actually want President Trump to go away. That would be economically devastating. And House Democrats know that they don’t have the votes for impeachment. That’s why they haven’t held a vote to begin impeachment proceedings. And why Pelosi has said that she isn’t planning to hold one. Instead, she’s giving the media what it wants, a circus of hearings that the industry can repackage as impeachment to its gullible audience that’s barely able to get through the day without crying jags.

This scam isn’t a victimless crime.

The media’s lies are radicalizing and dividing the country. They’re pitting Americans against each other. And if the media were to bring down the President of the United States, it would not only kill the goose that laid the industry’s golden eggs, its greed could bring the entire country to the brink of civil war.

The desperation of people trapped in a dying industry is understandable. But, instead of trying to understand and adapt to a changing world, the media went down an ideological dead end. And, in the face of extinction, it launched a high-stakes war against half the country and the internet.

This is a war that it’s destined to lose.

The entertainment industry lost its war against the internet. And its demands were far less grand. The media’s plot to transform into a fact-checking cartel that will control all content on the internet is doomed. And its doom will spread to Google, Facebook, and any monopolies that embrace its vision.

But, in the pursuit of this cause, the media increasingly advocates against free speech and spreads lies.

The media embraced Hillary Clinton’s nonsensical claim that she lost the election because of Russian bots, and made these paranoid claims go mainstream because they served its financial interests. The media used claims of Russian bots to demand that tech companies put its ‘fact checkers’ in charge.

The media’s desperate effort to stay relevant through a non-stop campaign to bring down President Trump has produced a blizzard of lies that is tearing apart Americans, not just for ideological motives, but for the financial motives of the industry. The media doesn’t care how much damage it does, as long as its metrics go up, and its jobs and its business model survive. That’s why it’s a threat to America.

The media doesn’t have a long-term plan anymore. All its plans are short-term. It doesn’t care what happens a decade from now or even a year from now, as long as it hits its numbers this month.

And if hitting its numbers means convincing a chunk of the country that our elections are illegitimate, that everyone who disagrees with them is a Nazi, or that we have to eliminate free speech, that’s fine.

The media has gone from taking part in a political debate to turning into a James Bond villain.

The problem is not, as the media insists, the First Amendment, or Russian bots, or Facebook. The problem is an industry that built monopolies around investments in outdated technology. These technologies, from the printing press to radio to cable news, were revolutionary at the time.

The internet killed their monopolistic power and they’ve been trying to rebuild it ever since.

The media would rather have a monopoly in a broken country, than live in a thriving country where internet content is too diversified to support traditional media organizations. Like Milton’s Satan, it would rather rule in hell than serve in heaven. And it’s turning the country into its own private hell.

The First Amendment was meant to protect speech, not industries. The media industry is trying to kill speech and is willing to kill the country to make it happen. But it’s the industry that needs to die.