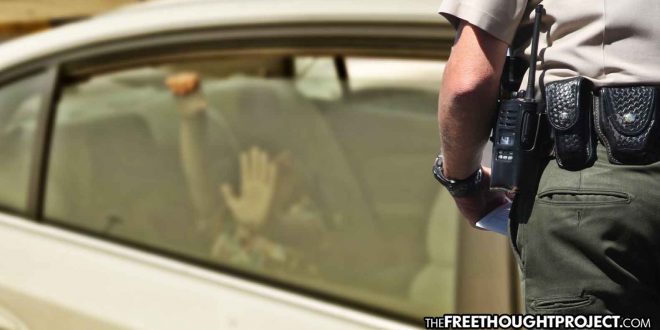 Wilmington, NC — Earlier this month, as an employee walked outside of the Ogden Tap Room in Wilmington, North Carolina, they heard a child begging for help inside a locked car. That child was naked and alone, and was the daughter of Lt. Matthew Malone with the Wilmington Police Department.

The Wilmington Police Department now claims to have launched an investigation into the officer’s actions after it was announced that he will not be charged.

According to the 911 caller, whose name is left out for obvious reasons, the child was locked in the car naked, claiming that “his dad said he couldn’t get out of the car and he has to go to the bathroom.” The caller said “his” originally thinking that the child was a boy, but the child was a girl.

The 911 call came in around 5:45 p.m. on Saturday, Oct. 19. According to reports, the Ogden Tap Room was holding its annual Oktoberfest celebration that day.

“It seems like he is petrified of his dad,” the caller said of Lt. Malone.

“I have no idea how long he was in there,” said the caller. “One of my managers was running trash out to the dumpster and said, I think I swore I heard a little kid’s voice say, ‘help me’.”

“It’s amazing the stuff you have to call police for nowadays, isn’t it?” the 911 caller said of the naked child locked in a car outside of a bar begging for help.

Just as soon as this incident begun, however, it was over. When the New Hanover Country Sheriff’s Office showed up to investigate one of their fellow boys in blue, according to WECT, the parents told deputies the child’s clothes got wet. One of her parents took the child to the car, removed her wet clothes, wrapped her in a blanket and returned to the bar.

The case was reviewed by the district attorney’s office but a spokesperson for NHCSO said it was determined the incident didn’t meet the criteria for misdemeanor child abuse.

Although several states have laws on the books about leaving children in cars, North Carolina does not. The case has since been turned over Pender County Department of Social Services, as this is where the family lives.

How long was this child left alone? What parent in their right mind strips their child naked, leaves them in a car by themselves and goes back inside a bar to celebrate Oktoberfest? What if a child predator would have let the girl out and taken her?

Had Lt. Malone been a regular citizen, it is far more likely that he would have been charged with a crime in this incident. In fact, we have reported on numerous cases of children being left in cars by cops who faced no repercussions as regular citizens are sent to prison. As TFTP has reported, two police officers were given paid leave while the department investigated the death of Cheyenne Hyer, 3, who died after being left in a patrol car for four hours.

Amazingly enough, neither of the officers were arrested for the child’s death — as would have been the case had they not had badges.

According to investigators, Barker was traveling in her patrol car, with her daughter inside, when she stopped at Ladner’s home. Leaving the child in the car, Barker stayed inside Ladner’s house for around four hours.

According to reports, neighbors were stunned after another police officer found the girl in the car.

Luckily, the 8-year-old girl in the story above did not share Cheyenne’s fate.