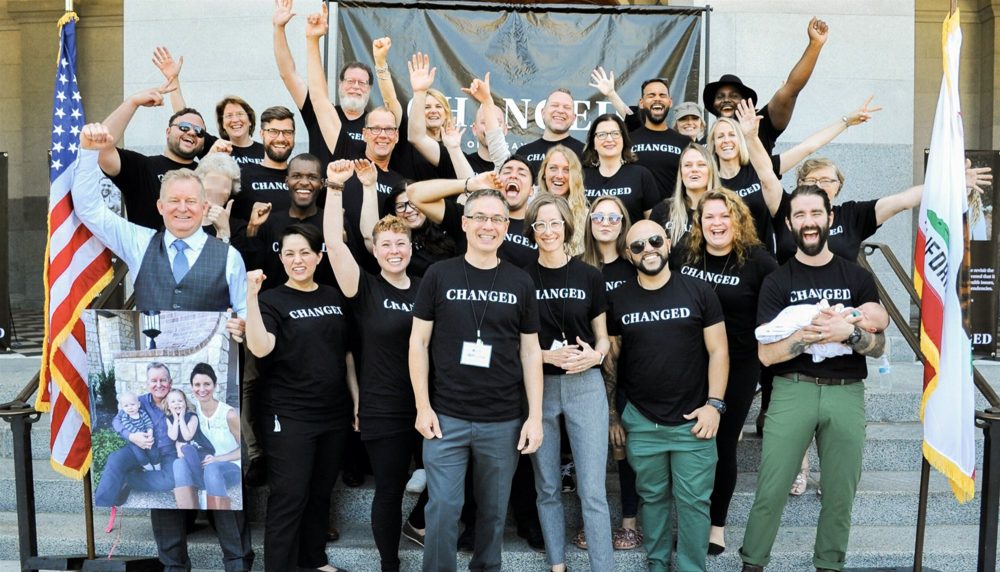 A group of people from across the country who formerly identified as gay and transgender have descended upon Washington this week to share their stories and lobby against two proposed LGBTQ-rights bills.

The group is made up of 15 members of Church United and Changed, two California-based organizations that seek to provide community for, and protect the rights of, “formers” — individuals who formerly identified as lesbian, gay, bisexual or transgender.

The bills the group is lobbying against are H.R. 5, better known as the Equality Act, and H.R. 3570, or the Therapeutic Fraud Prevention Act. Both have been supported by the country’s major LGBTQ advocacy organizations, though neither is expected to become law anytime soon.

The Equality Act, if passed, would update federal civil rights legislation to ban discrimination based on sexual orientation and gender identity in employment, housing, public accommodations, jury service, education and federal programs. The Therapeutic Fraud Prevention Act would classify conversion therapy — a medically debunked practice of trying to change a person’s sexual orientation or gender identity — in exchange for monetary compensation as a fraudulent practice.

When asked what their lobbying efforts against these bills would entail, Elizabeth Woning, co-founder of Changed, said the group plans to “share our experiences and bring awareness to the fact that we exist.”

Despite federal hate crimes data and academic research to the contrary — along with countless anecdotal news stories — the “formers” question the existence of anti-LGBTQ discrimination and thus the necessity of such bills.

“I live in Portland [Oregon] and I don’t see the discrimination that LGBTQ people talk about,” Kathy Grace Duncan, a member of Changed who formerly identified as a transgender man, told NBC News. “They’re asking for certain rights in this legislation, but these are rights that they already have.”

Jim Domen, founder of Church United, identifies as formerly gay. He said, “Sexual behavior should not be a protected right.”

“Changing the Civil Rights Act would create a superclass for anyone identifying as LGBTQ at the expense of people who are not,” Domen claimed. “The Equality Act treats sexual preference as an elevated class and would strip people of religious freedom.”

Domen added that unlike African Americans, who are among those protected against discrimination through federal civil rights law, LGBTQ people have not been subjected to systemic discrimination and abuse. This, he said, is evidenced by the fact that gays have achieved clout and success as scientists, authors and politicians.