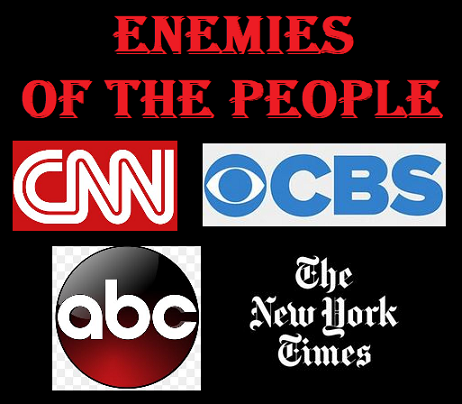 If you still doubt that the mainstream media are anti-American and are actively working on corrupting our society, this post should remove all doubt.

Last May, Gallup conducted its annual Values and Beliefs poll on the American people’s views on the moral acceptability of 21 issues.

The poll found that despite our bitter partisan divisions, conservatives and liberals are broadly united in their belief that these five behaviors are morally wrong: suicide, cloning animals, cloning humans, polygamy, and extramarital affairs:

But the major television networks are actively promoting sexual promiscuity and “polyamory” — which the Cambridge Dictionary defines as “the practice of having sexual or romantic relationships with two or more people at the same time.”

The latest major media outlet to do so is CBSN, the digital streaming arm of CBS News, which aired an hourlong special, “Non-Monogamy,” last Sunday (Oct. 27) night.

The special portrayed non-monogamous relationships in a sympathetic light. CBS promoted the special in an Oct. 25 press release two days before the program’s airing:

For years, monogamy has dominated what society perceives as, and allows to be, ‘normal,’ but in the modern era, those parameters are softening….

The newest CBSN Originals documentary, “Non-Monogamy,” highlights individuals engaging in various forms of consensual non-monogamy including polyamory, a triad monogamous relationship, a polyfidelitous closed quad, and a committed couple dating outside of their marriage. As Dr. Elisabeth Sheff puts it, “I think of it almost like a menu, a relationship menu, and that serial monogamy is at the top of the menu, and probably the most popular dish that people order, but there’s all these other things that people can order now, and they are.”

Sheff calls herself (itself?) “one of a handful of global academic experts on polyamory”.

According to The Daily Caller, “CBS is just the latest major media company to promote polyamory.”

Other major outlets promoting polyamory include:

Media Preparing The Public For a Future of Eating Bugs

Remember the dog sled picture the media claimed was proof of melting glaciers? It was another climate hysteria HOAX