Will Michelle Obama ever let go of the hate?

Slavery ended 150+ years ago Mooch but so many, like yourself, just won’t let it go.

Today we live in a world of demanded “reparations” and real-life “reverse discrimination.”

You have to listen to Michelle’s comments at this year’s Obama Foundation Summit.

I must admit, there are certain blacks I would avoid and this “woman” would be one of them.

I’ll get to that later…

“And you’re still running – because we’re no different than the immigrant families that are moving in,” she added.

Obama then went on to make a bizarre supremacist-style comment suggesting that black people were “better” than white people.

“We are just as and often times better than many of the people who doubt us,” she said.

The former First Lady’s comments are somewhat hypocritical given that the Obamas don’t appear to enjoy living around black people themselves.

In 2017, they purchased their DC home for $8.1 million. It is located in Kalorama, an exclusive and wealthy enclave where 83% of the population is white and just 3.8% are African-American.

Read it all at Summit News..,

The Obamas have no problem turning their backs on blacks, and climate change.

Like the typical liberal leadership, Mooch is in the “do what I say and think what I tell you to think, do not copy what I think or do” class.

Michelle Obama is so full of crap that her eyes are brown, as my big sister used to say of me. 😉

Still, there must be something redeeming about her. Let me check the Mooch files…

Oh, wait I found one.

So if she is being honest then I will give her that.

Now shut your pie hole you race-hustling, egotistical has been.

I feel dirty for having had the displeasure of having to write about you again.

Why don’t you just shut up and go compare “package” sizes with your husband.

Oh yeah, some of you probably didn’t know that.

You are right about one thing Mooch… 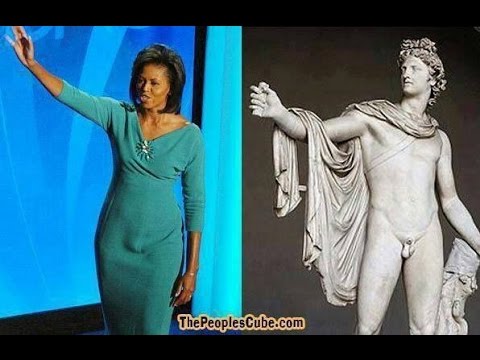 I would run like hell from YOU and hope you didn’t catch me.

I have to end it there.

I just threw up in my mouth a little.