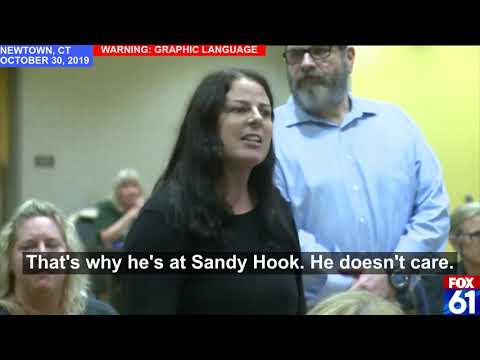 Editor’s Note: On Friday we learned that Beto has dropped out of the Presidential race. I wonder if this woman had anything to do with that. 🙂

Beto O’Rourke recently made a campaign stop in Newtown, CT.

For those who have forgotten, Newtown is the site of the Sandy Hook School Shooting of 2012.

He probably didn’t expect to find many that would oppose his gun confiscation agenda there.

But he did find one.

You have to watch and listen to this woman.

As angry as she may be, she makes a lot of sense.

Democratic presidential candidate Beto (Robert Francis) O’Rourke was taken to task by an angry Trump supporter in Newtown, Connecticut – who slammed the former congressman for trying to ‘hijack this town’ and ‘make an issue out of getting guns out of good people’s hands.”

“This is bullshit,” said Rebecca Carnes – a vocal Trump supporter who says she’s a “third-generation” resident of Newtown – where the Sandy Hook elementary school shooting took place in 2012. “It’s about mental health and it’s about this war on boys and masculinity,” she added. “You’re bullshit by being here, shame on you Beto.”

Here are the top five reactions to Beto’s beatdown on Fox 61’s YouTube channel, in order of popularity:

“It would have great to have seen Beto’s face after that dress down.”

“In Beto’s defense, it is important to remember that Epstein did not kill himself.”

“I’d say that she probably has more testosterone in her system than Beto O’Dork, but I think most women probably do.”

More people need to be made aware that Newtown has voted more for the republican candidates, in many of the recent local and general elections.

Newtown is not anti gun.”

Newtown is not anti gun?

Why should it be?

The problem is not letting citizens have guns.

The problems are numerous and include things like the mind-altering drugs our psychiatric community is freely prescribing to people who end up being mass shooters.

What about the fact that none of the faculty was allowed to carry a weapon that would have stopped the Sandy Hook massacre?

Still Beto, like most Democrats, is seeking to disarm us all.

No way in hell are you taking our guns Beto.

Tell your Democrat gun-grabbing buddies that we will die before we let you take our guns.

Shall NOT Be Infringed!