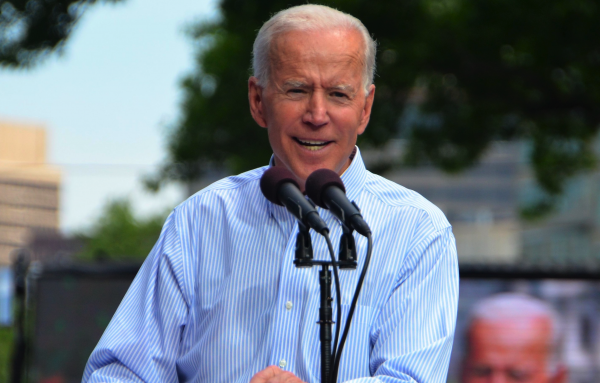 Ever since he announced that he was running for president, Joe Biden has been the frontrunner for the Democratic nomination. And the good news for the Biden campaign is that he is still leading in most major national polls. But the bad news is that his numbers have been steadily falling. At one point, his average level of support in national polls was over 40 percent, but now it is down to just 26.7 percent. And the really bad news is that Biden is falling behind other candidates in Iowa and New Hampshire. In fact, according to the latest poll Biden is now in fourth place in Iowa…

The Massachusetts senator polled at 22 percent, ahead of Vermont Sen. Sanders at 19 percent, Buttigieg at 18 percent and the former vice president at 17 percent, the New York Times/Siena College poll of likely participants in the caucuses showed.

In particular, Biden is really having a hard time getting young people behind him. At this point, he has the support of “only 2 percent of voters under 45” in Iowa.

A fourth place finish in Iowa would not be fatal for Biden as long as he came back strong in New Hampshire.

In New Hampshire, a University of New Hampshire/CNN poll conducted October 21-27 with a margin of error of 4.1 points found Sanders at 21%, Warren at 18%, and Biden at 15% — a dramatic drop of 9 percentage points from the July UNH/CNN poll, where Biden was at 24% support.

If Biden does not finish in the top two in either state, history indicates that it will be extremely difficult for him to win the Democratic nomination. The following comes from CNN…

Now, it’s not as if you must win these early contests. You probably need to come close though. George McGovern won neither in 1972, though he placed second in both Iowa and New Hampshire. Bill Clinton didn’t win either in 1992, though Iowa was ceded to home state Sen. Tom Harkin and Clinton came in second behind Paul Tsongas in New Hampshire. Put another way, no one has won a major party nomination since 1972 without coming in the top two in either Iowa or New Hampshire.

Public perception will be greatly shaped by the results of the first two contests. If Biden does poorly in both states, the mainstream media will be full of stories about how his campaign is in disarray, and donors and supporters will start looking for greener pastures.

So Biden better get his act together if he wants to be the Democratic nominee. And he potentially got some good news on Friday when Beto O’Rourke dropped out of the race…

O’Rourke said in a statement posted on Medium that his “service to the country will not be as a candidate or as the nominee,” adding that it is in the best interest of the Democratic Party to unifiy around the nominee.

“Though it is difficult to accept, it is clear to me now that this campaign does not have the means to move forward successfully,” he said.

Will this help Biden more than the other candidates?

O’Rourke was polling in the very low single digits, and so he didn’t have a lot of support. Many believe that at least some of O’Rourke’s supporters will migrate to Biden, but considering the fact that O’Rourke was so progressive this could also end up helping Elizabeth Warren and Bernie Sanders too.

But of much more importance is how the fundraising numbers will move in the weeks ahead. Unfortunately for Biden, he has been lagging the three other major Democratic candidates…

As of 2019’s third fundraising quarter, Sanders, Warren and Buttigieg reported $33.7 million, $25.7 million, and $23.4 million in cash on hand, respectively, compared with just $8.9 million for Biden.

Biden’s online fundraising picked up a bit in October, but it still wasn’t nearly enough…

Joe Biden’s presidential campaign announced Friday that it raised $5.3 million in online donations last month as the former vice president seeks to reassure voters as to the vitality of his White House bid.

If the Biden campaign continues to flounder, establishment Democrats are going to become increasingly tempted to recruit another big name to enter the race.

Michelle Obama has repeatedly insisted that she will never run for public office, but Hillary Clinton has been dropping hints in recent weeks that she may be interested.

However, if she is going to make a move she needs to do it soon.

As for Biden, his biggest problem is that he just can’t help being Joe Biden.

When a young female Democratic activist recently approached him with a hard question, he once again put his foot in his mouth…

You might have seen the video doing the rounds this week: Joe Biden, who was asked a tricky question by a young activist, responds about as condescendingly as humanly possible — “Look at my record, child.”

I was that young activist, and my encounter with the man who wants to be president taught me that he is not up to the task.

You can watch video of this exchange right here.

In this cultural environment, it is political suicide for someone running for president to call a young woman that is asking him a tough question a “child”.

It probably would have been best if his handlers had just kept him locked away from the public entirely throughout this process, but at this point the race has gotten so close that doing such a thing now is just not possible.

And this is especially true now that Biden has fallen behind in both Iowa and New Hampshire.

Biden supporters better hope that he can cook up a comeback in at least one of those states, because as it stands right now it is looking quite doubtful that he will be the Democratic nominee.

About the Author: I am a voice crying out for change in a society that generally seems content to stay asleep. My name is Michael Snyder and I am the publisher of The Economic Collapse Blog, End Of The American Dream and The Most Important News, and the articles that I publish on those sites are republished on dozens of other prominent websites all over the globe. I have written four books that are available on Amazon.com including The Beginning Of The End, Get Prepared Now, and Living A Life That Really Matters. (#CommissionsEarned) By purchasing those books you help to support my work. I always freely and happily allow others to republish my articles on their own websites, but due to government regulations I can only allow this to happen if this “About the Author” section is included with each article. In order to comply with those government regulations, I need to tell you that the controversial opinions in this article are mine alone and do not necessarily reflect the views of the websites where my work is republished. This article may contain opinions on political matters, but it is not intended to promote the candidacy of any particular political candidate. The material contained in this article is for general information purposes only, and readers should consult licensed professionals before making any legal, business, financial or health decisions. Those responding to this article by making comments are solely responsible for their viewpoints, and those viewpoints do not necessarily represent the viewpoints of Michael Snyder or the operators of the websites where my work is republished. I encourage you to follow me on social media on Facebook and Twitter, and any way that you can share these articles with others is a great help.