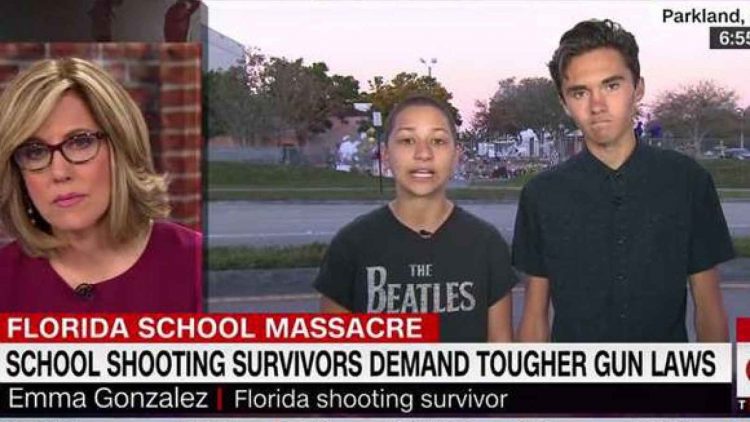 Editor’s Note:  While DeVos is pointing out what is obvious to everyone else, she continues on in the unconstitutional Department of Education under a global agenda to turn America’s coming generations into a Communist-style workforce.  Additionally, DeVos has zero education experience.  In our early history, we had high literacy rates both in rural areas and the cities.  The difference?  Parents were in control, the Bible was read and there wasn’t an agenda.  There was simply a faith in God that He commanded parents to be parents to their children, and parents understood that educating their kids was not the duty of government, but their’s alone.  Find out how you can get back to doing that for your kids and grandkids by clicking here.

Education Secretary Betsy DeVos is under attack for pointing out that our educational system has failed.

Education Secretary Betsy DeVos on Wednesday addressed the scores in a speech, calling the numbers a “reason for deep concern.”

“Our Nation’s Report Card shows that two-thirds of American students can’t read at grade level — two out of three,” DeVos said. “And only Mississippi and D.C. saw improvement this year.”

DeVos criticized “Big Ed” during her remarks, blaming much of the educational failure on the federal government’s involvement in the education system.

“More rules and more regulations. More staff and more standards. More spending and more strings,” DeVos said. “But, as the numbers in today’s Report Card reaffirm, students and teachers have gained precious little as a result.”

“States can also set aside a certain percentage of federal taxpayer funding to use in new and creative ways,” she added. “There’s a student-centered funding pilot program for dollars to support students — not buildings. I like to picture kids with backpacks representing funding for their education following them wherever they go to learn. States should embrace the freedom in ESSA and look for ways to extend that freedom to empower teachers, parents and students themselves.”

What these numbers show, once again, is that the public education system, run out of D.C., administered for the benefit of unions and politically connected consultants has failed miserably. The public education system doesn’t exist to teach kids, but to exploit them, to indoctrinate them, to use them to funnel money to Democrats through unions, and to take away their opportunities for success.

The answer is to take the wall down, end the centralization of education, and allow communities and parents to define various education models.

Unfortunately, there’s been very little interest and even some conservative opposition to Secretary DeVos’ efforts to open up education.

Every time an older conservative asks me what to do about the kids, my answer is, break the leftist strangehold on the educational system. That and immigration are the two fundamental issues on which the future of this country depends.