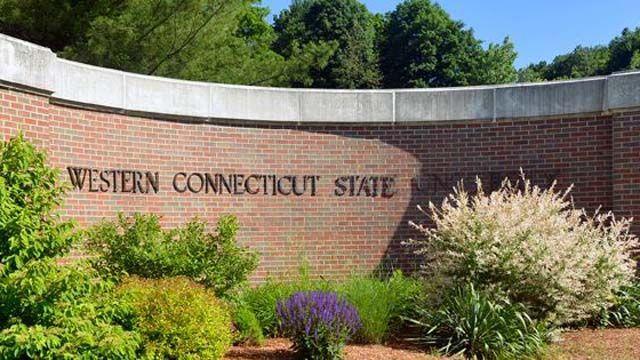 This story is a synopsis of everything that is wrong with American in 2019.

Would “It’s Okay To Be Black” flyers be drawing a police investigation at Western Connecticut State?

What has happened to free speech in America?

Now the only protected free speech is that which strictly adheres to the liberal code of ethics, and this does not.

Is this going to be considered hate speech?

No property was damaged and, other than not getting University approval, no laws seem to have been broken.

Here we go with another KILL WHITEY story.

DANBURY, CT (WFSB) — The president of a local university said hate-filled flyers were randomly distributed throughout campus on Thursday night.

Western Connecticut State University President John Clark said he is shocked and saddened about the flyers and inscriptions found on university property.

The flyers had “It’s Okay to be white” written on them, according to WCSU officials.

An investigation is underway involving Danbury police, CT State Police, and the FBI, where surveillance footage will be reviewed.

Interviews with anyone who may have witnessed the behavior will also take place.

“Have no doubt that we are treating this as an attack on our university community and making every effort to see that those responsible are caught and properly punished. I am fully committed to the absolutely necessary goal this does not happen again. We must be ever vigilant to protect our university against these hateful attacks,” Clark said in a letter.

Anyone who may have witnessed anything suspicious should call university police at (203) 837-9300.

Please write that phone number down in case you hear anything because we can’t let white people get away with such a hateful statement as, “It’s Okay To Be White.”

Come on people pull your heads out of your backsides.

IT IS NOT OK TO BE WHITE!

But I know that I’m not OK and the rest of you people need to listen to me when I say we are not OK.

LOL, what in the heck is going on here?

What kind of world do we live in when a man is judged by the color or his skin?

This is an Obamanation I tell ya.

We are only running from you Michael. (don’t click that link unless you are wondering why I called him Michael)

How ridiculous is this America?

It’s impossible for me to say who did this, but it was probably some white kids who were tired of hearing how evil they were for being white.

Either way, what is so criminal about saying that it is OK to be white?

We are all God’s children and we come in lots of different shapes, sizes and colors.

With the exception of the tall, skinny green ones most humans are pretty much all the same and we were all made in God’s image.

With that said, let the witch hunt begin in Connecticut.

We can’t have white people thinking they are equal to the rest of America by any means.