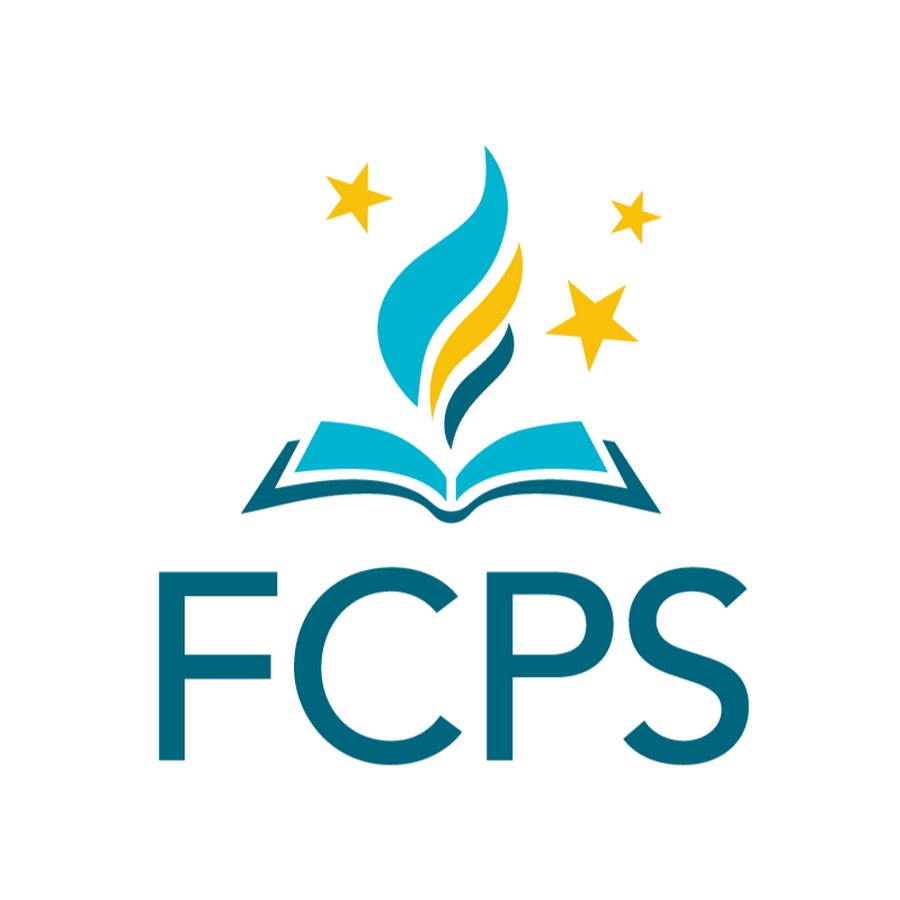 I live in Fairfax County, Virginia, which has the 10th-largest public school district in the nation, but I never focused on our public schools.

My kids go to Catholic schools, and that was the center of our universe. I never focused, that is, until I heard that the Fairfax County School Board voted to let boys into the girls’ bathrooms.

The vote was 10-1. Was there only one sane person on the Fairfax County School Board?

I had to find out. So I began attending school board meetings.

And there I saw moms and dads begging the school board to stop threatening their child’s privacy and safety in intimate spaces and on the sports field. They pleaded with the board to stop the pornographic reading assignments. They tearfully asked board members to respect their family’s religious beliefs.

These were my neighbors, fighting to stop their school board from playing sex politics with their children.

This shouldn’t happen anywhere in America. I resolved that it wasn’t going to happen in my county, on my watch, without a fight.

Fairfax County, just outside Washington, is the second-richest county in America. But most parents here don’t know that every year, beginning in seventh grade, their children will be taught lessons on “transgender theory.”

How did this happen? It started with a vote in 2015 to add “gender identity” to the Fairfax County school system’s nondiscrimination policy.

You can watch the vote on YouTube. Hundreds of parents, filling the room, occasionally shouting, trying to be heard. You can see the board chairman gavel them down and threaten to kick them out. You can see Ryan McElveen, the sponsor, scolding them, telling them they’re on the wrong side of history.

And you can see board member Elizabeth Schultz, the bravest woman I know, raise her hand alone and vote “no.”

All across the country, pressure groups are getting transgender mandates into public schools by targeting their nondiscrimination policies. Well-funded national groups such as the Human Rights Campaign, the Gay, Lesbian, Straight Education Network, Gender Spectrum, Southern Poverty Law Center, and Advocates for Youth.

They claim students are being harassed and demand that the only way to make schools “safe” is to adopt the total transgender agenda:

The Fairfax County School Board rushed the transgender policy to a vote with no hearings, no impact study, no public engagement.

They claimed that trans-identified kids were being bullied, and that the nondiscrimination policy must be changed right away.

A Freedom of Information Act request revealed there were no reports of harassment of trans-identified students. Not a single one.

No one wants to see a child in distress, especially a child suffering from sex confusion. But solutions such as dedicating private bathrooms or strengthening anti-bullying policies were shut down.

Because it’s not about bathrooms. It’s not about bullying. It’s about forcing all children and families to change their behaviors, their speech, and ultimately their beliefs to conform to the new government-mandated social orthodoxy.

It’s about power and politics.

Born in the Wrong Body?

The role our bodies are designed to play in human reproduction reveals our sex. We either deposit genetic material or we receive it. There is no third option.

Every one of our 100 million nucleated cells carries a copy of our male or female sex chromosomes.

Trans theorists say you can have a girl brain in a boy body. That’s scientifically impossible. Male bodies have male brains.

The truth is: Every person is born in exactly the right body.

Teaching kids that they can be born in the wrong body is psychological child abuse, according to the American College of Pediatricians.

Thankfully, only a tiny fraction of children will experience confusion about their sex. And up to 98% of those children will grow out of it after naturally passing through puberty, according to the American Psychological Association.

‘Watchful Waiting’ or ‘Affirmation and Transition‘

When a child expresses confusion about his sex, how should the adults around him respond? There are two schools of thought: “watchful waiting” or “affirmation and transition.”

Watchful waiting acknowledges the child’s suffering but remembers that more than 9 in 10 children with sex confusion will grow out of it naturally.

“Affirmation” requires that adults lie to children, telling them they really are the opposite sex, using opposite-sex names and pronouns, allowing (encouraging?) female dress and makeup for boys, cropped hair and “breast binders” for girls.

This is also known as “social transition.”

The final step is surgical transition, now known as “surgical affirmation.” This involves the surgical removal of healthy organs and the grafting of tissue to resemble opposite-sex reproductive organs.

All of this—every bit of it—is dangerous to children.

Puberty blockers for “sex transition” are an off-label use. They’ve never been tested or approved for this use by the U.S. Food and Drug Administration.

Bullying Parents Into Hurting Their Children

Activists in and out of the medical field push parents to affirm, affirm, affirm—because that’s what a “good” parent does, if you “love your child.”

Parents are pushed to get their kids on puberty blockers to “buy them time” to “explore their true identity.”

But consider: Only one study has followed gender dysphoric children who were socially affirmed and then put on puberty blockers. The percentage of these children who ultimately embraced their true biology was exactly 0%.

Contrast that with the findings of the American Psychological Association that up to 98% of sex-confused children will embrace their physical biology after puberty.

Puberty blockers don’t “buy kids time” to choose their sex. They make the choice for them.

Parents are told they must affirm and transition their child, or they’ll lose their child to suicide. Better to have a trans-daughter than a dead son.

In other words, these poor people did everything the trans theorists would have them do, even to the point of surgically mutilating their bodies. And they are still killing themselves.

Sex change does not prevent suicide.

The Erasure of Women

If men are allowed to identify as women, then “woman” has no meaning.

Radical feminists call it the “erasure of women,” and they’re right.

Trans activists demand that males have access to women’s private spaces. Not only bathrooms, but dressing rooms, lockers, and showers. If women or girls are anxious about sharing intimate spaces with males, what recourse do they have? To object is to be labeled a bigot.

Will trans policies be exploited by male predators? Of course they will. They already have been.

Transgender theory is in the process of killing sports for half of the human race.

A male named Rachel McKinnon steals gold medals in women’s cycling competitions. If you say that’s not fair, he calls you a “transphobic bigot.”

And beginning last year, they stopped using the terms “male” or “female” in the context of biological sex.

Last spring, the school board voted 10-2 to remove the concept of biological sex and replace it with the term “sex assigned at birth.”

“Sex assigned at birth” is a term pushed by trans pressure groups to support their agenda. You’re not born male or female, someone assigns a sex to you. You can change it later.

But students aren’t given any information about the possible health risks and permanent effects involved in hormonal and surgical sex transition. The school board’s curriculum drafters voted 12 times to exclude that information.

The transgender lobby group Gay, Lesbian, Straight Education Network, or GLSEN, celebrated the change. The group told The Washington Post that Northern Virginia public schools are used as “laboratories” for their transgender policies.

What does that make students in the school system? It makes them lab rats.

Another new sex ed lesson voted in by the Fairfax County School Board last year involves a daily sex pill known as PrEP.

It’s a controversial drug even in the gay community. Even with a 10% failure rate, it lowers the risk of infection enough to encourage some to abandon the use of condoms.

Michael Weinstein, founder and director of the AIDs Healthcare Foundation, said PrEP “will cause a ‘public health catastrophe’ by triggering a dangerous increase in risky sex.”

And yet the school board voted 10-2 to promote it to students every year, beginning in ninth grade. Even when the drug was not approved by the FDA for their use.

The Fairfax County School Board automatically enrolls every child in 80 hours of sex ed without their parents’ permission.

Think of the mischief that can be done in 80 hours. Think of all of the real education that’s not being done in those hours.

Here are some examples:

Opting Out Isn’t Easy for Parents

What may come as a surprise is that none of this is required by law. No federal or state law requires Virginia schools to amend their nondiscrimination policies to include transgender identity.

Neither is sex education required. The commonwealth of Virginia leaves to each school district whether to teach it.

If a school district does decide to teach sex ed, the commonwealth gives broad guidelines that should be followed, including teaching abstinence before marriage. But the guidelines are a floor, not a ceiling.

Even if Fairfax County can be said to meet the basic guidelines, they’ve gone far, far beyond them.

In Fairfax County, opting your child out of sex ed is not obvious or easy. This is because of the sheer volume of material and because of the limited, sometimes deceptive lesson descriptions offered to parents—beginning with the name of the program itself.

How many parents really understand that declining to opt out of “Family Life” means that their children will get transgender sexuality lessons every year? How many immigrant families–who provide 50% of the school population–learn what their kids are being taught in time to opt them out?

Even parents who discover the dangers of Fairfax-style sex ed in time to opt out their kids will find that their child is still getting sex-related lessons.

For several years the school board has been shifting lessons out of “Family Life” into other classes such as health or history. This may defeat the “opt out” given to parents by the school board.

But it certainly doesn’t defeat the fundamental constitutional right that parents have to direct the education of their children.

In Fairfax and elsewhere, parents may send a letter to their schools asserting their rights and clearly stating they don’t consent to have their child participate in sex ed they find objectionable.

The letter can convey their expectation that school officials will treat their child with dignity and respect. And it can give notice that the parents will pursue all legal and remedies available if their requests are not honored. (For a sample letter, go here.)

Cathy Ruse is a senior fellow for legal studies at the Family Research Council.

A version of this article originally was published by The Stream