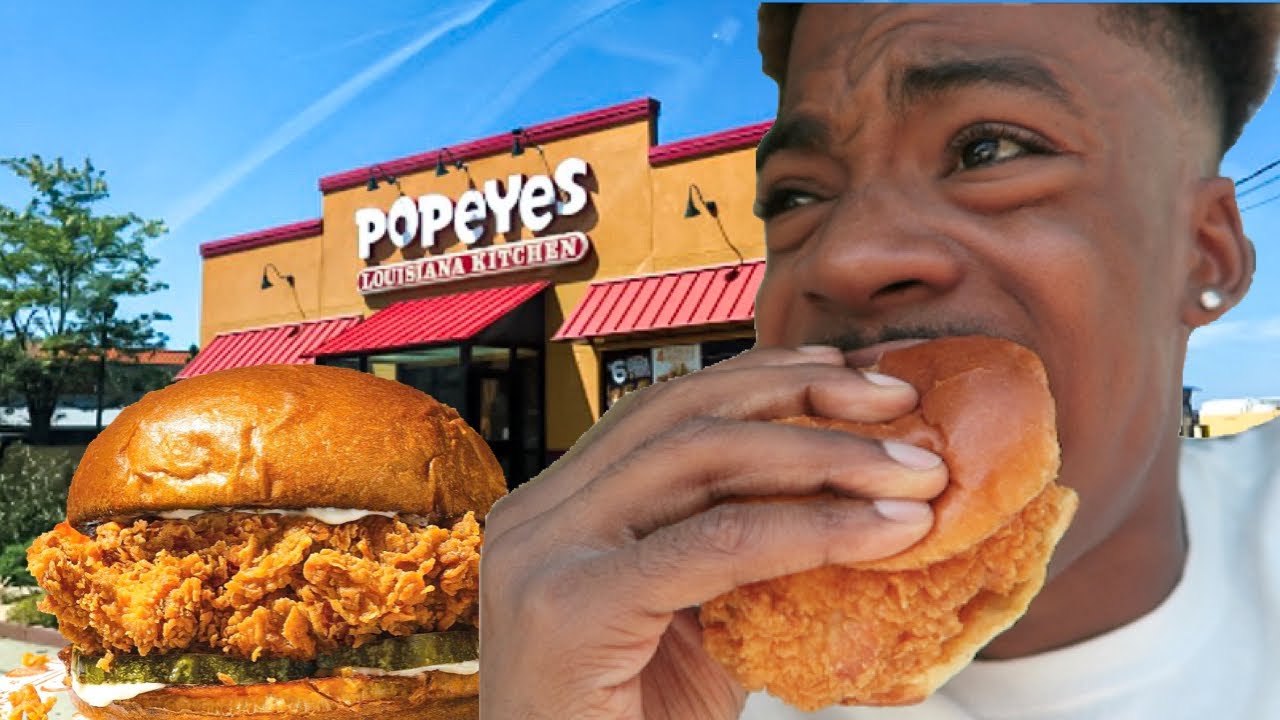 Would you kill someone for a chicken sandwich?  If your answer is no, what if it was a really, really tasty chicken sandwich?  After a two month wait, Popeye’s spicy chicken sandwich finally returned on Sunday.  It was “national sandwich day”, and fans in many locations started lining up well before stores opened up at 10 o’clock.  I have never had one of these sandwiches, and there isn’t a Popeye’s anywhere close to where I live, but after hearing about this frenzy suddenly I have a craving for a chicken sandwich.  Unfortunately, anger and frustration spilled over at many Popeye’s locations around the nation, and we did witness a number of violent incidents.  In fact, it is being reported that one man was actually stabbed to death at a Popeye’s in Maryland…

A man is dead after a stabbing inside a Maryland Popeyes, according to sources.

Prince George’s County Police say they received reports of a fight at a Popeyes location in the 6200 block of Livingston Road in Oxon Hill on Monday at around 7 p.m.

According to Fox 5, the stabbing happened “following an altercation over a chicken sandwich”…

Detectives are at the scene working to establish a suspect and a motive, police say.

Sources told FOX 5 the incident began following an altercation over a chicken sandwich.

How far gone do you have to be to stab someone over a sandwich?

And if people are getting this crazy now, what are they going to do once things start getting really bad in this nation?

In addition to this incident in Maryland, there were quite a few other locations where violence broke out.  The following is how the Daily Mail summarized the mayhem…

It must be one heck of a great chicken sandwich.

And this certainly isn’t the first time we have seen this sort of craziness at Popeye’s restaurants.  When this sandwich was first introduced back in August, there were similar incidents of violence…

In one August viral video incident at an unknown location an irate Popeyes customer jumped through a drive-thru window to fight with three employees, angry that there were no more chicken sandwiches left at that location.

Another furious brawl broke out in Brooklyn in August when customers stood in line for an hour and were outraged to learn that the chain ran out. An argument escalated to the point where a Popeye’s employee was injured.

At one time, if you saw a news story about someone that did something really crazy, it was easy to dismiss because the crazy people were such a small minority in our society.

Unfortunately, they are not such a small minority anymore.

Of course Popeye’s is not the only chicken joint that the crazy people like to frequent.  For example, just check out what recently happened at a KFC in Kentucky…

Witnesses tell WLKY a female customer shot through the window after she didn’t receive a napkin and fork.

Charlene Witt is the manager at the Subway restaurant directly across from KFC.

“I just can’t even think about what was going through their head to pull out a gun and shoot a window. It’s scary,” Witt said.

What in the world has happened to us?

We truly have become an “idiocracy”, and many of us are little more than overgrown children that never learned not to throw temper tantrums when something simple goes wrong.

On top of that, we have become a nation of addicts.  Being addicted to chicken sandwiches is certainly not the end of the world, but our addiction to legal and illegal drugs has definitely become a major national crisis.

In fact, the mainstream media is telling us that meth “is making a big comeback” in the United States…

Meth producers in Mexico are cranking up the speed of production, and the drug is making a big comeback in the U.S.

“Across the country, it’s probably still the largest problem we have in America,” Derek Maltz, former head of the Drug Enforcement Administration’s (DEA) Special Operations Division, told Yahoo Finance. ”The Mexican cartels… they make it at levels that we’ve never seen before. So business is booming, the country’s addicted, and it’s really, really out of control.”

The reason why Mexican drug cartels are making so much of the stuff is because there is insatiable demand in America.

And apparently there is a new version of meth that is less expensive, more powerful and “much harder to quit”…

By most accounts, meth is much harder to quit. And the latest version of the illicit drug flooding the nation is cheaper than ever before.

Primarily imported from Mexico by major drug traffickers, “meth 2.0” is stronger, cheaper and far more plentiful than the old home-cooked variety. And with historic levels of funding from the federal government focused exclusively on fighting opioid addiction, states and counties are scrambling to find resources to combat this most recent drug plague.

Can you imagine what this drug is going to do to communities all across the nation?

According to the New York Times, we have already been dealing with “the worst drug crisis in American history”, and now it looks like it is going to go to an entirely new level.

Ultimately, the thing that is most important to most Americans is whatever makes them feel good at that moment.

Whether it is meth, a chicken sandwich or something else, it is not wise to get between drooling Americans and their addictions.

The fabric of our society is literally coming apart all around us, and it is getting worse with each passing year.

Is This Still America?