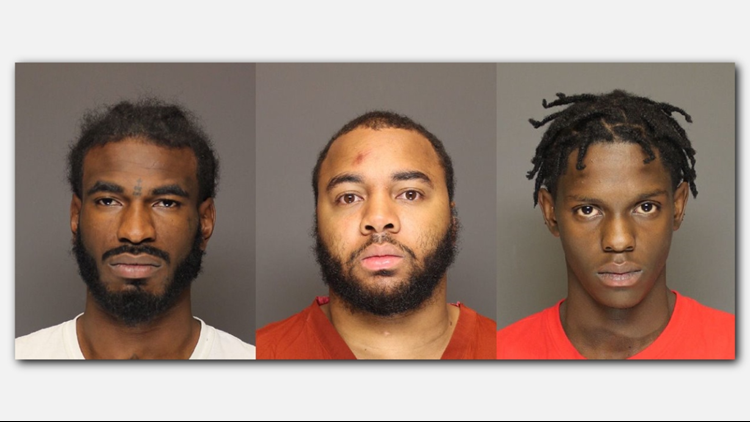 Three men busted into a Minnesota Jeweler with sledgehammers on Sunday.

Their “loot” led police right to their door because, lo and behold, one of the items they stole was a tracking device.

The incident happened Nov. 3 at a store on County Road 42 W in Burnsville. According to the criminal complaint, police responded to the store on a report of a robbery in progress. Dispatch told officers that a GPS tracker had been taken in the robbery, making it possible to locate the suspects.

When police arrived, they were told that three men had entered the store armed with sledgehammers, told employees and customers to get on the ground, and threatened to injure anyone who didn’t comply.

The witnesses said the men began to break display cases and take jewelry, according to the complaint. There were six employees and six customers there at the time.

Prosecutors say the people who were present described being “in fear for my life,” “petrified” and “scared to death.”

Authorities learned that the previous day, Nov. 2, a man had come into the store, looking for a “bridal set in the dollar range of $15,000 to $18,000.” The complaint states that the man asked if there were additional diamonds kept in a vault, and “appeared to be counting the number of display cases, familiarizing himself with the layout of the store.”

Authorities say they were able to track down the suspects using the GPS tracking device that was taken in the robbery. Marquell Lamar Evans, 28; Trevon Shukur Edwards, 19; and Antoine Devell Scott, 26; are all charged with felony aggravated robbery. 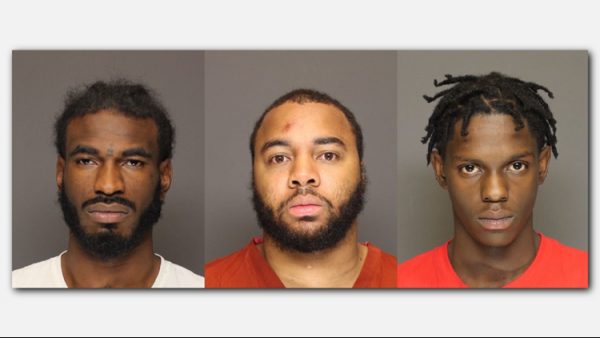 That almost looks like a prayer bump on the one thugs forehead, but it’s probably just an injury unrelated to Allah.

It’s also a bit hard for me to accept that the oldest man in that picture is 28, but that’s beside the point.

As funny as I thought it was that the thugs robbed the store with sledgehammers, YouTube is actually flooded with reports of sledgehammer robberies.

This seems to be trending within the thug community.

I couldn’t find a video for this particular case, but here are a few examples of sledgehammer wielding burglars.

I had no idea this was such a big thing. There are at least 20 videos on YouTube if you care to look and, for some reason, many of them are jewelry stores.

These men should consider themselves lucky.

It doesn’t always end so well…

Sledgehammer robbers should take heed and share this far and wide.

DO NOT steal the tracking device. 🙂