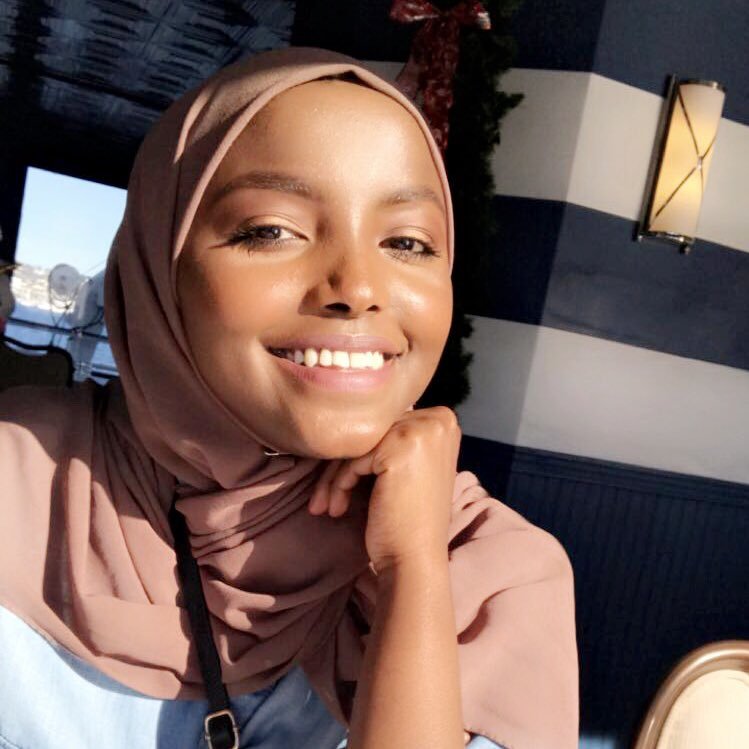 The first Muslim woman and Somali has won a seat on the St. Louis Park City Council in Minnesota.

“I realized how much my voice is needed,” Nadia said.

The 23-year-old Somali refugee came to America when she was 10.  Now, she’s been elected as a council member, and what’s she looking to focus on?

That’s all the usual things anti-Americans focus on in order to oppress law-abiding American citizens.

Here she is talking after winning the election.

“Thank you” seems to be the only English she provides in this clip for television.

She will be the first Muslim woman & 1st Somali on the City Council.

Mohamed didn't feel the need to speak English because her constituency is Somali. #ElectionNight pic.twitter.com/6WPmwYb3jk

Additionally, the man interviewing her, doesn’t do any better at addressing the main audience in the area.

Does anyone else think they have been transported to the Middle East?  No, that’s not what has gone on here.  This is part of the colonization of Islam in America.

You can see the election results here.

It sent a message that St. Louis Park is a place to “be inclusive in the day-to-day decision-making levels in the city,” she said.

Nadia came to St. Louis Park as a Somali refugee at age 10 and enrolled in St. Louis Park public schools. After graduating from high school in 2015, she said she struggled as an adult to feel at home in a city where social circles are often segregated.

“That’s when I started realizing how much I felt like a visitor in my community,” Nadia said in an interview. She wanted to help build connections between different cultural groups.

“A lot of times you don’t get to have that space where you’re connecting to community members of different races and different cultures,” Nadia said. “I wanted to build that space.”

There’s just one race, the human one, Nadia.  All you are seeing is different variations of humans made in the image of their Creator and it’s not the Allah of Muhammad, but of the Lord Jesus Christ.

“Oftentimes we ask for different voices at the table but we don’t take effective action to really get there,” Nadia said. “I think St. Louis Park has built up the support and built up the resources to get more people of color and more people of different backgrounds to come be engaged in the community.”

Or a more oppressed one.

Additionally, Nadia was also featured at RevivingSisterhood.org, which features Muslim women who talk about their “observations about female leadership, community, involvement and civic engagement.”

Apparently, Nadia’s only qualification for the position she just got elected to was indoctrinating Minnesota students about Islam and hijabs and being involved in deceiving people with the anti-Christ religion of Islam.

From the expose on her at RevivingSisterhood.com:

After that Ramadan, Nadia began chasing after opportunities to connect. She joined the St. Louis Park Multicultural Advisory Committee, which acts as a bridge between the city’s police department and the community, with particular focus on underserved residents. The first action that she took as a committee member was guiding the city in recognizing and mourning the bombing in Mogadishu alongside Somali-American St. Louis Park residents.

Meanwhile, the annual community Iftar continued to grow. By the time that Nadia hosted the third iteration, city officials were attending and taking time to connect with their Muslim constituents. The entire community, regardless of religious practice, was intermingling.

For her commitment to interfaith and multicultural work, Nadia was awarded the 2018 St. Louis Park Human Rights Award. This award recognizes individuals, groups, organizations, or businesses that have made an outstanding contribution toward increasing understanding and cooperation between community members of different backgrounds.

Soon enough, her efforts were recognized by Thom Miller, At Large B City Council Member.

“We know that the city’s dynamics are changing,” Councilman Miller said to her. His term was coming to a close, and — acknowledging his own perspective and privilege as a white man — he wanted a new council member representing those changing dynamics to take his seat. Nadia agreed to survey her network, searching for someone who was ready to run.

Two weeks later, she returned to Councilman Miller with a single prospect. “Listen, I couldn’t find anybody but me,” she told him.
He laughed and said that he had her in mind from the very beginning. In July, she declared her candidacy.

There you have it.  Minnesota is installing anti-Christ, anti-Americans in positions of representation.  You people are not going to like what you get! (Deuteronomy 28; Leviticus 26)

The Muslims are Coming…