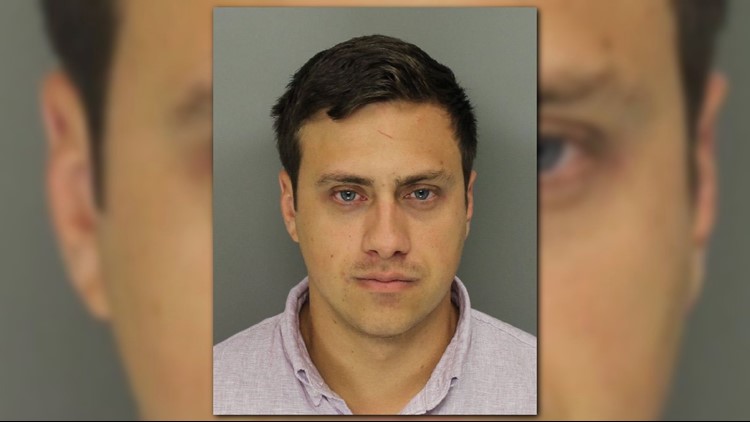 Three Kennesaw, Georgia police officers are being sued after an Army veteran disarmed and neutralized a man who was threatening him and several other people with a gun.  The suit is the result of what the veteran claims is fabricated evidence against him when the officers arrested him.

Veteran Matthew Solon was arrested following the altercation, along with the man who threatened him on June 26, 2017.

The report of the incident comes from WBIR.

A seemingly intoxicated man approaches two young couples in a parking lot outside Mazzy’s, a Kennesaw bar, and pulls out a handgun.

One of the victims on the other side of the gun barrel is Army veteran and son of U.S. Rep. Barry Loudermilk, R-Ga., 25-year-old Michael Loudermilk. Next to him is 24-year-old Solon, friend and fellow Army veteran who served in Afghanistan.

With the gun pointed at him and his friends’ direction and without hesitation, Solon leaps into action, charging the gunman, Dwight Cooper Jr., and disarms him.

As Cooper attempts to flee, Solon pistol whips him in the head, kicks his head, and calls 911 for help.

Here’s a look at police video of their arrival following the incident.

Here’s the transcript of the 911 call with the audio following.

Solon: “Hey, someone just pulled a gun on me.”

Solon: “I have the gun. It’s disarmed. It has hollow points in it. It’s a Glock.”

Solon: “This guy asked for a cigarette. We told him we didn’t have a cigarette. He’s drunk, and he pulled a gun out on us. So, I disarmed him.”

Solon: “The cops are coming. Yeah, the ambulance needs to hurry up. He’s bleeding from the head pretty hard.”

Cobb 911 operator to Kennesaw 911: “He was in an 86 [domestic argument] and a male pulled a gun on him. And he kicked that male in the face. The male’s bleeding heavily, and he also has that male’s gun now.”

Cobb 911 operator to Kennesaw 911: “The person who had the gun originally no longer has the gun. The complainant took the gun from him after kicking him.”

Solon: “Of course. I have it in my hand right here. It’s disarmed.”

Solon: “He’s on the ground bleeding from the head.”

Kennesaw 911 operator: “Can they put pressure on his head?”

He begins to hear several sirens as they echo throughout the dark city.

Kennesaw dispatcher to police/EMTs: “We have a subject that’s armed, and active 29 for a fight.”

Kennesaw dispatcher: “We have someone that’s been…”

Ambulance service: “Y’all have units there?’

Kennesaw dispatcher: “We have them en route. We have someone that’s been hit in the face, apparently. Not with the gun, but apparently during the fight.”

Ambulance service: “But they do have a gun there?’

Kennesaw dispatcher: “Apparently, they were in a fight, and somebody hit him in the face.”

911 operator to Solon: “I want you to stand there, and I want you to put that gun on the ground, OK? Do not have it in your hand when they pull up.”

911 operator: “OK. Tell them the gun’s here and point to the ground, but keep your hands to where they can see them.”

Kennesaw Police officers pull up on the scene. As they get out of the car, one asks Solon where the gun—now on the ground—came from. With his hands in front of him on the trunk of his car, Solon attempts to explain.

“It came from him, bleeding from the head,” Solon tells the officer.

“The guy bleeding from the head?”

Police took the better part of an hour to try and figure things out while they locked Solon in the back of their police cruiser.  Was he irritated?  Yes.  Were his friends irritated?  Yes.

Solon had several words with police while being detained, and some of those words seem justified as he not only stopped several people from possibly being shot, but also made the 911 call.

Meanwhile, Cooper was treated as though he were the victim in the matter.

However, here is the kicker, Solon is eventually taken to jail and charged with battery for hitting the man who threatened him and his friends with a gun, for felony possession of that gun and for taking it from the gunman!  I kid you negative!

The charges against Solon were eventually dropped but not before he was treated like a common criminal and he was cleared in any wrongdoing.

Solon says this is a lie. He alleges in his lawsuit that the police fabricated the statement so they could arrest him after he criticized their handling of the incident. The charges against Solon were eventually dropped, while the charges against Cooper are pending.

The federal lawsuit filed this week is seeking a jury trial and damages.

“I thought I did everything right,” Solon told Channel 2 Action News. “I unloaded the weapon, I eliminated the threat, called the police, gave him medical attention, everything, and when the police arrive they acted like I’m the criminal here.”

Reporter Jack Burns rightly points out, “Solon’s first mistake was calling 911. His second mistake was not invoking his 5th amendment rights. And his third mistake was trusting the system with the truth. When the system is driven by policing for profit and empowered by lawyers who, in turn, profit from bogus charges, the system is completely broken.”

“Yes, America, in the land of the free, a decorated war veteran can defend himself against a handgun armed attacker, and end up going to jail for it,” Burns concluded.  “Self-defense, apparently, is a God-given right which we are no longer entitled to exercise. According to Hale, Solon should’ve simply “called police” and let them handle Cooper. Maybe he would’ve lived, maybe not.”