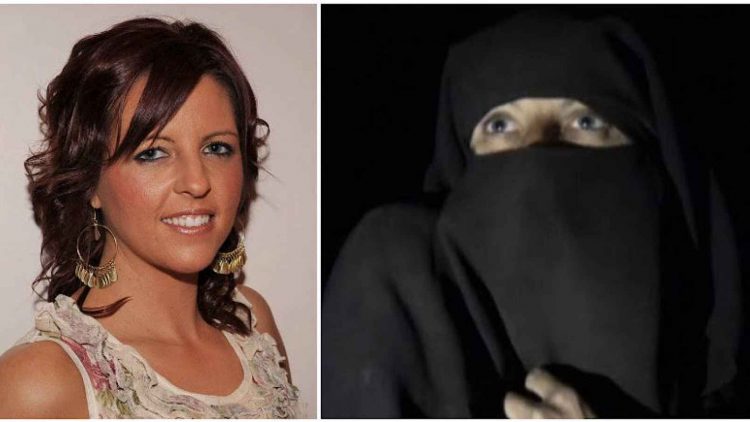 Irish authorities really, really want Lisa Smith back in the country, so much so that they’re sending military personnel to the foreign country where she is stranded in order to rescue her. And who is this Lisa Smith? Did she discover a cure for cancer? Has she saved thousands from starvation? Has she spearheaded medical or education drives for the poor and needy? No, she has done none of those things, or anything like them. Ms. Smith, the recipient of the Irish government’s extravagant solicitude, is an ISIS bride.

The Sun reported Monday that “officials from the country’s Department of Foreign Affairs have reportedly been deployed to Turkey’s border region to retrieve the 38-year-old, who travelled to Syria three years ago to join the Islamic State. Members of the Irish military and its special operations force, the Army Ranger Wing, are understood to be assisting with the operation.”

Maybe this military action is motivated at least in part by a comradely spirit: “Smith is herself a former private in the military and member of the Irish Air Corps.” Comradely spirit combined with a fear of being accused of “Islamophobia”: Smith “quit the forces in 2011 following her conversion to Islam.”

Four years later, Smith took off from her home in Ireland, heading for Syria and the Islamic State domains. Once there, she married a Muslim who had come to the Islamic State from Britain, Sajid Aslam. The happy couple had a daughter, Rakeya.

The Sun tells us that “despite her military training, she claims never to have fought for ISIS, though is suspected of helping to train younger women in combat.”

But there is nothing, nothing whatsoever, for Irish citizens or anyone else to be concerned about. When the BBC asked her if she was going to pose a security threat in Ireland, she was unequivocal: “If you ask me am I going to hurt anyone? No. Have I any intentions to do anything? No.”

Well then! Only the most racist and bigoted of “Islamophobes” could possibly object to the use of the Irish military to rescue this sterling citizen and her daughter and lead them back to safety, where Lisa Smith will doubtless become a loyal, productive, stable Irish citizen, and raise Rakeya to be one as well, no?

After all, it gets even better. Smith also told the BBC: “I’m just interested in trying to bring my daughter up and get her educated.” Who could conceivably have a problem with that? After all, everyone knows that it is only when Muslims are uneducated and denied opportunities that they turn to jihad, right? All right-thinking people know that it is not Lisa Smith who poses a threat to Ireland, but the desperately corrupt, vicious racists who want her kept out. (Yes, Lisa Smith was born white, but she converted to Islam, so that makes her brown now, and the victim of racism from anyone who might wish to impede her jihad – er, that is, her struggle for freedom and justice.)

See? It’s all right. She promises it right there: “When I go home I’m not going to kill anyone.” You can take that to the bank, my friends. Once again, it would be “Islamophobic” to doubt her word, and as they send in the military to rescue this hero, the Irish authorities are going all-in on rejecting “Islamophobia.” You should, too! Don’t pay any attention to the fact that while she gave us assurances about herself, she made no promises about not raising her children to be jihadis, or not aiding in other people’s jihad activity while in Ireland. But no matter. Apparently that jihad activity is what Irish authorities want – so much that they’re planning to expend blood and treasure on bringing this jihadi home.