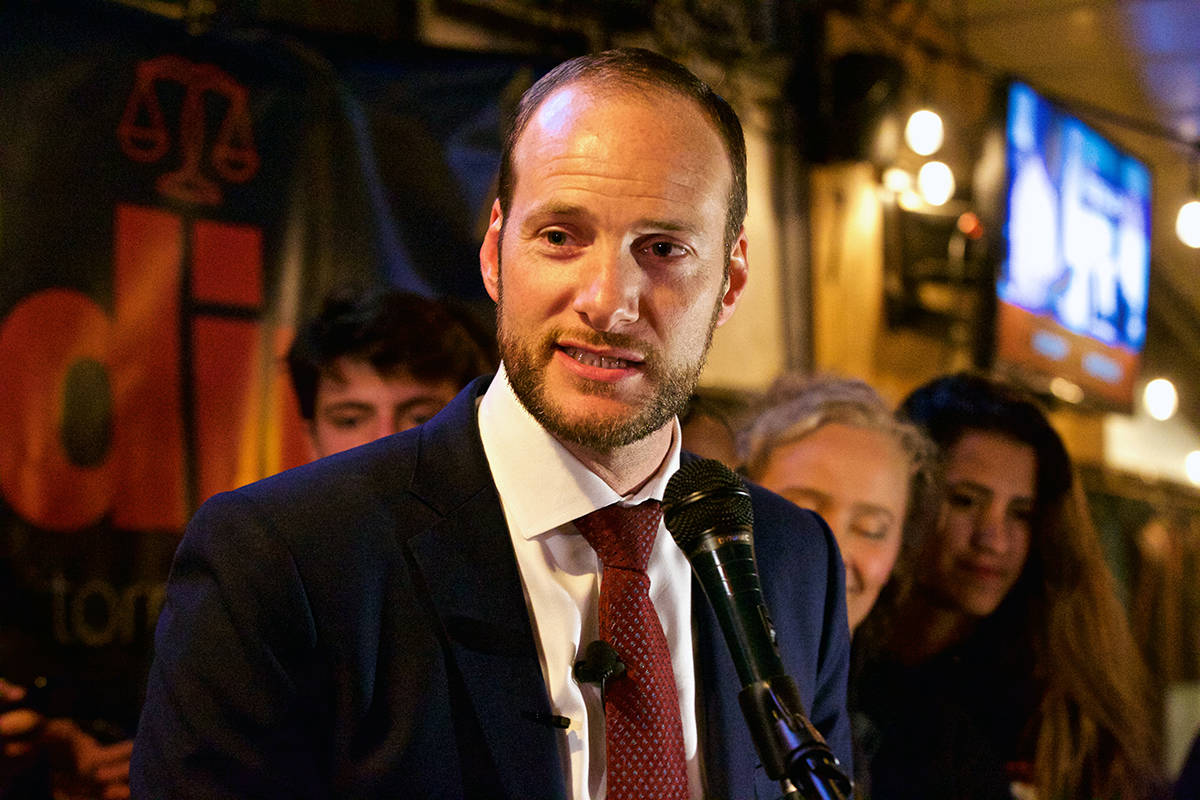 Chesa Boudin, 39, is the son of Weather Underground terrorists Kathy Boudin and David Gilbert who were arrested for their role as getaway car drivers in the Brink’s robbery of 1981 in Rockland County, New York.

After his parents were incarcerated (when he was 14 months old) fellow Weather Underground terrorists Bill Ayers and Bernardine Dorhn adopted Chesa.

According to WFMZ, Chesa won San Francisco’s tightly contested race for district attorney after campaigning to reform the criminal justice system. Excerpts from their report:

“The former deputy public defender declared victory Saturday night after four days of ballot counting determined he was ahead of interim District Attorney Suzy Loftus. The latest results from the San Francisco Department of Elections gave Boudin a lead of 8,465 votes.

Boudin, 39, became the latest candidate across the nation to win district attorney elections by pushing for sweeping reform over incarceration. He said he wants to tackle racial bias in the criminal justice system, overhaul the bail system, protect immigrants from deportation and pursue accountability in police misconduct cases.

Boudin entered the race as an underdog and captured voters’ attention with his extraordinary life story: He was 14 months old when his parents, who were members of the far-left Weather Underground, dropped him off with a babysitter and took part in an armored car robbery in upstate New York that left two police officers and a security guard dead.

He was raised in Chicago by Weather Underground leaders Bill Ayers and Bernardine Dohrn before studying law at Yale University. He later won a Rhodes Scholarship and worked as a translator for Venezuela’s late President Hugo Chavez before coming to San Francisco.”

Some of Chesa’s issues as described on his DA campaign web site:

Stand up to Trump Immigration: The Trump administration has waged a savage and xenophobic war on immigrants, tearing families apart, undermining trust in law enforcement, and exposing hundreds of thousands of people to brutal and inhumane conditions in immigrant detention facilities across the country, including right here in Northern California. Though San Francisco is a sanctuary city, many members of our community face a litany of threats here We must protect all members of our community from these attacks.

Reduce Gun Violence: As District Attorney, Chesa Boudin will take a multi-faceted approach to reducing the gun violence that continues to plague San Francisco’s black and brown communities. Specifically, Boudin will combine rigorous enforcement of existing gun laws with community partnerships, and gun buy backs to address gun violence from a public health perspective, and to prevent gun violence before it happens.

Eliminate Money Bail: As District Attorney, he vows never to ask for money bail that is tantamount to detention and will only ever seek detention of those defendants who present a serious risk of flight or danger to the community, and for whom there are no less restrictive alternatives.