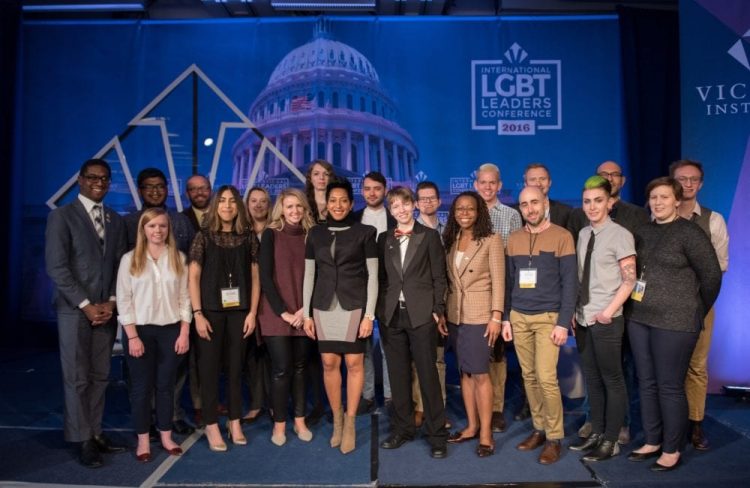 We’re already seeing the numbers of Muslims both running for and winning elected office in America growing.  However, a new report is out that indicates that 80 LGBTQ candidates were elected during the November 5th elections.

According to Victory Fund, a national organization that seems to openly discriminate against those who are not openly mentally ill and engage in sodomy, lesbianism and all other sorts of sexual deviancy by being dedicated to electing openly LGBTQ people in order to “further equality at all levels of government, 80 LGBTQ candidates were elected this month.

According to the press release from Victory Fund, “More LGBTQ candidates won than in any other odd-numbered election year.”

Washington, DC – While returns continue coming in, election results so far indicate a strong night for LGBTQ candidates, with 80 Victory Fund endorsed LGBTQ candidates winning their races as of November 6th at 12:40am ET. Twelve races remain undecided and three are heading to runoffs. There were 111 Victory Fund endorsed candidates on the ballot Tuesday night – the most ever in an odd-numbered election year. View the latest updates on candidate races at victoryfund.org/results2019.

Below is a statement from Mayor Annise Parker, President & CEO of LGBTQ Victory Fund, on tonight’s wins, as well as demographic and other information on the 80 Victory Fund endorsed candidates who won their races tonight.

“Americans are understandably focused on the 2020 presidential and congressional elections, but the LGBTQ candidates who won tonight will arguably have a greater impact on the everyday lives of their constituents. The LGBTQ candidates who were elected to school boards are our future state legislators. And those who won state legislative races are our future U.S. Congressmembers and our future governors. We are building a pipeline of out LGBTQ leaders at every level of government so we can advance equality today, and so we are positioned to run for higher-level offices in greater numbers tomorrow.”

Breakdown of LGBTQ Candidate Victories by Demographic and Other Information

What these people fail to tell you is that this has nothing to do with equality.  It has everything about dominating those they disagree with and shutting them down.  There is nothing equal about two men or two women engaging each other sexually.  There is nothing equal about mentally ill men and women who believe a lie that they are the opposite sex and will either cross dress or mutilate their bodies in accordance with that lie.

And people are actually electing these people to represent them!

Don’t think God will be mocked by this.  It’s actually part of His judgment on a disobedient people who seem to love those who are openly in rebellion against the Creator rather than love the Creator, Himself.