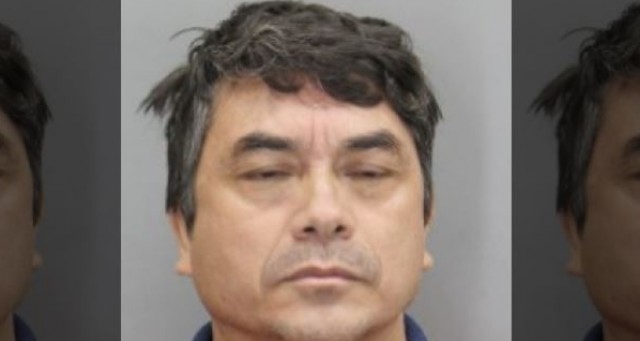 MARYLAND – Authorities in Montgomery County, gave Immigration and Customs Enforcement (ICE) a 15-minute warning before releasing an illegal alien accused of sexually abusing a child, according to ICE.

Luis Fredy Hernandez-Morales, 48, a Guatemalan national who lives in Springfield, Va., is accused of inappropriately touching a young girl he is related to. Police said he molested the girl while he was staying at her home in Montgomery County in July. Hernandez-Morales is active in the youth ministry at a local church and police believe there may be other victims, Fox News reports.

Despite an earlier declaration from the county executive that he would be rolling back a sanctuary policy he signed into law, authorities at the Montgomery County Detention Center gave ICE virtually no warning before releasing Hernandez-Morales from their custody earlier this month, The Daily Caller reports.

“[Enforcement and Removal Operations] Baltimore records show that at approximately 6:00pm on Nov. 6, [Montgomery County Detention Center] notified the ERO Baltimore duty officer of Hernandez’s impending release. The duty officer called MCDC within 15 minutes to gather more information on Hernandez only to be told Hernandez had already been released,” read an ICE statement provided to the Daily Caller News Foundation.

ICE agents in Maryland hoping to make an apprehension at the Montgomery County Detention Center must travel from their Baltimore office. The drive can take roughly 45 minutes under light traffic conditions, or well over an hour during rush hour.

Following his arrest, he was extradited to the Montgomery County Detention Center, which is located in Rockville, Maryland. A district court judge issued Hernandez-Morales a $20,000 bond, and he was able to be set free hours later after posting 10% of the money. Montgomery County did not honor the ICE detainer lodged for Hernandez-Morales, and called the agency just minutes before he was released back into the community.

The leader of ICE’s Baltimore office hammered Montgomery County for the impossible window of time.

“You need to give us a fair chance to get down there,” Frank Madrigal, the acting Director of ICE’s Baltimore Field Office, said to ABC7 News on Friday. “I assure you, we’re going to do everything we can to respond to a facility whether it’s in Hagerstown, Maryland, or Rockville, Maryland, or Ocean City, Maryland.”

“Montgomery County had indicated they would securely transfer dangerous criminals to our custody rather than release them to the community where they can reoffend. These actions indicate they intend otherwise,” he added.

ICE agents were ultimately able to apprehend Hernandez-Morales themselves on Friday.

When law enforcement agencies fail to honor immigration detainers and release a criminal alien onto the streets, it negatively impacts public safety.