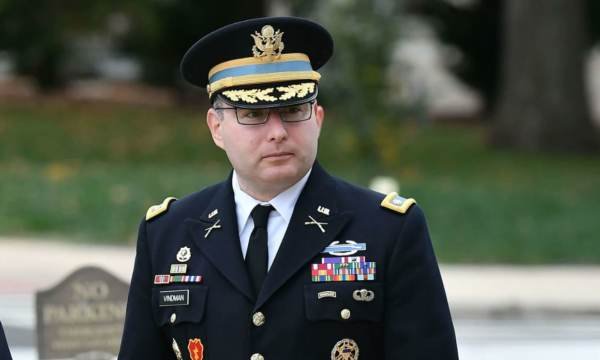 Here’s Gary to tell you what that bad news is…

They better win because Vindman won’t be the only one losing if they do not.

Here’s Christina Laila from The Gateway Pundit with more…

National Security Advisor Robert O’Brien appeared on CBS’s “Face the Nation” on Sunday and talked about the major reduction in personnel at the NatSec Council moving forward.

Mr. O’Brien told CBS host Margaret Brennan that the agency became bloated under the Obama Administration and ballooned to over 236 people.

Robert O’Brien, who was just appointed as National Security Advisor in September of this year after John Bolton was forced out, said Alexander Vindman is scheduled to be rotated out of his post at the NatSec Council and sent back to the Department of Defense as he pares down the agency to about 100 people.

Alexander Vindman, one of Schiff’s star witnesses and a left-wing hack, testified to the House Intel Committee that he “thought” the President was wrong in his policy with Ukraine.

So he later told Ukrainians to ignore President Trump — Vindman actually thinks he is superior to Trump even though he is an inferior official in the intel department.

Margaret Brennan asked Mr. O’Brien if there would be “retaliation” against Vindman for testifying.

Mr. O’Brien was clear and said that everyone at the NSC (National Security Council) will be rotated back to their respective departments and he will be bringing in new people.

The National Security Council was full of Obama holdovers who ultimately damaged the Trump Administration with illegal leaks to the media.

Lt. Col. Vindman is just one of many Obama hacks who will be thrown out of the agency thanks to Robert O’Brien’s leadership.

Read the Rest at The Gateway Pundit

What do you think Vindman?

Is it worth it?

If they fail, and they likely will, a lot of people are going to learn a harsh lesson over this fake impeachment it would seem.

Anyone who pays attention, with an open mind, knows this whole impeachment fiasco is a sham.

Those lies will end your careers when and if the tables turn.

I believe they will.

How crazy is it when the real Ukraine colluders are putting an innocent President on trial for the accusers’ crimes?