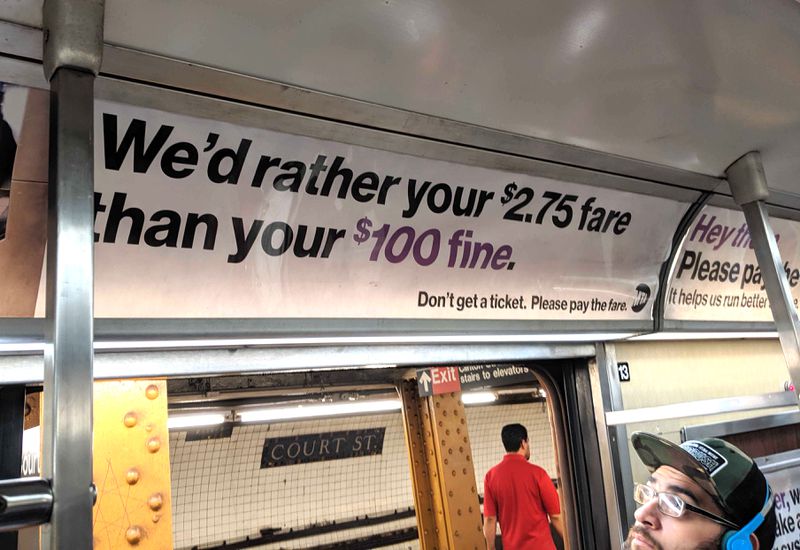 Editor’s Note: 86-90% of fare evaders are black or hispanic in NYC, despite only representing 51% of the population. This policy is clearly about catering to thugs who traditionally vote Democrat. As is the norm with leftists, the focus is to appease rather than empower. 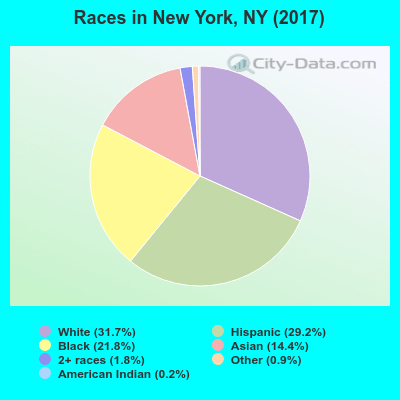 Viral videos of blacks being arrested at subway stations inspired the violence. In one video, police rushed a black man because they thought he had a gun. He didn’t, but police arrested him for fare evasion.

Ending mass incarceration means challenging a system that jails the poor to free the rich.

Arresting people who can’t afford a $2.75 fare makes no one safer and destabilizes our community.

New Yorkers know that, they’re not having it, and they’re standing up for each other. https://t.co/asvidIe5zV

During the first three months of 2017, 90 percent of arrests for fare evasion in New York City were of blacks and Hispanics. From April to June 2019, the figure was 86 percent.

The explanation? “Fare evasion enforcement is racist,” the American Civil Liberties Union claimed in a statement in favor of decriminalization for the Washington, DC metro system. “[M]ore fare evasion policing means more people of color getting fines and being submerged in the criminal justice system,” Vice contributor Rick Paulas says.

Activists argue that making riders pay makes public transit more dangerous. “It doesn’t to me make transit safer if what we’re doing is — if the strategy is to make sure that a lot of people can’t access it — make sure that poor, black, and brown people can’t access public transit,” Collective Action for Safe Spaces activist Jesse Raven said of Washington D.C.’s enforcement policies. “That’s not safety. That’s the opposite.”

Some want to salve the problem with free public transit. For now, though, that is probably too much for cash-strapped cities; decriminalization isn’t. Manhattan District Attorney Cyrus Vance has declined to prosecute fare beaters for criminal “theft of services.” Naturally, arrests for fare evasion plummeted. Instead, police issue tickets — which people rarely pay. State assemblyman Dan Quart, who will challenge Mr. Vance, wants to reduce the fine to the cost of the fare. This means there’s no reason to obey the law.

The DC City Council approved the “Fare Evasion Decriminalization Act” earlier this year, with 11 members overriding Mayor Muriel Bowser’s veto. The penalty would be a $50 civil fine. “It does not advocate lawlessness, rather fairness,” councilmember and former DC mayor Vincent Grey said.

“I fundamentally disagree with the premise that some people should pay on Metro and some people shouldn’t,” responded Mayor Bowser, taking an admirably sane position. “I also believe that lawlessness begets lawlessness.” The Washington Metropolitan Area Transit Authority agrees with the mayor; it loses an estimated $40 million every year from fare beaters.

In January, Portland prosecutors announced that most turnstile jumpers would not be prosecuted. They said the new policy would make the system fairer. “It’s a great thing that they’ve done this,” the head of the city public defenders said, though he added “we” still “need to call out racism in the system.”

Blacks and Hispanics beat the fare more often than whites or Asians. Often, a lot more often; that’s why they are cited and arrested more often. Activists and journalists claim either of two things: Arrest rates reflect “racist” policing or the laws themselves are “racist.” Maybe both. In either case, the problem is law enforcement, not criminals.

It’s easy to see where this leads — especially since other cities have already made the same mistakes. A recent report found that violent crime doubled in the San Francisco Bay Area Rapid Transit (BART) system in the last five years. Rider satisfaction levels fell, and the number of riders is down 8 percent since 2016 — despite several new stations and increases in the area’s population.

Decriminalizing fare evasion in 2008 — for the usual reason that expecting riders to pay is “racist” — is at the heart of BART’s problem. An estimated 15 percent of riders now skip the fare. That’s 17.7 million people, which costs the system $25 million a year. What’s more, free entry attracts bums. “People are shooting up in stations,” complains one rider. Riders are sick of stepping over druggies and winos who now live on trains and in stations.

This combination of free access and an atmosphere of degeneracy naturally attracts criminals. In the last five years, violent crime in the system has doubled. Letting law-abiding citizens carry concealed weapons would be a small step to maintaining order, but that would be unthinkable in California. The system issues unavailing warnings such as “Keep your head up and your phone down,” and wants to hire more cops — who will still do nothing about the bums and fare beaters.

Is it a wonder that people are finding other ways to get to work? And how long will it take whites and Asians who watch blacks ride free to start feeling like chumps and stop paying, too? Everything about this is obviously, hopelessly bad.

Anyone could have predicted what would happen when cities stopped enforcing the rules. And why did they stop? Because blacks wouldn’t follow them. The future is clear: Public transportation will grow more lawless, more decent people will leave, and deficits will get worse.

This is what happens when a society runs on race fantasy rather than race realism.