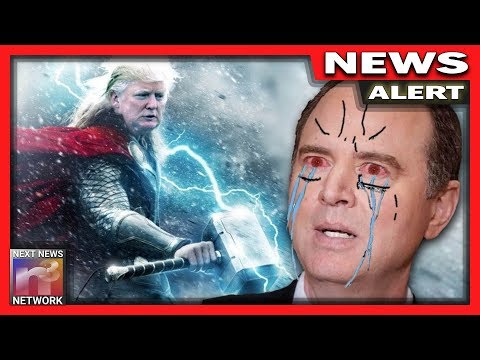 Gary Franchi called it a miracle.

I think this is just a matter of justice prevailing as Americans rally to support their President against this phony impeachment scam.

Here’s Gary with the details:

In the midst of the first public Democrat-led impeachment inquiry hearings into President Donald Trump, the president posted a video wherein he called the hearings “the single greatest scam in the history of American politics” and warned the American people of what’s at stake in the upcoming election.

“What’s going on now is the single greatest scam in the history of American politics,” Trump said in a video posted by the White House Twitter account.

“We can never let this happen,” Trump warned. “We’re fighting to drain the swamp, and that’s exactly what I’m doing. And you see why we have to do it: because our country is at stake, like never before.”

“It’s all very simple,” POTUS ended the video. “They’re trying to stop me, because I’m fighting for you. And I’ll never let that happen.”

Read More at The Daily Wire…

He knows that it isn’t enough to end this IMPEACHMENT SCAM. We're upping the goal to $5 MILLION!

America has spoken and will grow louder.

The more you mess with OUR President, the more we will fight you.

You haven’t seen anything yet Democrats!

Never has it been more obvious to Americans that our entire government is a sham.

Democrats are out to hang an innocent man and care not what their constituents think.

It’s all about political power and has nothing to do with any kind of imagined justice.

You’d better get the job done, or your party is done being anything close to a worthy adversary to Republicans.

Then imprison their reinforcements, because there are many waiting in the wings America.

We need to make examples of the guilty parties in a big way and squash the uprising.