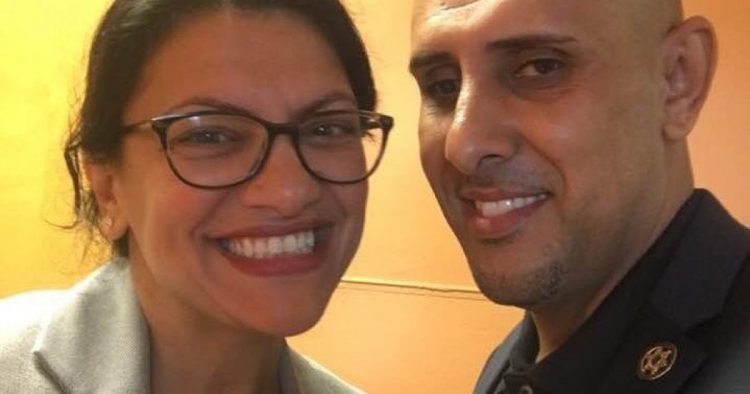 From the state the gave us lawless jihad Rep. Rashida Tlaib comes the story of a 37-year-old Muslim immigrant from Yemen who has become a Democrat operative and community leader that has now been charged with raping a disabled teenager in Michigan.

Wayne County Prosecutor’s Office charged Ibrahim Aljahim for allegedly raping a disabled teenager outside of a high school in September.

At the end of October, the student at Hamtramck high school testified at a preliminary hearing in the 31st District Court in Hamtramck, alleging that Aljahim engaged in oral sex with him.

Yes, this is the same area whose city council was recently taken over just a few years ago by Islamists who warned:  “Today, we show the non-Muslims and everybody else…”

During the hearing Thursday, the student testified that in a separate incident, another student had removed his pants, exposing him, and took a photograph of his privates.

A Democrat political operative & Muslim activist in Mich. has been charged for alleged sex crimes against a male HS student w/a mental disability. Ibrahim Aljahim, a Yemini immigrant, is also under investigation for other sex assault allegations by minors. https://t.co/d12n7y21oy pic.twitter.com/YJ6fF7VDaB

Aljahim also campaigned for Bernie Sanders recently, along with jihad Rep. Tlaib, who refers to Sanders as “Amo,” which is Arabic for “uncle.”

"I am endorsing Amo Bernie Sanders because he's not gonna sell us out. He understands that it's not just about policies and about words, but it's going to be also about completely transforming the structures in place." –@RashidaTlaib pic.twitter.com/3SaGZeOUT7

Of course, Aljahim’s attorney claims that he was simply trying to help troubled teens and there is nothing to the allegations.

Roger Farinha, an attorney representing Aljahim, said after the hearing, “Ibrahim did his job in protecting the children.”

So, the children are just making this all up?  Apparently, that’s what Farinha wants people to think.

Again, from the Detroit Free Press:

Farinha argued that incident was what led to false allegations of his client having sex in the car. During the hearing, video was shown of Aljahim and the student in and outside the school during various moments the morning of the alleged incident.

Farinha said the video and testimony shows that there would not be enough time for a sexual act to have taken place in the car. The student testified that he was “coughing up hair” after the alleged assault.

The student also testified about how his Islamic religious faith and the Quran compel him to obey his elders.

Aljahim is the school’s community liaison and got the job because he was seen as well-connected in the Yemeni American community of Hamtramck, said school officials. A majority of the school’s population has Yemeni ancestry, the school’s dean of students, Ahmed Hariri, testified Thursday.

Wayne County prosecutors said in a statement that the victim was mentally disabled and that Aljahim was “in a position of authority over the victim.”

What boy would make such accusations?  None that I know about.

This is another Democrat operative shilling for more Socialists, Communists and Islamists to undermine our government and way of life.