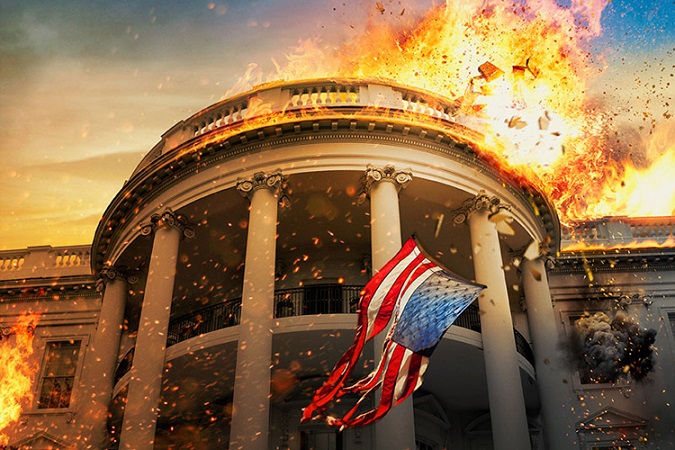 Despite 24/7 media support, even liberally-skewed polls indicate Schiff, Pelosi, and their faithful senate compadre, Pierre Delecto, have stepped in it with this impeachment side-show. House Democrats in red or purple districts already regret supporting this doomed political venture, while even those in solid blue districts are watching the polls with a wary eye. Being forced to move this kangaroo court out into the light of day has exposed the Deep State’s coup attempt even further, as witnesses and their tall tales are publicly dismembered by Republican committee members.

The Deep State has gone all-in against one of the most popular and effective presidents in recent history. The curtain has been thrown back exposing the unholy alliances between Washington politicians (across party lines), our intelligence apparatus, agents of foreign governments (including our enemies), a globalist media consortium, and international big donors.

Carefully hidden from public view for almost a century, the question is why the Deep State is coming out in the open to impeach a president who only has one year remaining in his term? Is it fear he will be reelected—if so, why is that worth the risk? He has been more or less effectively blocked from pursuing a large portion of his (and America’s) agenda by the Pelosi gang in the House, and Mitch “Shanghai” McConnell in the Senate. Surely this UNIPARTY has mastered the art of Kabuki Theater well enough to suffer through five more years.

In 2016 the unexplained happened, the nation bypassed the opportunity to elect the first female president, and chose instead a real outsider, a crass poster-boy for everything anti-PC and non-presidential. The national conscience was so alarmed by what it had witnessed over the previous sixteen years, no matter how many bimbos pointed their fingers, no matter how many negative press stories were broadcast, and no matter how many rude comments were uttered by candidate Donald Trump, he was the one chosen to lead the country.

How could a person like Trump win? During the Republican primary he shared the stage with a veritable cornucopia of stars. We saw a political family-dynasty, two minorities, a Canadian, a governor, a well-known Christian commentator, and a libertarian, just to name a few. Even conservatives seemed to be split after the field was winnowed down—yet the loud-mouth New Yorker won our hearts and minds, and our votes.

As right as we were in selecting this untested political asset, Donald Trump didn’t actually win the election—the establishment LOST! Congress had hovered around a twenty-percent approval rating for years, yet they managed a 97 percent reelection rate. Post 9-11, the republican congress refused to do anything to stop either Bush or Obama from putting us under the heavy thumb of government agencies. The media had historically been rated lower than used car salesmen, and our national debt had skyrocketed a Trillion dollars under Bush and Congress. Obama and the Republican-Democrat consortium added another 400 Billion dollars to the debt. In sixteen years our debt increased from 18 billion dollars to 1.4 trillion. That’s nearly 800 percent.

The public had seen behind the curtain

By 2016 most Americans had lost faith in a system that was corrupt and unaccountable to the electorate. Many pundits believe Clinton lost the election because she was so unpopular, but the truth is she had become the face of the establishment. She lost because of the backlash against everything that was perceived as wrong in government. The hated media couldn’t help her, and mega-donors couldn’t throw enough money at the election to make a difference.

Trump and a newly-awakened electorate triumphed over the Establishment–oh CRAP!

Since the election of President Trump, the SWAMP has been churning as its denizens thrash around trying to regain their political footing. The bigger the spectacle, the more assured Trump supporters are that we made the right decision—and we’ll make it again in 2020. Polling shows that the more the Deep State attempts to reverse the 2016 outcome, the more determined we are to hold our ground.

The leadership of the UNIPARTY, the complicit media, traitors in government, and politicians on the dole all know the jig is up, temporarily. The 2020 presidential election result is a foregone conclusion—what comes next is what frightens them most. How much more of their gravy train will Trump overturn?

For three years we have seen the dark underbelly of politics. We’ve watched our so-called representatives rationalize and justify sending jobs overseas while flooding our markets with cheap labor via visas and open orders.

In response to our President’s attempts to secure our borders, cities and states have created safe zones to harbor the very people who prey on us and our families.

By stopping immigration from certain nations, President Trump attempted to limit terrorist access to our shores. In response, federal courts ruled against him, proving to us that even our judiciary is part of the cesspool. The recent SCOTUS ruling allowing gun manufacturer, Remington to be sued for the actions of criminals is the most recent example.

Current investigations by the Trump DOJ are uncovering the level of corruption that has infected our government agencies, including (and most especially) our justice and intelligence divisions. Former constitutional protections have been subverted in a system which serves special interests, and not the people. Foreign influence was purchased in order (unsuccessfully) to throw the 2016 election in favor of Establishment favorite, Hillary Clinton.

The only hope for the Deep State is for the newly-awakened electorate to go back to sleep and forget everything they saw—or at least give up on being able to make a lasting difference, returning our nation to its constitutional foundation. If they can convince us “We  the people” are out-gunned politically, things will go back to “normal.” The constant barrage of anti-Trump rhetoric being played out in Democrat impeachment hearings and on every television and radio network, is designed to wear us down and energize the other side.

So far their strategy doesn’t seem to be accomplishing anything but taking the spotlight off the weak field of Democrat candidates vying for a chance to run against President Trump.  The Democrats have accomplished nothing noteworthy in this session that would get their base fired up–certainly nothing to compete with President Trump. Their only hope is to score big on impeaching the Orange Man, hoping that momentum will carry over to next November.

As you’ve noticed, Republican so-called leadership in the Senate has done absolutely nothing of consequence to defend our president from these attacks. The traitor career politicians wearing the Republican moniker may have more to lose if Trump is reelected and conservatives win another victory.

It’s always possible that enough Deep State politicians, posing as Republicans, would be willing to fall on their swords during an impeachment trial to save the Deep State.

You may also enjoy: