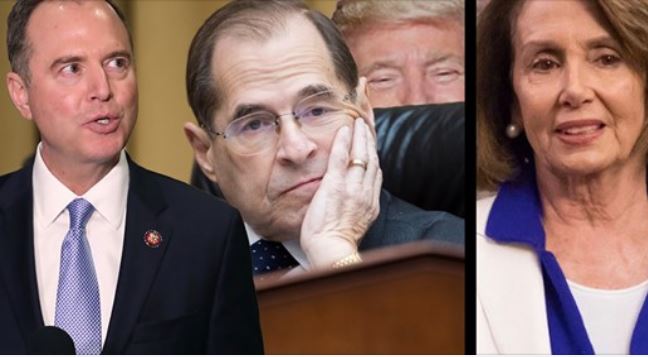 Opinion| Lawrence David| Readers of this column know that we believe the Pelosi-Schiff impeachment effort is a desperate attempt to muddy the waters around corruption as we wait for the more serious investigative reports from non-partisans, Inspector General Michael Horowitz and U.S. Attorney John Durham.

That’s what makes these hearings so remarkable.  Nothing that we’ve learned has helped the Democrats’ cause.  Unless hurt feelings should govern how the president should make decisions.

So far, Democrats have called three witnesses.  Wednesday’s witnesses, both career bureaucrats, failed to lay a glove on President Trump.  In fact, they admitted there was no quid pro quo.

Ukraine received the aid – lethal aid that the Obama administration never released – and there was no investigation of the Bidens that was supposedly the quo.

Today’s star witness was Obama’s ambassador to Ukraine, Marie Yovanovitch.  Yovanovitch was neck deep in the Obama administration’s use of Ukraine for corrupt purposes.

In 2016, Yovanovitch was the ambassador while The State Department colluded with Ukraine to develop damaging information against candidate Trump and his associates.

Yovanovitch almost certainly had knowledge that Clinton operative Alexandra Chalupa was a Ukrainian-American activist working for the DNC.

Yovanovitch made requests to the Obama administration to conduct surveillance on pro-Trump journalists.

Ukraine was literally swimming in corruption of all kinds.  And, Yovanovitch was, or should have been, aware of all of it.

Today an atomic sledgehammer was dropped during the proceedings when Elise Stefanik (R-NY) got Yovanovitch to admit the Obama White House had briefed her in the event Congress questioned her about Hunter Biden and Burisma Holdings.

On Wednesday, Deputy Assistant Secretary George Kent told the committee that he was so concerned about corruption questions related to Burisma that he asked USAID to cease its association with Burisma.  USAID is a division of the State Department.

Today, Yovanovitch told us that the Obama White House knew that the vice president’s son was up to his eyeballs in the corruption at Burisma.

Contrary to her opening statement, former Ambassador Marie Yovanovitch later admitted under questioning that Obama-Biden officials prepared her to answer questions about Hunter Biden's role on the board of Ukrainian gas company Burisma during her 2016 confirmation hearing. pic.twitter.com/GrGOxThFyC

Congresswoman Stefanik also used her last twenty seconds to get Yovanovitch to confirm that the Obama administration had never provided lethal aid to Ukraine and that only President Trump had.

Pelosi has to be asking herself why she ever thought these hearings would be a good idea?