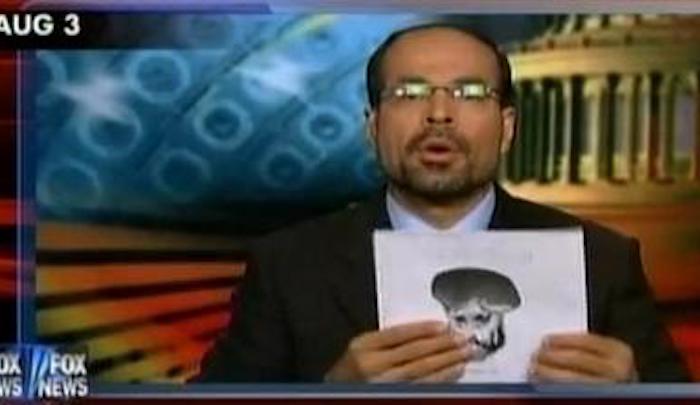 “Islam isn’t in America to be equal to any other faith, but to become dominant,” Omar Ahmad told a 1998 audience in California.

“A strong CAIR equals a strong community,” he said Saturday during CAIR’s national fundraising banquet. “A strong community will produce a strong, and confident and successful Muslim … We are as strong as your support for CAIR.”

“So I’m telling you tonight we are going to work in the next years, Inshallah (God willing], to elect at least 30 Muslims in the Congress,” he said. “This number is equivalent to our size and our potential as American Muslims. Including at least two [U.S.] senator Muslims.”

Steven Emerson of The Investigative Project on Terrorism writes:

His math is a little off.

Thirty additional Muslim members of the U.S. House and Senate would constitute 5.6 percent of Congress. But that’s better than double the anticipated Muslim American population in Awad’s timeframe. According to the most recent Pew research data, there will be about 8 million American Muslims in 2050, or 2.1 percent of the total United States population.

As the community grows, it is likely more Muslim Americans will be elected to Congress as a natural progression, just like members of other immigrant communities in American history. But CAIR’s ideal is aimed primarily at elevating one kind of Muslim, conservative Sunnis, when the broader community is much more diverse, including secular, reform-minded leaders.

He also envisioned Muslim federal judges, and a justice on the U.S. Supreme Court. He urged younger Muslims to “study the fields of communications, law, film making. Yes, we need our own Hollywood production studio.”

“Islam isn’t in America to be equal to any other faith, but to become dominant,” Ahmad told a 1998 audience in California.

He served as CAIR’s national board chairman until 2009. But Awad made a point of recognizing Ahmad during Saturday night’s banquet, which marked CAIR’s 25th anniversary. “May Allah bless him for planting the seed for what it will be a historic organization that made history for Muslims and other Americans,” Awad said.

The two worked together before starting CAIR. Ahmad spent two years as president of the Islamic Association for Palestine (IAP), which served as a propaganda arm for Hamas in the United States. Awad was the IAP’s public relations director.

Author Robert Spencer points out exactly what is going on with CAIR.

CAIR isn’t likely to have in mind patriotic American officials who happen to be Muslim, but Muslims intending to work to impose an Islamic agenda upon the U.S. Remember: CAIR is an unindicted co-conspirator in a Hamas terror funding case — so named by the Justice Department.

Considering the colonization of Muslims under Obama that continue to grow under Trump and knowing this will change political demographics in America, Ann Corcoran asks, “Why, if refugees and Muslim migrants of all stripes were eager to assimilate, did they need to place their people (representing their religion) into local, state and federal government? And, just imagine…if we would blatantly say—we want Catholics, Jews, other Christians as our leaders—wouldn’t all hell break loose in the media?”

Perhaps, it’s time Americans woke up to the ticking jihad timebomb that is counting down in our very midst.  They aren’t even hiding it now.