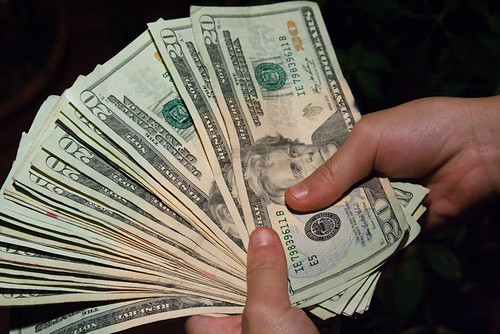 The manager in control of multiple medical clinics in Brooklyn and Queens, New York, was found guilty today for his role in a nearly $100 million health care kickback and money laundering scheme.

“Aleksandr Pikus was the architect of a massive healthcare kickback and money laundering scheme in which he and his co-conspirators stole tens of millions of dollars from the Medicare and Medicaid programs,” said Assistant Attorney General Brian A. Benczkowski of the Justice Department’s Criminal Division.  “The jury’s verdict reflects the tireless work of our dedicated prosecutors and law enforcement partners to achieve justice and protect these essential healthcare programs on behalf of American taxpayers.”

“Pikus’s health care schemes were a toxic brew of kickbacks and money laundering that streamed millions of dollars into the pockets of the defendant and his co-conspirators at the expense of the Medicare and Medicaid programs,” said U.S. Attorney Richard P. Donoghue for the Eastern District of New York.  “Today’s verdict demonstrates the resolve of this office and our law enforcement partners to protect taxpayer-funded health care programs upon which our citizens rely.”

“Mr. Pikus brazenly participated in a greed-fueled scheme that stole millions from Medicare and Medicaid,” said Special Agent in Charge Scott J. Lampert for the Office of Inspector General of the U.S. Department of Health and Human Services (HHS-OIG).  “Along with our law enforcement partners, HHS-OIG will continue to protect the public and the taxpayer funded health care programs that serve those who need them.”

“IRS Criminal Investigation is committed to ensuring that every taxpayer is measured by the same rule of law while paying their fair share,” said Special Agent in Charge Jonathan D. Larsen of the IRS Criminal Investigation’s (IRS-CI) New York Office.  “Our special agents play a critical role investigating criminal violations of the Internal Revenue Code and related financial crimes. Every day, we entrust medical service providers with our most valuable asset—our health. That is why healthcare kickbacks and money laundering schemes like this one are particularly disturbing. Today’s guilty verdict serves as a reminder that crimes like money laundering and tax fraud will not go unpunished.”

According to evidence presented at trial, Pikus and his co-conspirators operated a series of medical clinics in Brooklyn and Queens over the course of nearly a decade that submitted approximately $96 million in medical claims.  The clinics employed doctors, physical and occupational therapists, and other medical professionals who were enrolled in the Medicare and Medicaid programs.  In return for illegal kickbacks, Pikus and his co-conspirators referred beneficiaries to these health care providers, who submitted claims to the Medicare and Medicaid programs, the evidence showed.  Pikus then laundered a substantial portion of those proceeds through companies he and his co-conspirators controlled, including by cashing checks at several New York City check-cashing businesses; he and his co-conspirators then failed to report that cash income to the IRS.  Pikus used that cash to enrich himself and others and to pay kickbacks to patient recruiters, including ambulette drivers, who, in turn, paid beneficiaries to receive treatment at the defendant’s medical clinics.  The evidence further established that Pikus used shell companies and fake invoices to conceal his illegal activities.

More than 25 other individuals have pleaded guilty to or been convicted of participating in the scheme, including physicians, physical and occupational therapists, ambulette drivers, and the owners of several of the sham shell companies used to launder the stolen money.

This case was investigated by the HHS-OIG and IRS-CI, and was brought as part of the Medicare Fraud Strike Force, under the supervision of the Criminal Division’s Fraud Section and the U.S. Attorney’s Office for the Eastern District of New York.  Assistant Chief A. Brendan Stewart and Trial Attorneys Sarah Wilson Rocha and Andrew Estes of the Fraud Section are prosecuting the case.

The Fraud Section leads the Medicare Fraud Strike Force.  Since its inception in March 2007, the Medicare Fraud Strike Force, which maintains 15 strike forces operating in 24 districts, has charged more than 4,200 defendants who have collectively billed the Medicare program for nearly $19 billion.  In addition, the HHS Centers for Medicare & Medicaid Services, working in conjunction with the HHS-OIG, are taking steps to increase accountability and decrease the presence of fraudulent providers.