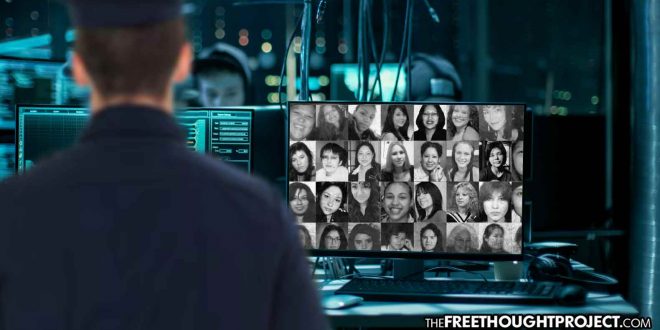 California — In what police accountability activists are claiming is not an isolated incident, more than 1,000 law enforcement officers accessed the California background check database for personal reasons. The Sacramento Bee (Sacbee) reported the criminal background searches have absolutely nothing to do with the work the police officers do. Instead, the searches are indicative of police officers committing crimes in some cases for friends and family.

As an example, the SacBee uncovered the criminal case against San Francisco police Sgt. John Haggett. Haggett pleaded guilty to misusing the Department of Motor Vehicle’s database and was convicted of a misdemeanor, forced to pay $150 in restitution fees, and allowed to resign with his full pension after serving 30 years as a lawman.

However, what he was alleged to have done was used his login and password to have run criminal background checks on three individuals through the department’s database, the FBI’s database, and the DMV, all for his girlfriend because she wanted background checks on her tenants. The individuals who Haggett searched were, indeed, her tenants. It’s unclear how long Haggett had been using his position in law enforcement for his own personal gain.

Haggett is just the tip of the iceberg, however.

When speaking with police accountability activists, such as TFTP’s Matt Agorist, the belief is the practice is not at all limited to California law enforcement personnel. Accessing local, state, and federal databases for personal gain is one grey area where cops have largely been held unaccountable. After all, as TFTP has consistently reported, cops can create a probable cause for almost any action they take, including accessing your private data.

In September, CBS News investigated the phenomena of police officers illegally accessing databases for their own personal reason and gain. CBS concluded the problem is rampant and no governmental agency is keeping track of the violations:

No single agency tracks how often the abuse happens nationwide, and record-keeping inconsistencies make it impossible to know how many violations occur.

In other words, cops do it, they act with impunity, and no one seems to  care enough to put actionable preventative measures in place — even when these searches result in rapes.

CBS News continued, citing the only available disciplinary statistics which the Associated Press could locate:

[The] AP, through records requests to state agencies and big-city police departments, found law enforcement officers and employees who misused databases were fired, suspended or resigned more than 325 times between 2013 and 2015. They received reprimands, counseling or lesser discipline in more than 250 instances, the review found.

Just as in other, even more serious crimes involving law enforcement personnel, often records request violations resulted in very little punishment if any towards cops:

Unspecified discipline was imposed in more than 90 instances reviewed by AP. In many other cases, it wasn’t clear from the records if punishment was given at all. The number of violations was surely far higher, since records provided were spotty at best, and many cases go unnoticed.

Administrative leave (usually paid) is what often happens when cops get caught doing something they shouldn’t, even though some of those crimes would land the average citizen in jail. What the SacBee, CBS, and the AP all found was unanimous. Crimes are being committed by cops who are misusing records databases, and they’re getting away with yet another slap on the wrist if there’s even any punishment at all.

The crimes are not limited to buddy favors either. Alexis Dekany was stalked by her ex-boyfriend, an Akron police officer. Dekany described her horror learning her stalker, a cop, used his position to access her private information in order to terrorize her. She said, “It’s personal. It’s your address. It’s all your information, it’s your Social Security number, it’s everything about you…And when they use it for ill purposes to commit crimes against you — to stalk you, to follow you, to harass you … it just becomes so dangerous.”

The unauthorized searches demonstrate how even old-fashioned policing tools are ripe for abuse, at a time when privacy concerns about law enforcement have focused mostly on more modern electronic technologies. And incomplete, inconsistent tracking of the problem frustrates efforts to document its pervasiveness.

So just in case you think you’re safe if you’ve done nothing wrong, remember this. If a pervert cop thinks you’re beautiful, after he/she pulls you over in a traffic stop, they can use the address they find when you hand them your license to later come to your door and ask you out on a date.