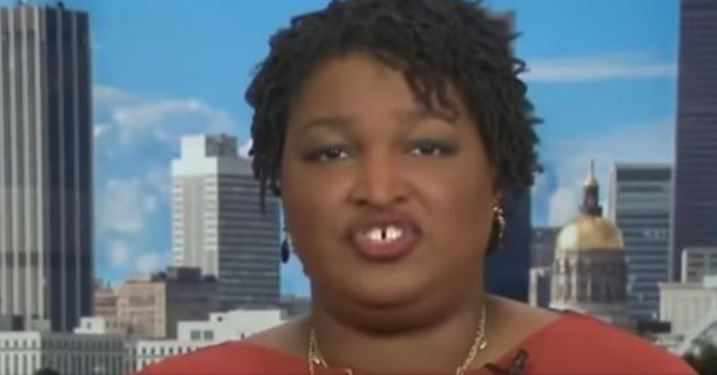 (TNS) We’ll never forget the time when, in 2008, shortly after her husband closed in on the Democratic presidential nominee, that the very privileged Michelle Obama declared it was the “first time” she was proud of America.

“For the first time in my adult life, I am really proud of my country because it feels like hope is finally making a comeback,” she said in March of that year with her Ivy League mouth, having “graduated from Princeton and Harvard Law School and won a job at a high-paying Chicago law firm—who was in some way a beneficiary of affirmative action,” according to Newsweek’s Evan Thomas at the time.

Of course, she and hubby Barack would go on to badmouth our republic for eight long years, proclaiming as often as possible that despite all of the progress in civil rights and the fact that voters twice elected a black man as president, America still ‘had a long way to go’ to shed our ‘racist history.’

Well, of course, if past events are part of a country’s history, there is never any ‘getting over it’ — at least for the Garbage Party, which uses race (and class, and sex, and religion, and economics and everything else) to create victims and then convince them only Democrats can ‘make things better’ for them.

Nevertheless, Democrat minorities continue to blast away at our country’s founding principles and institutions, especially when they lose elections.

She’s never gotten over the fact that she lost the 2018 Georgia governor’s race by a healthy margin — 50,000 votes, in fact. She lost because of “racism,” you see, and not only that, the whole U.S. electoral process is inherently “racist.”

So, Abrams sprinkles in a few facts widely out of context and suddenly she’s an expert on the electoral college and American history.

Marc Schulman at History Central explains the real reasons why our founders created the electoral college:

The Electoral College was created for two reasons. The first purpose was to create a buffer between the population and the selection of a President. The second as part of the structure of the government that gave extra power to the smaller states.

The first reason that the founders created the Electoral College is hard to understand today. The founding fathers were afraid of direct election to the Presidency. They feared a tyrant could manipulate public opinion and come to power.

Were slaves counted as three-fifths of a person for the purposes of padding the South’s population? Yes. It was a compromise with Southern states, where slavery was prevalent, to get them to agree to ratify the Constitution…so, you know, we could actually start the country. We fixed this at a huge cost a few decades later when we fought the Civil War.

Were early Americans fearful of allowing first-generation immigrants the right to vote? Yes; first-generation immigrants had no ties to the country, culturally or socially. The founders and their early descendants had spent years fighting the British to become a country in the first place, then it took a gargantuan effort to get a government formed. Why would early Americans welcome hordes of people from other countries who had no involvement in its founding and, thus, no cultural or political ties, a say? Shouldn’t they and their prodigy be required to assimilate first and learn American history and culture?

Of course. And that hasn’t changed today; first-generation immigrants and non-citizens, for the most part, don’t get a say because they haven’t earned that right.

Abrams doesn’t care about these facts, however. She’s too busy stoking the fires of racial division, resentment, and hatred for personal empowerment. And it’s really getting old.

But we wonder: Do you think she’d hate the system if she’d won her election?

You know the answer to that question, don’t you?

*Some edits may have been made.