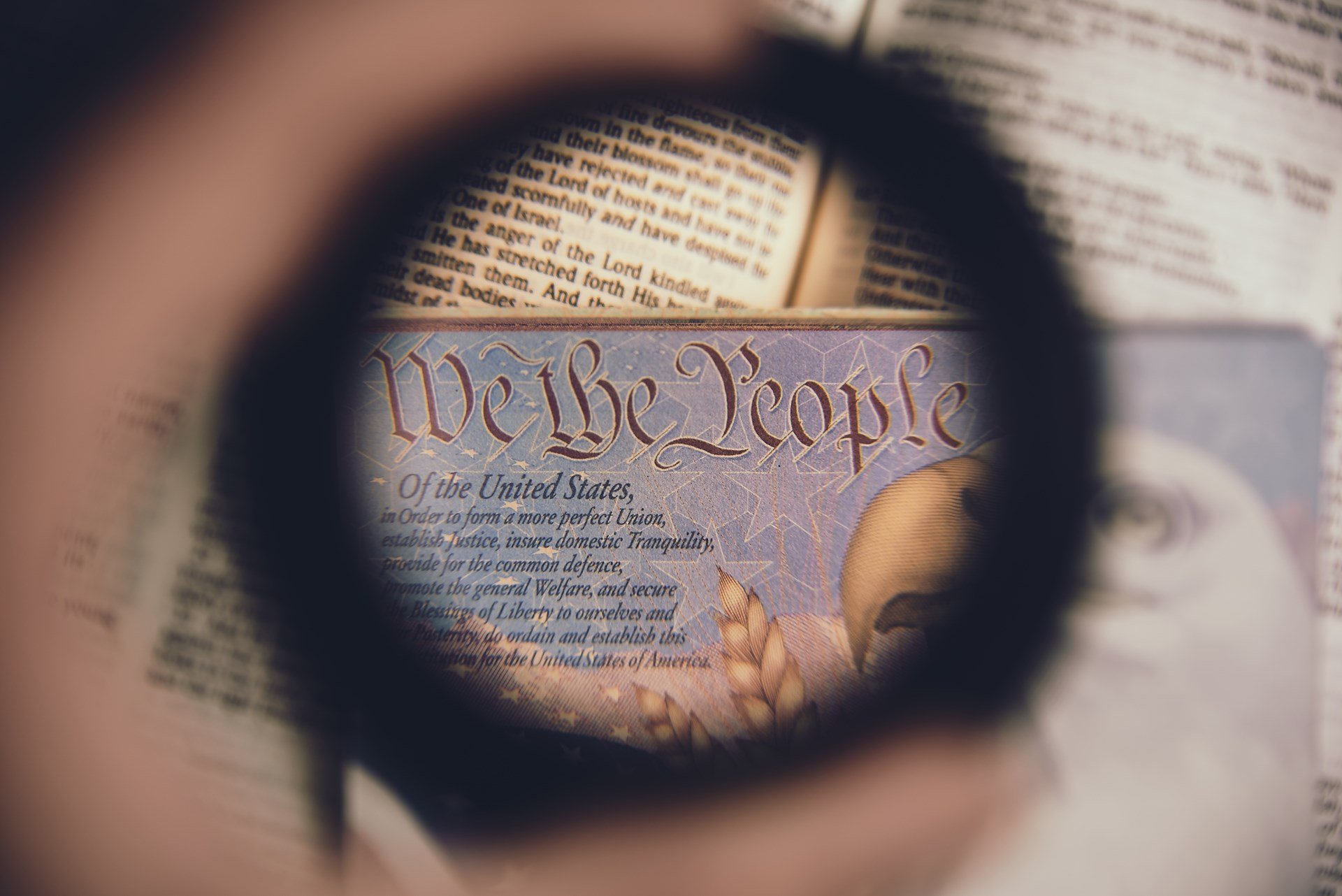 Most school kids are left with the impression that the US Constitution was the inevitable follow-up to the Declaration of Independence and the war with King George. What they miss out on is the exciting debate that took place after the war and before the Constitution, a debate that concerned the dangers of creating a federal government at all.

Everyone knows about the Federalists who pushed the Constitution. But far less known are the Antifederalists who warned with good reason against the creation of a new centralized government, and just after so much blood had been spilled getting rid of one.

The first of the Antifederalist Papers appeared in 1789. The Antifederalists were opponents of ratifying the US Constitution as it would create what would become an overbearing central government.

What the Antifederalists predicted would be the results of the Constitution turned out to be true in most every respect.

As the losers in that debate, they are largely overlooked today. But that does not mean they were wrong or that we are not indebted to them.

In many ways, the group has been misnamed. Federalism refers to the system of decentralized government. This group defended states’ rights—the very essence of federalism—against the Federalists, who would have been more accurately described as Nationalists. Nonetheless, what they predicted would be the results of the Constitution turned out to be true in most every respect.

The Antifederalists warned us that the cost Americans would bear in both liberty and resources for the government that would evolve under the Constitution would rise sharply. That is why their objections led to the Bill of Rights, to limit that tendency.

Their Oppositions to the Constitution

Antifederalists opposed the Constitution on the grounds that its checks on federal power would be undermined by expansive interpretations of promoting the “general welfare” (which would be claimed for every law) and the “all laws necessary and proper” clause (which would be used to override limits on delegated federal powers) creating a federal government with unwarranted and undelegated powers that were bound to be abused.

One could quibble with the mechanisms the Antifederalists predicted would lead to constitutional tyranny. For instance, they did not see that the Commerce Clause would come to be called “the everything clause” in law schools, justifying almost any conceivable federal intervention—because the necessary distortion of its meaning was so great even Antifederalists couldn’t imagine the government could get away with it.

It merits remembering the Antifederalists’ prescient arguments and the virtual absence of modern Americans who share their concerns.

And they could not have foreseen how the 14th Amendment and its interpretation would extend federal domination over the states after the Civil War. But despite that, it is very difficult to argue with their conclusions in light of the current reach of our government, which doesn’t just intrude upon, but often overwhelms Americans today.

Therefore, it merits remembering the Antifederalists’ prescient arguments and how unfortunate is the virtual absence of modern Americans who share their concerns.

One of the most insightful of the Antifederalists was Robert Yates, a New York judge who, as a delegate to the Constitutional Convention, withdrew because the convention was exceeding its instructions. Yates wrote as Brutus in the debates over the Constitution. Given his experience as a judge, his claim that the Supreme Court would become a source of almost unlimited federal overreaching was particularly insightful.

Brutus asserted that the Supreme Court envisioned under the Constitution would become a source of massive abuse because they were beyond the control “both of the people and the legislature,” and not subject to being “corrected by any power above them.” As a result, he objected to the fact that its provisions justifying the removal of judges didn’t extend to rulings that went beyond their constitutional authority, leading to judicial tyranny.

Brutus argued that when constitutional grounds for making rulings were absent, the Court would create grounds “by their own decisions.” He thought that the power it would command would be so irresistible that the judiciary would use it to make law, manipulating the meanings of arguably vague clauses to justify it.

Expanded judicial power would empower justices to shape the federal government however they desired.

The Supreme Court would interpret the Constitution according to its alleged “spirit” rather than being restricted to just the “letter” of its written words (as the doctrine of enumerated rights, spelled out in the 10th Amendment, would require).

Further, rulings derived from whatever the court decided its spirit was would effectively “have the force of law,” due to the absence of constitutional means to “control their adjudications” and “correct their errors.” This constitutional failing would compound over time in a “silent and imperceptible manner,” through precedents that build on one another.

Expanded judicial power would empower justices to shape the federal government however they desired because the Supreme Court’s constitutional interpretations would control the effective power vested in government and its different branches. That would hand the Supreme Court ever-increasing power, in direct contradiction to Alexander Hamilton’s argument in Federalist 78 that the Supreme Court would be “the least dangerous branch.”

Brutus predicted that the Supreme Court would adopt “very liberal” principles of interpreting the Constitution. He argued that there had never in history been a court with such power and with so few checks upon it, giving the Supreme Court “immense powers” that were not only unprecedented, but perilous for a nation founded on the principle of consent of the governed. Given the extent to which citizens’ power to effectively withhold their consent from federal actions has been eviscerated, it is hard to argue with Brutus’s conclusion.

Brutus accurately described both the cause (the absence of sufficient enforceable restraints on the size and scope of the federal government) and the consequences (expanding burdens and increasing invasions of liberty) of what would become the expansive federal powers we now see all around us.

We need to understand their arguments if there is to be any hope of restraining the government to the powers it was actually granted in the Constitution.But today, Brutus would conclude that he had been far too optimistic. The federal government has grown exponentially larger than he could ever have imagined (in part because he was writing when only direct, e.g., excise taxes and the small federal government they could finance were possible before the 16th Amendment opened the way for a federal income tax in 1913), far exceeding its constitutionally enumerated powers, despite the Bill of Rights’ constraints against it. The result burdens citizens beyond his worst nightmare.

The judicial tyranny that was accurately and unambiguously predicted by Brutus and other Antifederalists shows that in essential ways, they were right and that modern Americans still have a lot to learn from them.

We need to understand their arguments and take them seriously now, if there is to be any hope of restraining the federal government to the limited powers it was actually granted in the Constitution, given its current tendency to accelerate its growth beyond Constitutional limits.

This article is republished with permission from the Mises Institute.