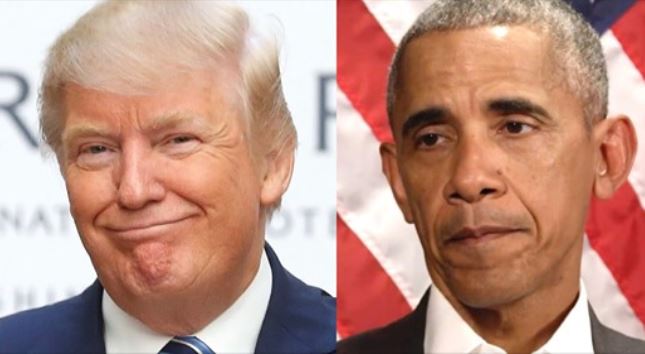 Opinion| Lawrence David| The latest charge against President Trump, unless Democrats have dreamed up one or two more since last Friday, is that by sending Rudy Giuliani to Ukraine to conduct an investigation he has breached some imaginary rule regarding the use of regular channels, only.

In a different world this would be hailed a smart move given Giuliani’s history as a highly respected crime buster.  Not in the political sewer of Washington.

Instead of arguing the merits of President Trump’s use of an ‘irregular channel’ let’s take a stroll down memory lane and compare Barack Obama’s use of similar tactics.

In response to a question about the Obama administration’s apparent indecisiveness about Iran, Michael Ledeen wrote this:

(PJ Media) They do have a strategy, but they prefer to appear indecisive. That’s because the strategy would likely provoke even greater criticism than the false confession of endless dithering.

The actual strategy is detente first, and then a full alliance with Iran throughout the Middle East and North Africa. It has been on display since before the beginning of the Obama administration. During his first presidential campaign in 2008, Mr. Obama used a secret back channel to Tehran to assure the mullahs that he was a friend of the Islamic Republic, and that they would be very happy with his policies. The secret channel was Ambassador William G. Miller, who served in Iran during the shah’s rule, as chief of staff for the Senate Select Committee on Intelligence, and as ambassador to Ukraine. Ambassador Miller has confirmed to me his conversations with Iranian leaders during the 2008 campaign.

Ever since, President Obama’s quest for an alliance with Iran has been conducted through at least four channels:  Iraq, Switzerland (the official U.S. representative to Tehran), Oman, and a variety of American intermediaries, the most notable of whom is probably Valerie Jarrett, his closest adviser. In recent months, Middle Eastern leaders reported personal visits from Ms. Jarrett, who briefed them on her efforts to manage the Iranian relationship. This was confirmed to me by a former high-ranking American official who says he was so informed by several Middle Eastern leaders.

Making this ‘back-channel’ even more sketchy,when Obama’s envoy first made contact with Iran he was a senator.

That was before Obama was president.  His minions, likely after consulting with him, continued using ‘irregular channels’ after the election of Donald Trump.

Kerry was meeting with a hostile foreign enemy without authority, Giuliani had that authority when President Trump told the President of Ukraine (a friendly foreign state) that he’d be grateful if he helped the president’s envoy in accordance with the MLAT agreement between both countries.

The only reason impeachment Chairman Schiff and his handler, Speaker of the House Nancy Pelosi would even attempt to charge Trump with such a baseless allegation is because they know their allied media propagandists won’t call them on their hypocrisy.

This article originally appeared at Illicit Info OPINION Blog and was republished with permission.
*Some edits were made.
Scroll down to leave a comment!
Join us at SPREELY if you want REAL NEWS without the leftist censorship!Dean James at Right Wing TribuneGod Bless.
Share
Tweet
Share
Pin