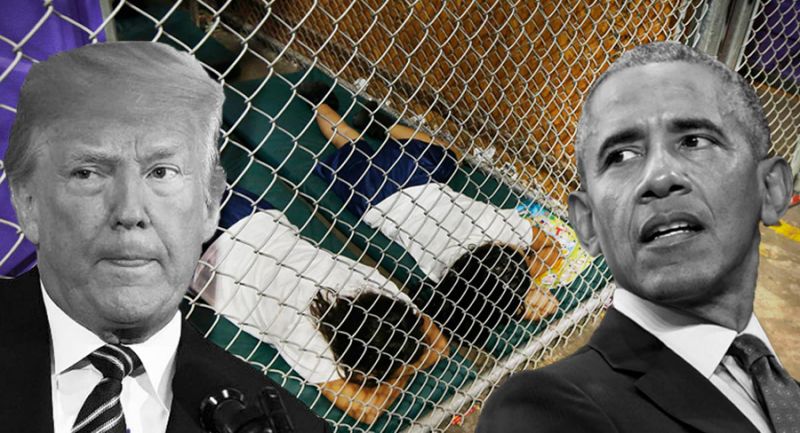 Well, the fake news press has done it again- they blamed President Trump for something that happened under the Obama administration.

These outlets jumped the gun by publishing articles based on a report from the United Nations, writing Monday that the country has the world’s highest rates of detained children. The outlets reported that there are currently more than 100,000 children in immigration-related custody, which violates international law.

Shelby Talcott at the Daily Caller News Foundation reports that a day later, Reuters and AFP deleted their stories after the U.N. clarified the numbers were from 2015, when President Barack Obama was in office. Neither outlet immediately responded to a request for comment on why they deleted the entire story, instead of issuing corrections and updating to reflect the numbers were from 2015.

The page where the article was featured now has a retraction on Reuters.

“A Nov. 18 story headlined ‘U.S. has world’s highest rate of children in detention -U.N. study’ is withdrawn. The United Nations issued a statement on Nov. 19 saying the number was not current but was for the year 2015. No replacement story will be issued,” it reads.

AFP also retracted its entire story, tweeting Tuesday that the author of the report clarified the numbers.

AFP is withdrawing this story.

We will delete the story. https://t.co/p30UjEWl7u

NPR and Aljazeera have not updated or deleted their respective stories on the report as of the time of publication. Neither immediately responded to a request for comment from the Daily Caller News Foundation.

“The expert also says the Trump administration’s family separation policy is ‘absolutely prohibited’ by the Convention on the Rights of the Child,” the article reads, even though the numbers were from the Obama administration.

The report’s author is Manfred Nowak, a human rights lawyer, who appears to have bungled the report as well.

“Nowak said his team estimates that the U.S. is still holding more than 100,000 children in migration-related detention,” the NPR article reads.

Of course they will not be factchecked by the liberal minions and nobody will lose their livelihood by having their pages purged by Facebook which is what happened to our company for no reason at all.