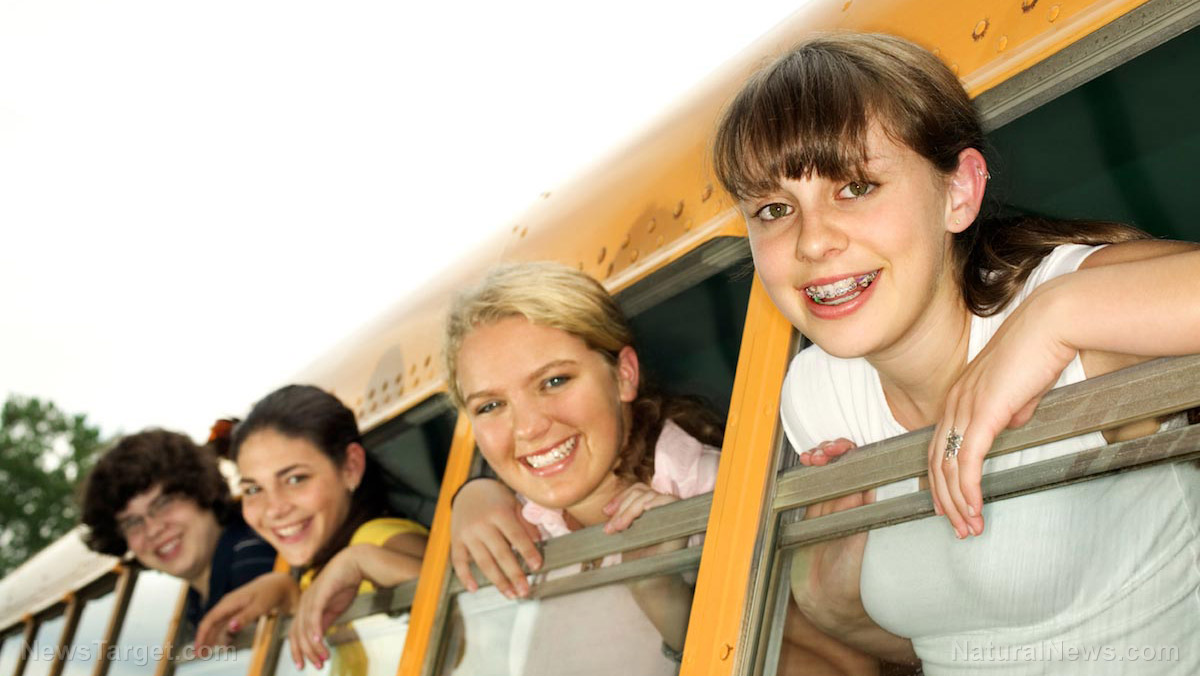 (Natural News) The greatest challenge in covering the actual events taking place in our world today is that most people still don’t recognize the level of depravity, perversion and evil that has overtaken liberals and Democrats. So they can’t mentally grasp the reality of what’s actually happening all around them because it’s “unthinkable.”

So when a 16-year-old Colorado girl was “violated” by sexually explicit role playing assignment in public school — where she was required to role play rape and sodomy concepts while the teacher demanded she read out loud lines like, “fu##ed in the a–” and similar language — most people dismiss the reality because they can’t fathom it being real.

But it is real. And it just happened in Steamboat Springs, Colorado.

Here’s the picture of the girl, Skylar Cason, and her father Brett: 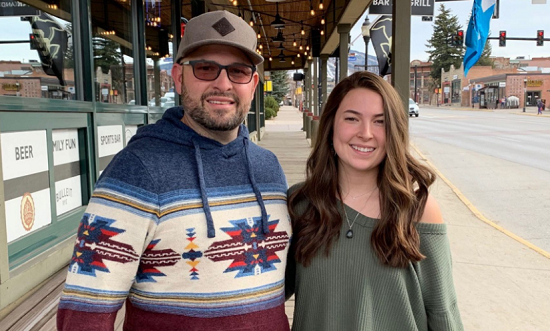 Skylar is 16 years old and attends public school in Colorado. Her teacher required Skylar to role play sexually explicit rape and sodomy scenarios in front of the class, where she was required to read out vulgar lines from a poem known as “Howl,” which include explicit words and phrases like “c–t” and “granite c–k.”

As Fox News reports, “In another assignment students were asked to review a song that talked about sexting and offering sexual favors to a teenager, something that “blindsided” school officials when they found out about it from Cason.”

Some of the lines from the “Howl” poem, all required to be read by Skylar, are:

“let themselves be fu–ed in the a– by saintly motorcyclists, and screamed with joy”

“sweetened the snatches of a million girls trembling in the sunset”

“who blew and were blown by those human seraphim, the sailors, caresses of Atlantic and Caribbean love”

The rest of the poem reads like the crazed rantings of a mentally ill psychopath. The poem’s author, Allen Ginsberg, is of course celebrated by Leftists as some sort of genius thought leader of left-wing culture. In truth, he was just another insane person who took too many recreational drugs and managed to find traction by translating his twisted, graphic hallucinations into “poetry.” Ginsberg died in 1997 from liver cancer — no surprise — and was known throughout his live for promoting illegal drug use and sexual promiscuity, including homosexuality.

Not surprisingly, he also promoted socialism. Critics called his work “indecipherable.” Much of it is flatly incoherent, which is exactly what made him a cultural hero among the mentally ill “progressives” who are almost universally obsessed with the idea of self-annihilation and the destruction of innocence. Perhaps that’s why teachers in Colorado public schools now require students to act out Ginsberg’s madness — because it’s a very effective form of brainwashing and psychological terrorism to prepare students for the left-wing rape culture and pedophilia training that now features “Drag Queen Story Hour” perverts and convicted pedophiles reading books to children in public libraries, all while progressive parents celebrate their children being made “tolerant” of transgenderism, pedophilia and rape.

And Jeffrey Epstein didn’t kill himself.

Meeks has issued an apology letter to parents, lamenting that fact that, “they were not given advance notice that would have allowed them to opt their child out of participating.”

Incredibly, Meeks did not say that the teacher did anything wrong or that children in his school district should not be subjected to sexually explicit rape training exercises in class, only that parents might be able to “opt their child out” if they happen to be given notice of the planned training exercises… and of course no notice was given.

Thus, Brad Meeks is in effect endorsing the sexually explicit rape training agenda in his school district, which is of course entirely consistent with a school system that’s run by demonic entities who prey on children for their own perverted sexual pleasure. Teachers have become the predators, and students are the “fresh meat” to be preyed upon in Democrat-run public schools, where almost every teacher, counselor and administrator is a left-wing, Trump-hating, transgender-pushing lunatic.

Even more shocking is the fact that the “Howl” poem required to be role played by students in public school celebrates “Moloch,” the ancient pagan god of child sacrifice. 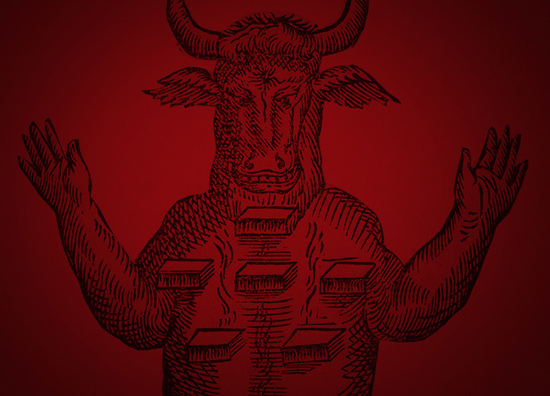 From the “Howl” poem, here are some of the snippets citing Moloch:

Moloch! Children screaming under the stairways! …

Moloch who entered my soul early! Moloch in whom I am a consciousness without a body! Moloch who frightened me out of my natural ecstasy! Moloch whom I abandon! Wake up in Moloch! Light streaming out of the sky! …

These are not merely the twisted rantings of a mad man, but rather the demon-infested screams of a human skin bag possessed by demonic spirits in desperate need of an exorcism.

And this is exactly what many Democrats have become: Demon-infested vile creatures of death, pain and suffering that prey on children. The horrifying truth is that these demon-infested nightmare lunatics are now running most of the public schools across America.

Read my article to learn more: Making the case that many Democrats are no longer human, but rather biological vessels of “Demonic Obsession”.

This is not unusual: Public schools are now demon-celebrating pedophilia rape training centers to indoctrinate youth and prepare them for repeated rapings by Democrat elitists

Here in the independent media, we’ve sounded the alarm on the rampant pedophilia indoctrination and sexually explicit rape training of youth, warning that public schools would be transformed into precisely the kind of traumatic brainwashing centers that are now being reported.

A controversial sex-ed curriculum for third through eighth grades that has connections to Planned Parenthood has been approved by the Austin Independent School District, despite fierce opposition.

The curriculum “normalizes child sex” using role playing games. “Caryl Ayala, the director of Concerned Parents of Texas, told KVUE that the curriculum’s goal is ‘to normalize these behaviors and to teach them to children so that they can feel OK with engaging in these behaviors,’” reports The College Fix.

Now, it’s coming true even more rapidly than I had feared. In Colorado, there is no action being taken against the school teacher who subjected 16-year-old Skylar Cason to sexually explicit “rape training” trauma. We’re not posting the name or photo of the teacher here, but you can see his twisted, perverted face in this Fox News story. In my opinion, he looks like a sicko child abusing pedophile. No wonder he’s not being fired.

Consider this the ultimate argument in favor of home schooling: If you don’t home school your kids, they will be subjected to rape training and pedophilia indoctrination at your local public school. And school administrators won’t even stop the evil when it’s brought to their attention because they’re part of it.

What else is coming if demon-infested Democrats rule society

Everything covered above concerns just one prediction out of 25 that I made in this November 3, 2019 article published on Natural News.

If you want to know the 24 other things that are also about to happen if Democrats rule society, read that article and prepare to weep for humanity.

We are not merely watching the dangers of a communist-oriented political ideology; we are witnessing Democrats and Leftists being consumed by demonic entities that now unleash pure evil upon this realm while pretending to be filled with “tolerance” and “love.”

The child molesters are running the schools, and the are teaching the children demonic poetry that celebrates the pagan god of child sacrifice. This is America. This is real. Yet most are asleep and living in denial.

Our culture, our rule of law, our nation and our Christian heritage is being overrun by demonic evil that has infiltrated everything: Public schools, Congress, the courts, pop culture and more. The evil has a label: “Demoncrats.”

Will you stand for life, liberty and divinity against this hellish insanity?

Schaftlein Report | Were the election results “baked in” prior to election day?! (with Gabe Rench)
November 30th, 2020 Liberty Hub